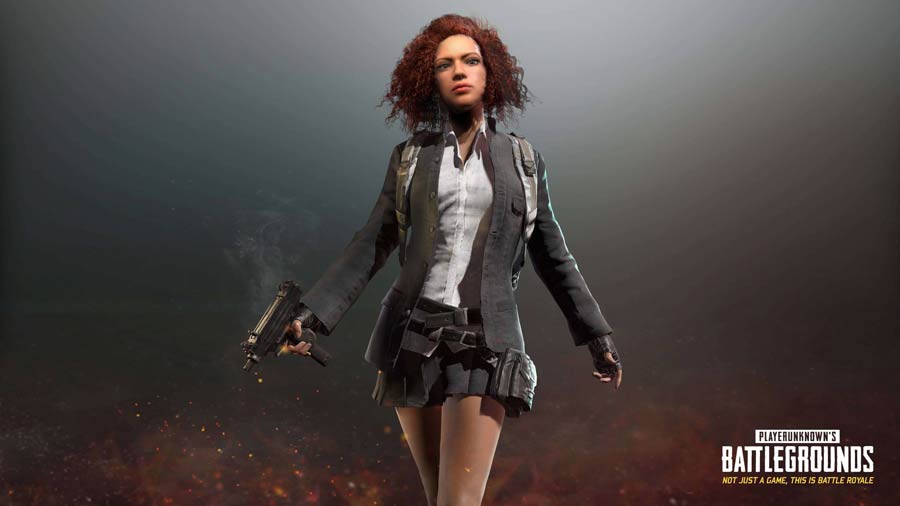 All gamers know that after spending hours playing games, visuality becomes one of the most important things above all. This is most likely because you would like to personalize what you are staring at for a long time. So having a well-known and glorious skin in the game is а great opportunity to add a little personality to their in-game characters or to show off their achievements. And this willingness of gamers can sometimes reach unbelievable points and surprise everyone as they pour tons of money just to do that. So let’s see what are the 10 most expensive skins in games right now, that might cost you a fortune.

Like we said, when it comes to skins, prices can really surprise you especially if you also want to be unique while customizing. The money amount goes up and up depending on typical factors such as rareness of the skin or how many people also want to have it and etc. So if you really want to have those skins we are about to show you down below, you better have your money or a second job in order to afford them. But whatsoever, looking or wanting them doesn’t also require money at least, right? So here are some of the most popular games with their most expensive skins for you. 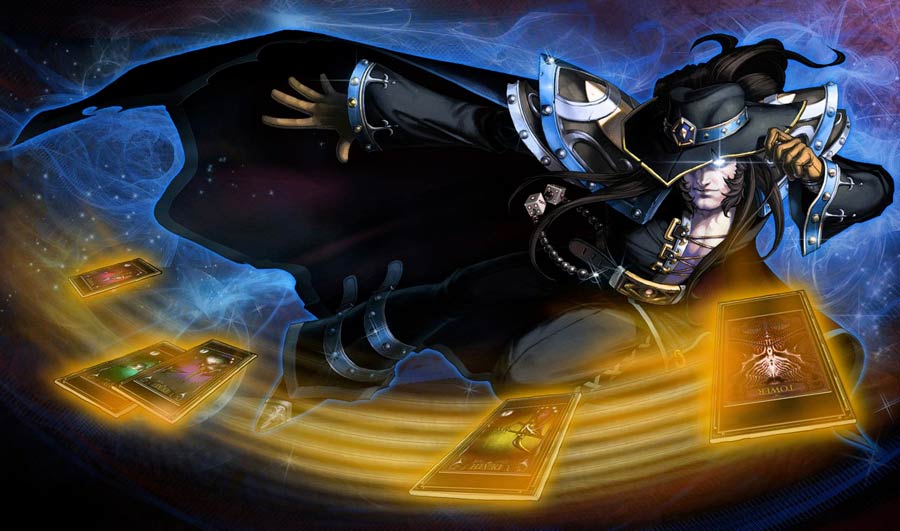 Let’s start our list with one of the most popular games all over the world, League of Legends. Back in 2009, Riot Games designed and released unique limited-edition LoL skins to thank the community for both coming to the event and supporting the studio’s game during PAX. And those days, no one could imagine how big and rare this skin of TF was going to be. Only the first 20,000 attendees that visited the League booth were able to get their hands on one as they had to get a physical code to redeem in-game to land this skin. And most of them decided to sell or trade it without knowing it would take at least $300 if they would want to wear this skin when you are waging digital war in LoL.

PlayerUnknown’s Battlegrounds has stormed out the world and become one of the most popular games around the world when it first released back in 2017. And since that day, its developer KRAFTON Inc. continues to provide tons of customizing options and also new locals for its players in order to keep gamers entertain without getting bored in a vicious circle. So PUBG’s skin market serves highly coveted cosmetics such as those new contents of new maps, weapons, and mechanics as it makes a revenue stream in the meantime.

These contents of course come along with special and expensive options as well. The Black School Uniform is one of them. A lot of PUBG players have been demanding this set so much that it has seen the price over $1,300 for purchasing. But on the other hand, one of those expensive skin among games has recently dropped to $600, though. This actually proves how important the demand factor is and this factor’s effect on the skin market’s behaviors as making it uncertain usually.

This ferocious M4A4 skin has a little scandalous history behind it, actually. It was sold for $150,000 at a record-breaking price and become one the most expensive skins of all times. But on the other hand, even though the design of this skin became wildly demanded and beloved, it came out to be a stolen design so the CS: GO team replaced the skin’s appearance after this scandal. But still, the players kept holding on to their skins. And this tempestuous history of the skins makes itself sit on the throne as being one of the most expensive and anticipated skins in games with an $8000 price tag. Recently, a gamer even purchased a variant of the skin with 4 iBUYPOWER stickers Katowice stickers for $130,000 as well! It can really be astonishing seeing how massive money have been poured for just their cosmetics, right? 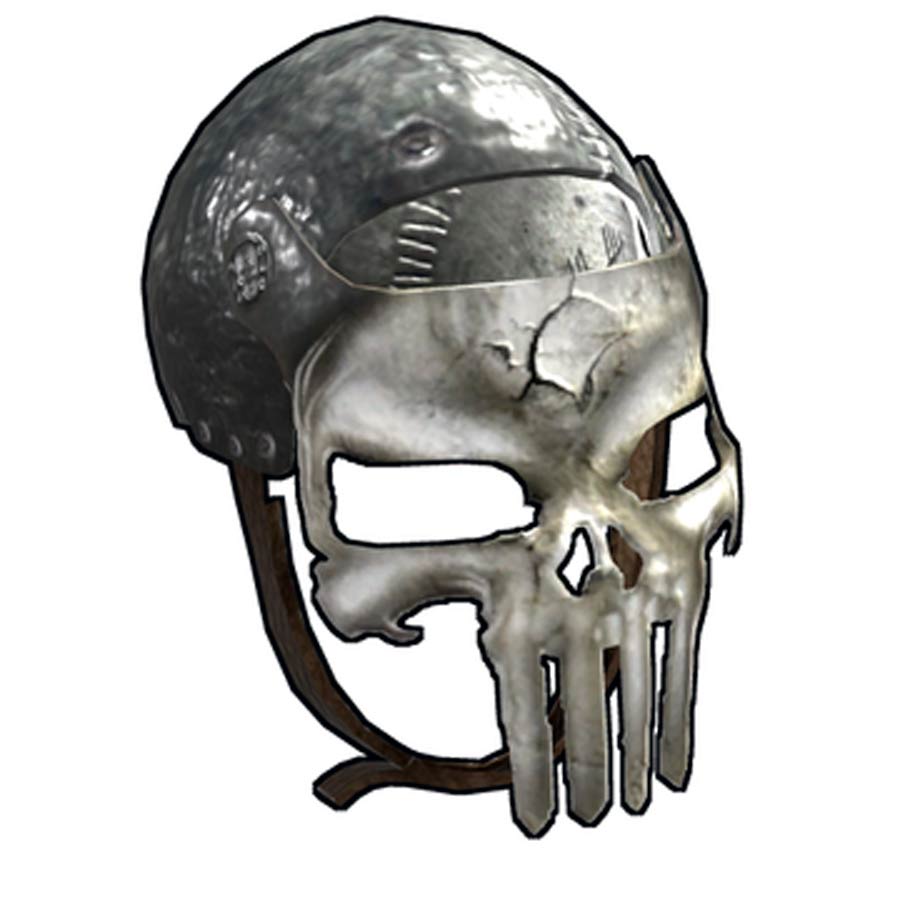 It seems that also Rust players have no reservations about spending their money on expensive skins for their game experiences, as well. We can show Punishment Mask as an example for you, which costs over $1,500 and to be valued as one of the most expensive gaming skins. But how this one could have managed to become one of the most expensive ones in Rust and reached that value? Well, it’s actually because Facepunch decided to sell only 300 copies of the Punishment Skin while other skins have been releasing with much more copies. So since there are only a few of this anticipated skin available, it is possible to see how the Punishment Mask reached its high value. So it might become more understandable for players of the game’s purchasing this skin at that price without hesitation. 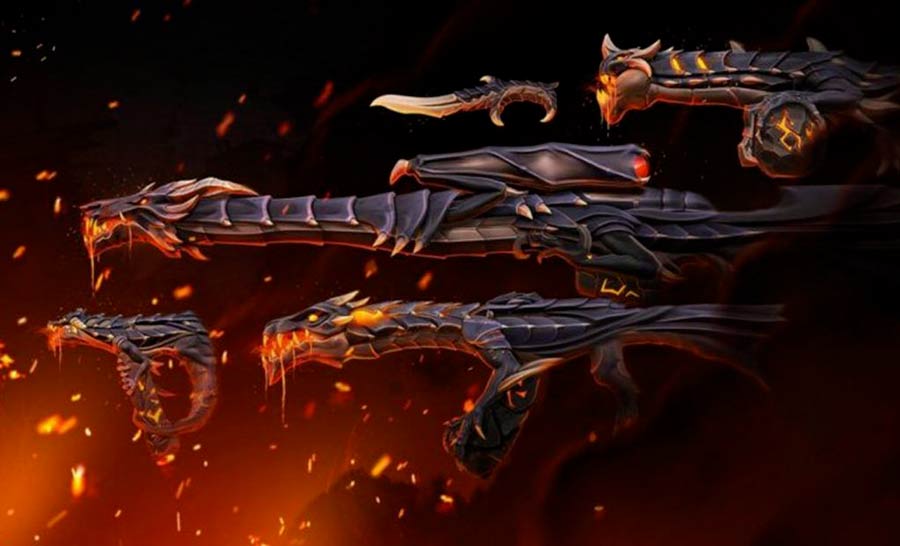 As a first-ever Ultra Edition skin of the game, it is naturally the most expensive skin of the ‘Valorant‘ game. This expensive bundle features skins for five weapons – the Tactical Knife, the Frenzy, the Judge, the Vandal, and the Operator along with their various dynamic effects and animations which transform the weapons into fully animated dragons. So it is really understandable for it to be the most expensive one. Also, Valorant of Riot games Revenue Lead Joe Lee made a statement about the high price of the skin as well and said:

“There are players who want a gun skin that has all the bells and whistles: custom reloads animations, geometry changes, alternative universes. We have plans to serve all of these needs with specific skin lines, we just need to make sure when we make something, it targets and serves a specific audience really well”.

Considering other prices we have met earlier, this one is also the most affordable one along with being the most expensive ones as well. So ‘Valorant‘ players can be assumed as the luckiest ones at least for right now, I think. We’ll see more about that later, of course. 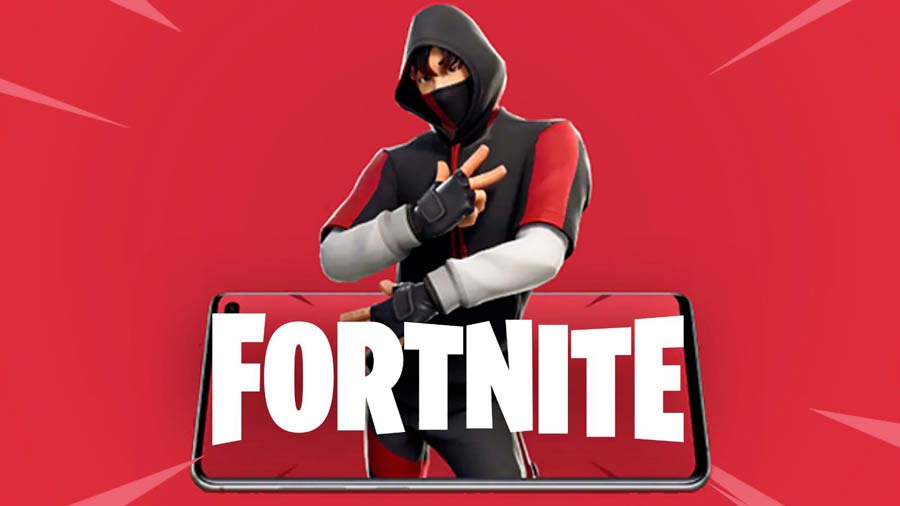 Fortnite is one of the most attractive games for all ages especially with providing tasty visual appeals with innovative skin sets and bundles. Comparing to the other games, Fortnite prices also might come much more affordable and reasonable. But if you take a look from another perspective, you will also see there some bundles might actually cost players much more than their usual price tag, $30. And this usually happens because they release those expensive gaming skins due to promotions going on with GPUs, and gaming consoles.

As an example, this bundle had been released after Jung Changwoo, one of the members of the K-pop singing group iKON, modeled for the Samsung S10 skin iKONIK. And players had to purchase Samsung S10 which cost $750, in order to get the iKONIK skin. So, it sounds very expensive especially taking it just for the skin while you were not to get a new phone to yourself. 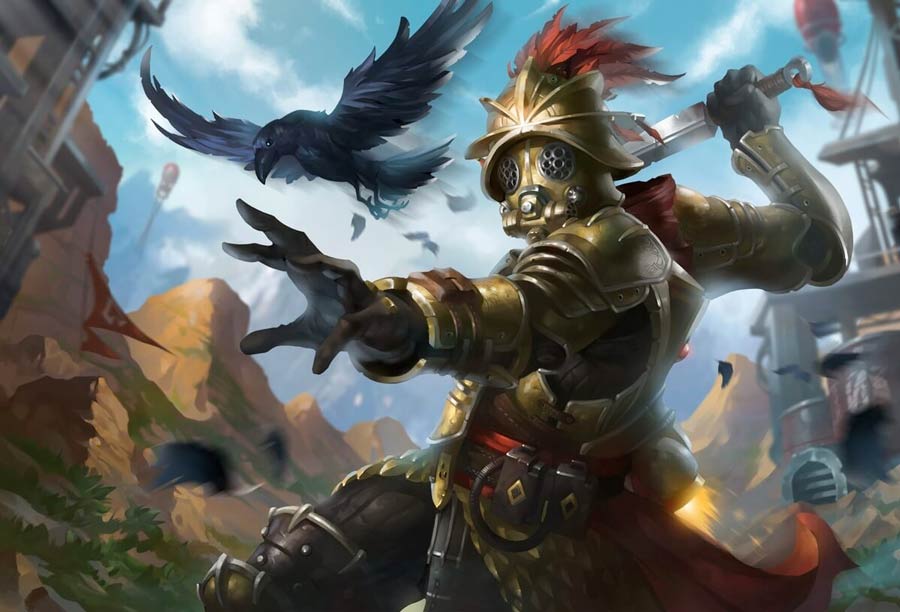 Although the Iron Crown Collection is one of the most attractive skins on the game, it also gathered lots of anger from the Apex community as well for its total cost as well. You needed to open its own packs in order to unlock a total of 24 cosmetics of the Iron Crown Collection. This means it was also up to your luck to get them without repeats for the lowest spend. And even if you have that enormous chance and luck to manage to do so, you still needed to spend $60 to purchase eight Iron Crown Packs. So this situation cost really much to players who wanted to get the collection for themselves and it became one of the most expensive gaming skin as well. 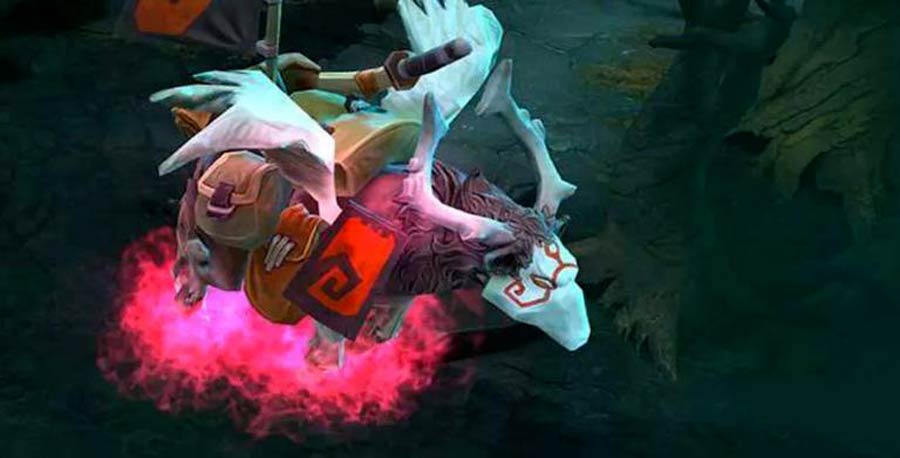 Dota 2 is one of the most played games in the world and the game times of the players are also mind-schocking high as well. That also brings the need for change most. So Dota 2 has an enormous market for everything to be customized. So there are also much more expensive ones that separate themselves with their differences as you can all understand. And according to the reports, one of the most expensive gaming skin of beloved game is the Ethereal Flames Pink War Dog which had been sold at a price of $38,000. While you can also see tons of expensive items from hundreds of dollars to thousands, how could this one make it to one of the highest price of all times?

The biggest reason is of course its uniqueness. This courier has the rarest combination of Dota 2 with its effect and color. Its pink hue really attracts people while also a glowing mist is dancing around the dog’s feet. So, considering all of this visual feast along with its rareness, some of the game’s addicts had to pour their money on this courier skin and make themselves noticeable among others of course. And it’s really not that surprising when we look at the gaming hours and people’s addictions to this game as well. So at the end of the day, it’s not that important whether it is worth it or not to be one of the most expensive gaming skin among all games, I suppose. It apparently is, at least for a group of rich fans. 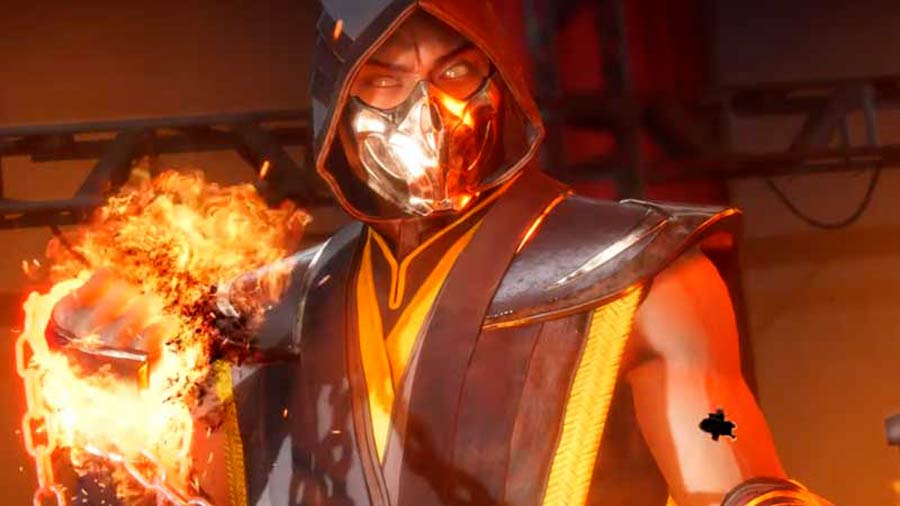 This Mortal Kombat 11 Collector Edition gives players a glorious and gaudy Scorpion mask with a price tag of at least $500. It is one of the most expensive gaming skin because it was released in the limited nature of the Collectors Edition boxes. So with its impressing appeal including the golden mask along with the golden spear and more, Gold Demon Scorpion is also among the rarest skin of the game which also makes itself one of the expensive ones, too. 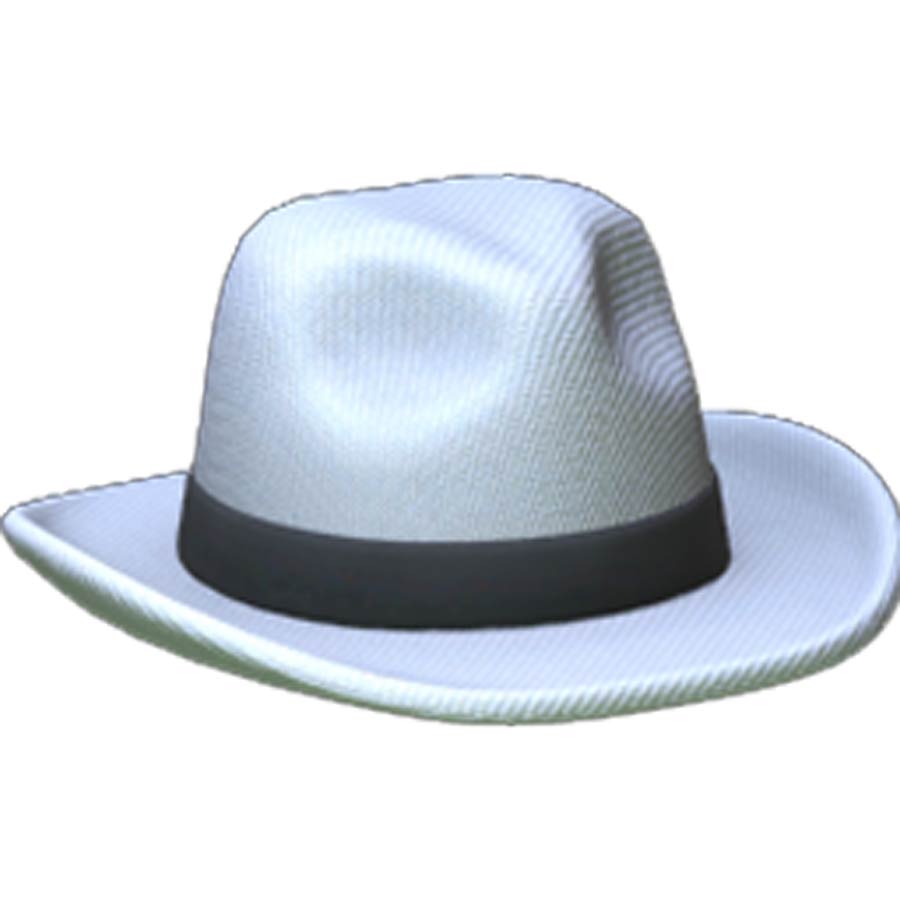 Rocket League has surprisingly become one of the most popular games by offering a cathartic experience with a motor smashing oversized footballs around. It was even a shocker that some game like that could be so fun and managed astounding overall sales of the title, so an item of the game that fetches a ludicrous asking price also makes everyone shock. And it’s just a hat, A HAT. Most of the players also seemed to be able to kill anyone to get that hat. And this hat cost $15,000, for real. But, why?

It’s mostly because this rare hat handed only out to players who helped the game developed by reporting exploits and etc. So, it’s also a presentation of getting better the community. This is the actual reason how this hat became one of the most expensive gaming skin above most of the games despite the fact the genre and old expectations of this game. Rocket League proved the opposite in so many ways and reached out to a massive group of fans along the way. So this hat is also a thank from developers.

So what do you think about spending that much money on games? And what are your favorite gaming skins? Let us know more! 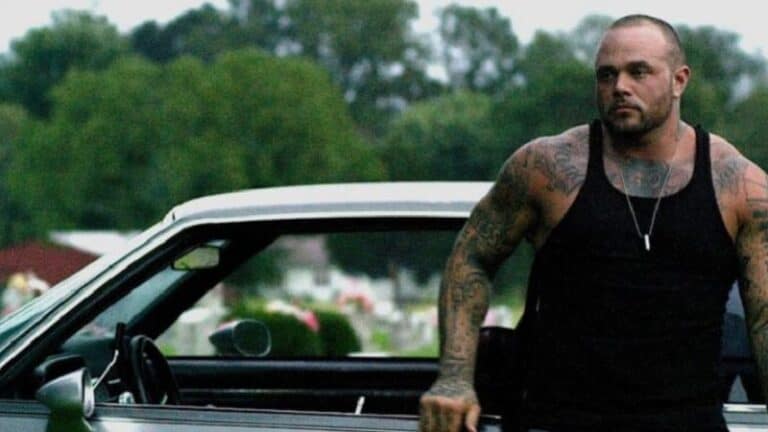 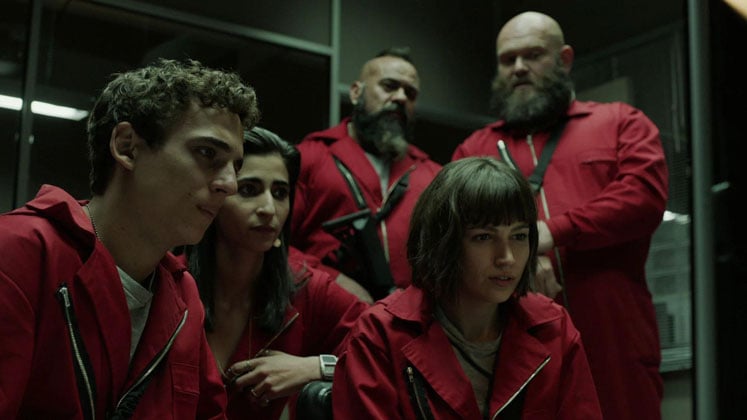 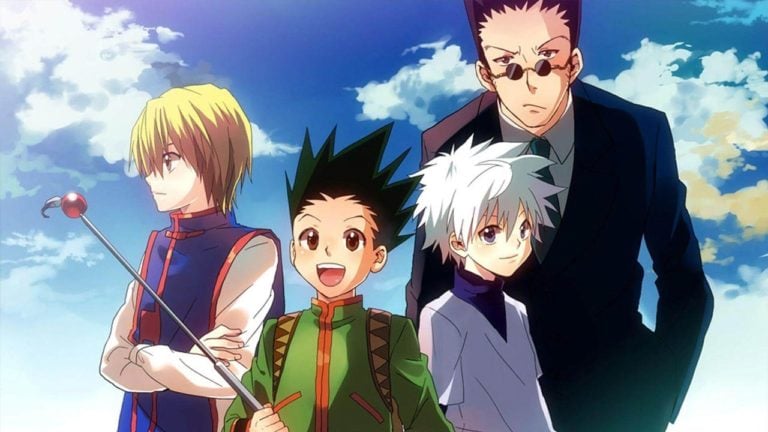 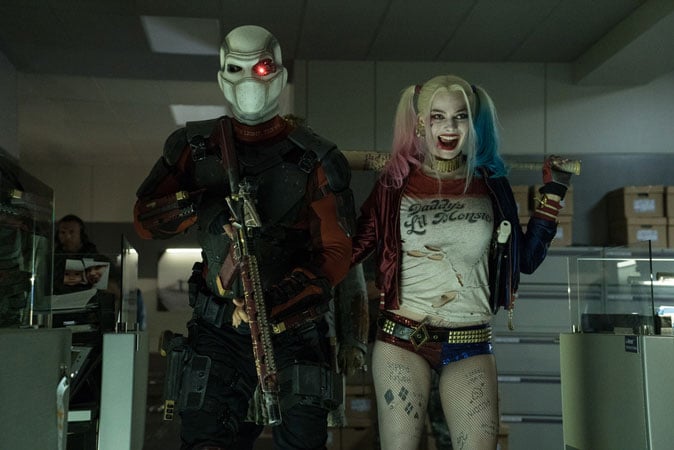