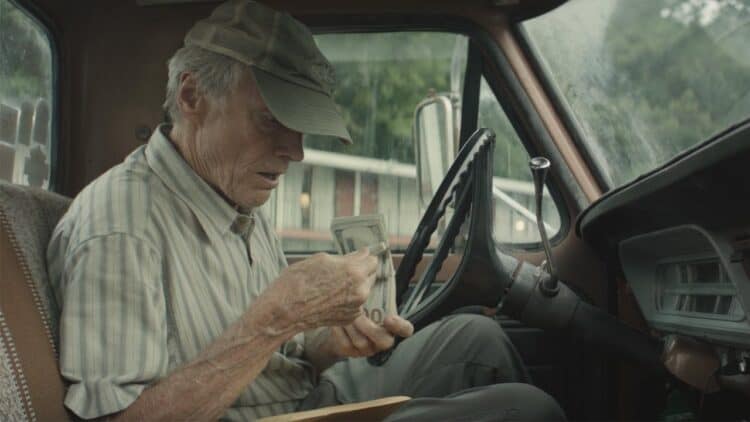 “The Mule” was released in 2018, detailing the life of one of the most unlikely individuals to transport massive amounts of drugs for a Mexican drug cartel. The film stars Clint Eastwood, who also directed the project. Inspired by true events, it is definitely one of the more interesting stories of its type. It also has an equally interesting soundtrack attached to it, complete with 16 songs. If you’re interested in listening to the soundtrack, here is each track ranked from worst to best, complete with YouTube links for each one.

The song here is used to describe the types of emotions that are often felt when someone is truly down as far as they think they can get, when they are literally holding on by a tiny little thread. The song conveys that thing we all unfortunately go through sometimes where we are holding on, hoping against hope that something will miraculously change to improve the situation.

It might seem odd that a song about flowers would show up in a movie about running drugs, but there is an important aspect to remember here. The movie essentially expresses the duality that is faced by the main character. On the one hand, he’s an elderly person who wants to retire and be with his family after serving in Vietnam. On the other hand, he’s facing a seemingly hopeless situation where he needs a lot more money than he thinks he can get through any other means. This is a song that ties all of these different aspects of his life together.

Anyone who’s ever played chess knows that it’s a game of strategy, but it’s also one that involves psyching the other player out in order to make sure things go your way. That’s exactly what this song tries to describe and it’s why it has the title that it does.

Obviously, the main character doesn’t want to be in a situation that he’s found himself in. That being said, he also doesn’t know exactly what he needs to do to remedy the situation. As the movie goes on, it becomes obvious that he feels more or less stuck in a situation that he doesn’t want to participate in, yet feels completely hopeless to get out of. This particular song serves as a perfect example to bring all those emotions to the forefront.

It’s not atypical for a movie to utilize music to show how different people play into the story, often using different sounds in order to help describe someone’s personality and set them apart from the other characters. That’s exactly what has occurred here. They’ve given this particular character a very distinct personality, one that is reflected in the music that you hear. It helps the viewer understand the key differences between the characters and serves to round out the story and make it more complete.

This is a very intense song in certain places. Utilizing various musical movements, a forceful and impactful story is told through music. It’s a song that proves how music can be used effectively to convey a wide variety of different emotions. As a matter of fact, it’s not at all uncommon for music to convey these emotions better than words.

As you might have already guessed by the title, this is a song that sounds a bit mystical. There are times when the music used here almost sounds like it could transport you to another realm, only to jerk you right back into the reality being experienced by these characters with a deafening thud.

The song here is one that is used to tie different elements of the story together. As such, you’ll hear several distinct elements in the song itself as all of these different storylines are brought together in order to create the bigger picture.

If you’ve ever been in a situation where you were competing for something and the stakes seem to be relatively high, you know that thrill that you typically feel when you realize that you’ve actually succeeded and you’re taking home the prize. That’s what the music in this particular song tries to convey. It’s all about that feeling of winning a battle or coming out ahead when you actually believed that things might go a different way.

There are two versions of this song on the soundtrack. In this particular version, you’re left with a feeling of longing. It’s a song that is about not only dealing with failure, but also confronting the demons that exist within all of us. In short, it tries to convey that emotional turmoil that a person experiences when they’re forced to look at themselves and they see something that they’re not entirely proud of.

Here you have another song that is using music to move the story forward. It ties certain elements of the story together and as such, it has distinct elements within it as well, just as in some of the previous examples.

5. Back from Vietnam (Nothin’ Suss)

Vietnam is unquestionably one of the most traumatic experiences a person could ever go through. Obviously, almost everyone that did live through it suffers from some type of Post-Traumatic Stress Disorder, often manifesting in the form of flashbacks or something similar. The music used here is eerie, almost frightening at times. That’s exactly what it’s supposed to be, as it’s trying to get the viewer to feel something on a similar platform as what a person who actually lived through such an experience might be feeling.

Again, you have a song about being forced to confront certain qualities about yourself that you might be desperately trying to hide from. Every human being has certain qualities or aspects of themselves that they don’t like, so much that it’s often difficult to face them. This is a song that conveys falling deeper and deeper into that hole until you’re forced to confront them because it’s the only way out.

As previously mentioned, there are a number of songs that are used to move the story forward from one scene to another and that’s exactly what you have here. It’s a tense song, used to convey the type of fear that a person living through this type of experience might be feeling.

2. Gavin and the Hotel (Cornel Wilczek)

In a lot of films, songs are used to set up the scene for a very specific moment. That’s what you have here. It’s a song that’s almost reminiscent of some of the older James Bond films in the sense that it sort of puts you on the edge of your seat because you know something is about to happen, yet you’re not sure exactly how things are eventually going to play out.