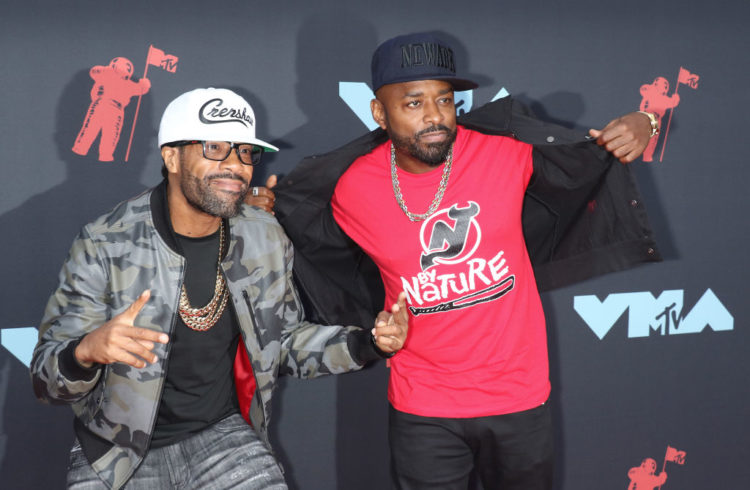 Making music and touring is sometimes very tedious and can be very hectic, so much so that the artists making the music and touring become stressed out. This pent-up anger is detrimental, and at times it causes the said artists to lash out at those around them, as innocent as they may be. There are a lot of times that this has happened. One such time is when Twista did so when things were not going as planned. Twista has been in the music industry for more than thirty years, and, as you’d expect, over the course of his career, he had had to deal with some complications, either when he was on stage or when he was recording music.

The thing with Twista is that he is a perfectionist, and he always wants things to go as planned. This is not a bad thing in itself. However, when you also consider that he is quick to anger, it makes a quite unusual combination. In an interview he did recently with HipHopDX, where he was accompanied by his long-time collaborators Toxic and DJ Tight Mike, the issue did come up. One of Twista’s guests actually told a story about an incident that happened. Tight Mike explained how Twista always wanted everything to go as planned, and he was always keen that everything went the way it was supposed to go. So, when Twista was performing on stage, the sound was not right, and this infuriated Twista so much that he actually threw the mic to the sound guy. The sound guy took this in his stride, brought back the mic to Twista, apologized, and actually made sure that the sound was fixed immediately. In hindsight, this is a very funny incident, but at the time, it was very clear that Twista was not very pleased with the quality he was putting out during the show.

The Story of the Time Redman Beat up a Sound Engineer

During the same interview, Twista told a story about Redman’s time beating up the sound engineer for reasons akin to his. For those who do not know him, Twista, whose real name is Reginald Noble, is a rapper, songwriter, and DJ who rose to popularity in the 1990s, especially after he signed with Def Jam, one of the biggest rap and Hip Hop labels at the time. According to Wikipedia, Redman, who is very close with Twista, was in a group with Method Man. Not only did the duo make and produce a lot of music, but they also appeared, either as guests or starring, in a plethora of movies, films, and television shows. Over the course of his career, it is evident that Redman was a perfectionist and that he could neither tolerate nor withstand any nonsense when it came to his money-maker and passion; music. Ever since he started his music journey, freestyling over hip-hop and funk instrumentals in parks and house parties in New Jersey and New York, you could tell that he was hungry to get to the top. One such instance that propelled him to the limelight and made him stay there was when he was on tour with EPMD. Redman was a fairly new act at the time, and only the hardcore underground rap fans actually understood what he was all about in terms of making music.

One day, while he was on tour, Redman was invited onstage by Eric Sermon to perform. Redman took the opportunity and decided to do something that he had prepared for but had not yet previewed it to the public just yet. He freestyled over an instrumental, and the freestyle was him describing himself. Still, by using every single alphabet, from A to Z, this freestyle was so smooth and artistic, the crowd went wild, and from the said tour, he signed a record deal and started putting out his own music. The amount of care and precision he put in making his albums, his album artwork, and in general, how he made his art made his fan base grow. Coming up with nothing to achieve what he achieved, Redman had no intention of letting go of the wheel and was willing to do anything to make sure that he made quality music and that his fans enjoyed him touring.

Not going as planned

After releasing his first album, Whut?Thee Album, he continued to grow in fame and stature, which proliferated, even more, when he released his sophomore album Dare Iz a Darkside. The latter debuted at number 12 on the Billboard Top 200 and was certified Gold in no time. His third album, Muddy Waters, was arguably his most successful in terms of critical acclaim. Two of the song on the album were Billboards hits, and he continued to rise in popularity. The album was so big that it was featured in the video game Grand Theft Auto: Liberty City Stories. After releasing his third album, he went on tour across the countries. During this tour, and every other tour he had gone on before this, Redman always made sure that his entourage understood that quality of sound and music was important and that he would not acquiesce to anything less.

Ergo, it should come as no surprise that during one of his tour stops, things, in terms of sound, were not going as planned. This enraged Redman, but he played it cool at first and waited for the technicians to get the issue sorted out. However, the issue was not addressed promptly enough. The longer it took the issue to be addressed, the more infuriated Redman got. You have to remember that all of this is going on while he is still on stage, and he knows that his fans have begun to lose interest in what he is doing. All of a sudden, Redman could not hold it in anymore. According to Hip Hop Dx, he cut short his performance, went straight to the sound engineer, and whooped him. Again, when telling it as a story, it is ridiculously funny in hindsight. However, at the time, it is clear that Redman was not having any nonsense whatsoever.