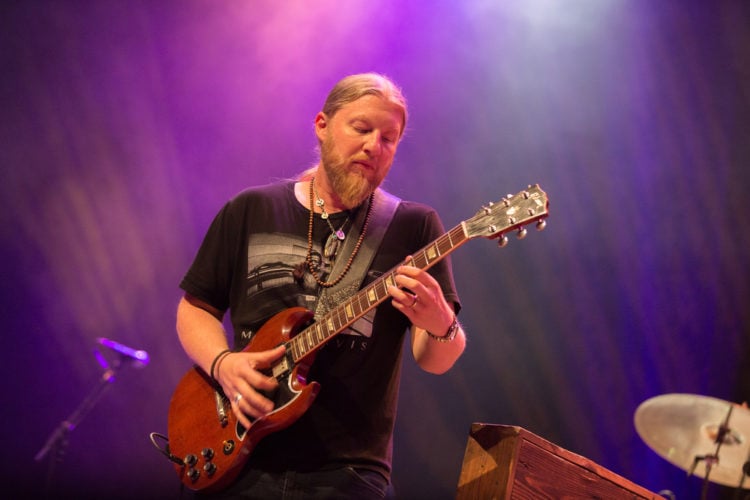 The Allman Brothers were a Jacksonville, Florida band in the rock and roll genre. They formed in 1969 with Duane and Gregg Allman, leading the other members including Dickey Betts, Jai Hoanny Johanson, Butch Trucks, and Berry Oakley. They combined jazz, country, rockabilly, and other genres to develop a distinct flavor, becoming one of the most famous bands in America during the 1970s and 1980s. Here are their 12 studio albums ranked from worst to best by critics and fans.

Ranker listed “Reach For The Sky” as the twelfth best album of the band. This is a voting site that allows fans and critics of the group to cast their votes. It results in a good cross-section of the population getting to voice their opinions. Not the most popular album of all time, but the 1980 release had its fair share of supporters who enjoyed it. Some of the most popular tracks include “Angeline,” I Got The Right To Be Wrong,” and “Famous Last Words”

“Shades of Two Worlds” was released in 1991. The album dropped a year after their “Seven Turns” album but it didn’t have the attraction that they were hoping for with audiences. While the album wasn’t bad, it lacked cohesion and seemed to blend a lot of different genres. It didn’t flow that well and seemed a bit disjointed, according to Rate Your Music voters.

“Enlightened Rogues was voted the tenth best album for the Allman Brothers. It came out in 1979, while the group was still at the apex of its popularity. Some of the best tracks on the album included “Pegasus,” “Can’t Take It With You,” “Try It One More Time,” and “Crazy Love.” The album featured southern rock and blues flavors.

“Where It All Begins” dropped in 1994. This was one of their more popular releases with a ranked score of 119 overall for the 1990s era, which isn’t bad at all. It appeared in 19 charts which shows that it was a successful album that received fan approval.

Louder Sound named “Hittin’ The Note” as the eighth-best album of the Allman Brothers’ band’s career in music. The record dropped after the death of Duane Allman and was arguably the best album since that tragedy forever changed the dynamics of the group.

Classic Rock History chose “One Way Out” as the seventh-best album for the Allman Brothers. This is one of the most respected critic sites and we had to include their opinion in ranking the band’s popularity and overall quality throughout the years.

“Brothers and Sisters” came out in 1973. The band had only been together for four years releasing studio albums. They had lost two band members at this time and the group was going through emotional and stylistic changes. The album became a big success, and it showed the surviving members’ resiliency and commitment to the music and the sound.

Ultimate Classic Rock weighs in with their choice of the fifth-best Allman Brothers band album of all time. They ranked “The Allman Brothers Band” album released in 1969 as the starting point for the top five best of all-time. This is the first studio album released by the group and it remains a favorite of both critics and fans after all these years.

“Win, Lose, Or Draw,” received mixed ratings from various fans and critics. Some put it in the top 10 and others in the top five. We give it the fourth position because of its popularity with fans the year of its release. Three albums were even more beloved as we approach the top three Allman Brothers albums of all time.

“Eat A Peach” came out in 1972. It was realized after the death of Duane Allman due to a motorcycle accident in 1971. The band pulled their act together and made a record that helped bring healing to the group and their fans. It was a time of change but they rallied their talents and put them into the music to deliver high on what the audiences were looking for. The most popular tracks on the album were “Blue Sky,” “Ain’t Wastin’ Time No More,” and “Melissa.”

“Seven Turns” came out in 1990 under the Sony record label. It’s about making choices in life. The album had remarkable continuity and meaning. It was something that audiences could relate to. The band had been through its shares of rough spots in life, and the album helped them as much as it did listeners. The sound was as classic Allman as you could get. It came after a reunion after the band went on hiatus for a few years.

“Idlewild South came out in 1970. It was their second studio album. “Idlewild South” is one that helped to establish their sound in the ears of listeners. Some of the most memorable and best songs ever performed by the group came out on this album, including Duane’s talents before his untimely demise. “Midnight Rider” and “Hoochie Coochie Man” were among the best songs on the recording. The album made it to the Top 40 charts in the United States.