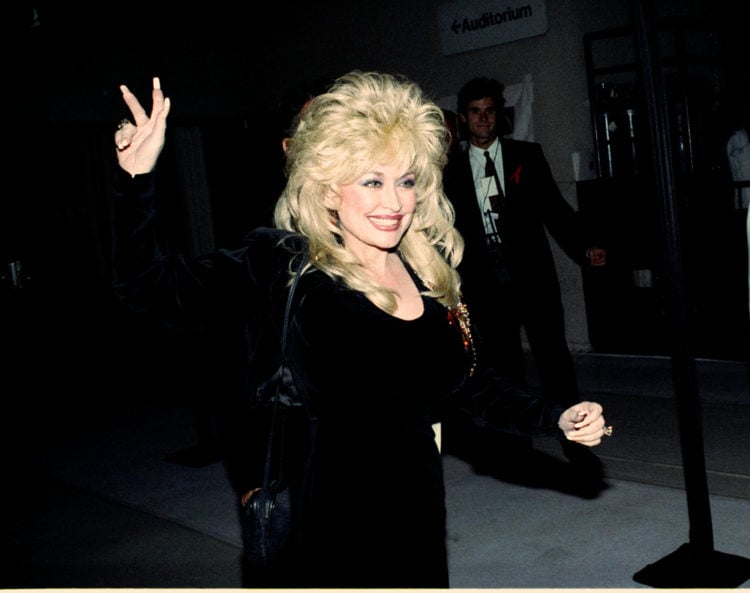 By the 1970s, country music was going through changes. A new breed of country star was taking over the charts, replacing the old school style of yesterday with a new type of outlaw glamour. Gram Parsons, Waylon Jennings, Linda Ronstadt, and dozens of others were all making as big a dent on the pop charts as the country charts, taking the genre away from the rhinestone boots and fringed shirts of the past and creating a new template for the future. That’s not to say there wasn’t still a place for pure country, it was just that the genre was getting bigger, wider, and more popular than ever before. In tribute to the decade that changed country forever, here are the 20 best country songs of the 70s.

In 1978, Don Williams strolled to the top of the charts with Tulsa Time. The rocky sound marked a change in direction for Williams, but surprisingly, it works. The following year, Eric Clapton released his own version of the song as the B-side to Cocaine. That worked too, but not quite as well as the original.

When the Glen Campbell Goodtime Hour got canceled in 1972, Campell’s output began to deteriorate. His new songs didn’t stand up to his earlier classics and his fans were slowly beginning to lose interest. But you can’t keep a good ole country boy down for long. When he heard a version of Rhinestone Cowboy, he took it on tour with him to Australia, refined it, made it his own, and in 1975, took it all the way to the top of both the country charts and the Hot 100.

According to Wikipedia, the first time Lynn Anderson heard the original version of Rose Garden on a Joe South album, she immediately fell in love with it. The record company was initially against her recording a song sung from a male perspective, but they eventually relented when she kept bringing it into recording sessions. It was lucky for them they did. Released in October 1970, it gave Anderson both her first No.1 on the country charts and her first entry on the Billboard Hot 100, where it peaked at No. 3.

As Billboard writes, it took Willie Nelson two decades to break through to the top of the Billboard Country charts, and when he did, it was with a Fred Rose classic made famous three decades earlier by the King of Country Music, Roy Acuff. Nelson’s sparse, pared-back version had nothing of the obvious commercial appeal of Acuff’s version, but then again, Nelson has always been in the business of throwing a curve bomb our way… and there’s absolutely no denying that fabulous chorus.

You can’t have a list of the best country songs of the 1970s without featuring at least one track from Linda Ronstadt, who arguably did more to popularize country music in that decade (and the decades beyond) than any other artist. Taken from the 1970 album Silk Purse (which pastemagazine.com describes as being among her most ‘defining country-inflected collections’), the sumptuous strings combined with Ronstadt’s silky alto on Long Long Time is a thing of beauty.

15. Emmylou Harris ft. Herb Pedersen – If I Could Only Win Your Love

By 1975, Emmylou Harris had built a reputation as a guest vocalist of the finest order. She’d also made the successful transition from folk to country, turning her back on the coffee shops of Greenwich Village to take up an almost permanent place alongside Gram Parson. On If I Could Only Win Your Love, she proved she was more than capable of taking the lead at the mic… even if she did invite Herb Pederson along for the ride.

If one song defines country-rock more than any other, it’s Return of the Grievous Angel. The title track to Grievous Angel depicts a road trip through the US, touching on themes of wandering, homesickness, and the wisdom gained from life on the road. With Gram’s swaggering delivery perfectly complemented by Emmoylous Harris’ angelic soprano, it makes for gorgeous listening.

13. Johnny Paycheck – Take This Job and Shove It

Before Johnny Paycheck quite literally took his job and shoved it when he shot a man in the 1980s, he was bothering the charts with this 1977 declaration of independence. Summing up exactly what every underappreciated, underpaid worker has felt at some point or another, Take This Job and Shove it is an animated, joyful two and a half minutes of sticking it to the man.

Kiss an Angel Good Mornin’ was always just a little bit naughty, even before Charley Pride got his hands on it. After all, what else could a song about a man revealing that the secret to his happy marriage was to kiss his lover every morning’ and “love her like a devil” be? But naughty can be nice, and that’s exactly what this easy-going ode to the pleasures of domestic bliss is. It took Pride straight to the top of the country charts, as well as giving him his first crossover hit on the Billboard Hot 100.

As Pitchfork says, the notoriously right-leaning Loretta Lynn always preferred to appeal to her female fans by talking about their lives, not their rights. At first glance, she seems an odd candidate for singing the soundtrack to the pro-birth control movement of the 70s, but dig into her history (after marrying at 15, Lynn went on to have 6 kids in total, three of them born before she turned 19) and it makes more sense. That didn’t stop pastors across the south getting on their high horses and calling for The Pill to be blacklisted, and neither did it stop numerous country radio stations from doing exactly that. Fortunately, neither one of those things stopped it from selling, nor from being a straight-taking, deliciously funny piece of classic country.

10. Waylon Jennings – Are You Sure Hank Done It This Way

Waylon Jennings was never an artist to court the mainstream. In fact, he pushed against it for all it was worth, to the extent that he spent most of the 60s and 70s performing on disastrously organized tours that left him with a hole in his wallet and a pocketful of amphetamines. Are You Sure Hank Done It This Way is a witty, self-deprecating number that’s saved from being a throwaway hit by the gravitas lent by Waylon’s world-weary assessment of his place in the industry.

Ranked as one of NME’s best country songs of all time, Broken Hearted People is a soft, woozy little bar room ballad that stinks of late nights, empty bottles, and heartbreak. Emmylou Harris is on typically fine form on backing duties.

Loretta Lynn has released a lot of fine tunes in her time, but none pack quite such an emotional punch as Coal Miner’s Daughter. An autobiographical song that reflects on Lynn’s childhood growing up with precious little money but a whole lot of love, it paints an evocative, but very far from depressing, picture of rural Kentucky. As songfacts.com notes, far from being a lament on poverty, Lynn wears the song as a badge of honor, singing with pride, rather than derision, of her background. Widely considered one of the most influential songs in country music history, it became one of Lynn’s signature recordings after its release in 1970.

It’s not often a turncoat get the sympathetic treatment in country music. Then again, it’s not often you meet an artist with so much poetry running in his veins as Townes Van Zandt. Full of betrayal, friendship, and guilt, Pancho and Lefty reads more like a novel than a county hit. Widely considered one of his most popular and enduring songs, it’s been covered by dozens of artists since its release, most notably by Willie Nelson and Merle Haggard, who took it to the top of the country charts in 1983.

As Billboard writes, by the mid-70s, Johnny Cash’s fortunes as a recording artist were very much hit or miss. One Piece At A Time was his last song to reach No.1 on the Billboard Hot Country Singles chart and the last to make an impression on the Billboard Hot 100. It may have signified a farewell to his peak commercial period, but as goodbyes go, you couldn’t ask for much better.

Why settle for one country legend when you can get two on the same song? Arguably one of country music’s finest duets, Golden Ring features both George Jones and Tammy Wynette on stunning form. After watching a TV movie about a handgun’s progress from a cop to a murderer to a kid, Bobby Braddock decided to sub the gun for a wedding ring and write a song about it. If that sounds like the start of a romantic tale, it’s not, This is a gritty, grim account of heartbreak that’s made all the more powerful by the fact both Jones and Wynette sound like they’re singing the entire thing with their hands wrapped around the other’s throat.

It’s hard to pick a highlight from Grievous Angel. The whole album is packed with them. If you can, listen to the entire record, preferably on repeat. If you can’t, surrender yourself to the beauty of Love Hurts, if only for the 2:23 seconds it takes for Parson’s and Emmylou Harris’ lush harmonies to lure you into their world and convince you to listen to the rest of the album. If your only experience of the song so far is Nazareth’s smash-hit version, it’s time to put things right.

When he first heard The Gambler, Kenny Rogers knew he had a hit on his hands. “I thought that one was a home run the minute I heard it,” he since said. And he was right. Released in 1978, it quickly turned into his signature tune, bagging him a Grammy, a No.1 on the country charts, and his own series of TV movies, starting Rogers as the titular Gambler.

2. Waylon Jennings and Willie Nelson – Mammas, Don’t Let Your Babies Grow Up to Be Cowboys

In 1978, Waylon Jennings and Willie Nelson teamed up to cover Ed Bruce’s minor 1975 hit, Mammas, Don’t Let Your Babies Grow Up to Be Cowboys. Infused with a world-weary charm, it gave a romantic spin on the tough and rootless life of the emotionally distant male drifter while simultaneously imploring mothers not to let their kids turn out that way. Needless to say, the mammas didn’t listen – they did, however, do the boys the courtesy of taking them to the top of the country charts.

What else could top our list than Jolene? With its raw vulnerability, simple, almost prayer-like lyrics, and plaintive delivery, this is Dolly Parton at her most heartbreaking, and her most devastating. You can interpret it any which way you like (as countless artists have already proved), but whatever slant you put on it, there’s no escaping its majesty.