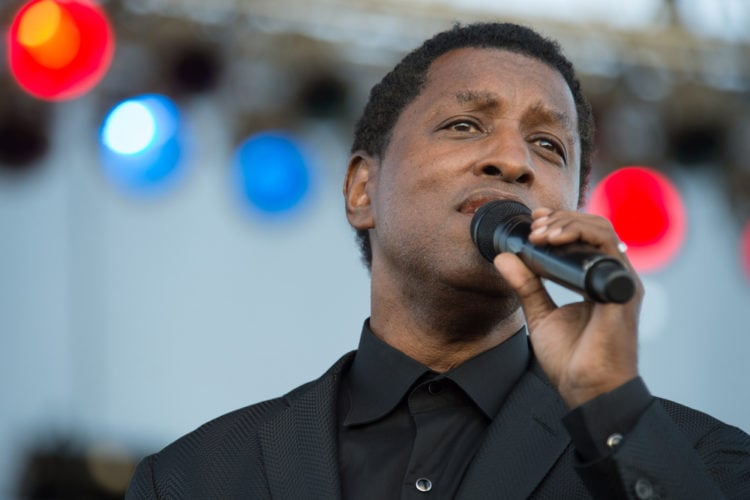 Babyface might be best known for writing and producing major hits for artists such as Whitney Houston, Madonna, Eric Clapton, Toni Braxton, TLC, and many more, but he’s also achieved considerable chart success as a solo artist. Via his work as a producer, a writer, and a singer, he’s managed to clock up a whopping 26 No. 1 R&B hits along with 12 Grammy Awards. Here’s how we rank the 10 best Babyface songs of all time

Kicking off our list of the 10 best Babyface songs of all time is Tender Love, the titular song of Babyface’s second solo album. As Live About notes, the song was a smash hit, reaching No. 1 on the Billboard R&B chart in 1989.

After writing numerous chart-topping songs for other artists, Babyface finally proved he had what it took to break into the charts as a solo artist with his first Billboard Hot 100 single, It’s No Crime. Released as a single from the album Tender Lover in 1989, it reached No. 7 on the Hot 100 and No. 1 on the R&B chart.

Babyface and LA Reid have teamed up numerous times over the years, starting when they were band members in the group, The Deele. Nine times out of ten, their collaborations end in a hit. 1989’s Love Saw It was no exception. Featuring guest vocals from Karyn White, the song became a No.1 R&B hit in 1989. According to Song Facts, the song came close to never happening at all, with White later revealing to Soul Cut that she had someone else in mind for her singing partner. “When (Babyface) played me the idea for the duet, I really put my foot in my mouth by telling him O’Bryan should do the duet with me,” she recalled. “Face said, ‘No, I’m going to sing it with you.’ I could’ve lost the song by saying that to him. He could’ve told me that he was going to save it for Whitney [Houston] or Anita [Baker] instead, but he didn’t.”

To kick off the ’90s in style, Babyface and LA Reid teamed up to produce Babyface’s duet with Pebbles, Love Makes Things Happen. The result was one of Babyface’s earliest and biggest hits. Released as a single in November 1990, it peaked at No. 13 on the Billboard Hot 100 and climbed all the way to No. 1 on the US Billboard Hot R&B Singles chart, where it hung on to its position for the next two weeks.

Technically, Two Occasions was released by the Cincinnati-based group The Deele, but considering that Babyface wrote it, sang it, produced it, and played both the guitar and the keyboard on it, we’re going to go ahead and include it anyway. Recorded for the band’s third album, Eyes of a Stranger, in 1987, it became their biggest hit, climbing to No. 4 on the Billboard R&B chart and No. 10 on the Hot 100. Described by All Music as a “quiet-storm classic” with “superb arrangement and production”, it later went on to win a BMI Pop Award.

In 1994, Babyface picked up the first of what would become many Grammy nominations (this time for Best Male R&B Vocal Performance) for When Can I See You. Released as the fifth single from his third studio album, For the Cool In You, When Can I See You soared to No. 4 on the Billboard Hot 100 in May 1994, becoming his highest-charting single on the chart till that point, along with his first song as a solo artist to be certified gold. It’s since become a firm fan favorite, and in 2000, was selected for inclusion on his greatest hits collection.

4. Every Time I Close My Eyes (with Mariah Carey and Kenny G.)

Babyface’s 1996 album, The Day, was a major hit, peaking at number 6 on the US Billboard 200 and number 4 on the Top R&B/Hip-Hop Albums. It also managed to pick up Grammy nominations for Album of the Year and Best R&B Album. It’s since certified double platinum in the US and platinum in Canada. One of its biggest hits was Every Time I Close My Eyes. Thanks to a stellar performance from Babyface and a sparkling of stardust from Mariah Carey and Kenny G., it climbed to No. 6 on the US Billboard Hot 100 and snagged a Grammy nomination for Best Male Pop Vocal Performance.

3. This is For The Lover In You (with Shalamar and LL Cool J)

In 1981, Shalamar had a top 20 hit with This Is For The Lover In You. Fifteen years later, Babyface remade the song for his 1996 album The Day alongside LL Cool J and Howard Hewett, Jody Watley, and Jeffrey Daniel from the original line up of Shalamar. Despite being at odds with Babyface’s usual style, the song was a hit, reaching No. 6 on the U.S. Billboard Hot 100 chart, No. 2 on the U.S. R&B chart, and No. 12 on the UK Singles Chart.

2. Give U My Heart (with Toni Braxton)

One year before Toni Braxton hit the big time with her self-titled debut album, she teamed up with Babyface to record Give U My Heart for the soundtrack of Eddie Murphy’s 1992 film, Boomerang. It proved a massive success for both artists, peaking at No. 2 on the Billboard R&B chart in July 1992. Coincidentally, the song that kept it off the top spot was another song Babyface had written for the Boomerang soundtrack, Boyz II Men’s End of the Road.

In at No. 1 on our list of the 10 best Babyface songs of all time is Whip Appeal. Described by Newsday’s John Leland as a “risque love ballad,” it’s a perfectly balanced, utterly compelling slice of R&B that manages to be deeply suggestive without ever coming across as rude. A major critical and commercial success, it hit No. 2 on the Hot R&B/Hip-Hop Songs chart and No. 6 on the Billboard Hot 100, later earning a Grammy nomination for Best R&B Vocal Performance and a Soul Train Music Award nomination in the Best R&B/Soul Single, Male category.