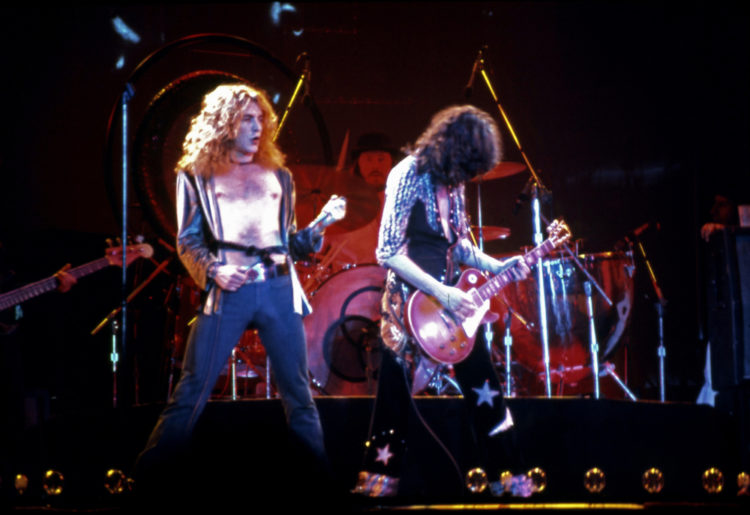 Although there have been no less than five Led Zeppelin documentaries, including A to Zeppelin: The Led Zeppelin Story, all of these are unofficial and unsanctioned. Initially announced in 2019, the only authorized Led Zeppelin documentary is finally complete. Fans will finally learn what it was like ‘Becoming Led Zeppelin’ featuring truly unprecedented access to information the band wouldn’t normally expose. The whole project is reminiscent of 1984’s This Is Spinal Tap. However, it’s presented without the mocking overtone and fake band. Interviews were willingly given by the surviving band, and additional footage of the late John Bonham offers a peek into their private world that Led Zeppelin previously kept under tight wraps. Director Bernard MacMahon aimed to cover the Zeppelins’ barely-documented rise to fame in a manner that feels like a musical, and he succeeded beautifully. According to NME, Becoming Led Zeppelin will premiere at the Venice International Film Festival next month. Before it finally drops, let’s take a look at what’s in store.

The Man Behind The Scenes

Britains Bernard McMahon is not new to the world of quality documentary making. In fact, his experience is what drew Led Zeppelin to the director when they turned down so many others. Given that the band was formed in 1968 and they unseated The Beatles from the top of the chart, there’s a lot of history there. You can bet plenty of aspiring documentarians have pitched ideas before now. After seeing American Epic, Jimmy Page, the founder and still lead guitar for Led Zeppelin, knew there was only one man to share their story. Music lovers who have not yet had the pleasure will enjoy America Epic, called ‘the first time America heard itself,’ for a good reason. McMahon’s handling of the writing and musical scores is a work of art that gives the watcher a true sense of 1920’s roots music and its lasting impact on our society. In taking on the legacy of Led Zeppelin, Bernard McMahon told La Biennale Di Venezia that his goal was to weave the four members’ stories together starting before they came together.

Using only original footage and telling the tale largely through images and music rather than outdated narratorial voices, he aims to contextualize their experiences and share them with the world. Major events color our world and music, just as the Covid pandemic is changing this generation’s experiences and perspective. Zeppelin’s original drummer never lived in a world where Germany was united, or the Soviet Union fell, yet massive events like those deeply impact songs from the late eighties and early nineties. McMahon went out of his way to include aspects of world events that helped to drive the music. After more than fifty years, audiences can know and love the music without really understanding what helped formulate the sound of the times. Many fans weren’t even born when John Bonham passed away. They have no idea how much the death of a pre-internet-era chart-topping rock legend had on people everywhere. It would be remiss to skip over something like the Berlin Wall came down nine years after John Bonham died. The band played Berlin in 1980 before his untimely passing, and the experience must have been far different from the Berlin of today, to say the least. In fact, the show at Eissporthalle in Berlin was the last time the entire original band played together for an audience. Three months later, Bonham was dead after drinking too much during a day of rehearsal.

Beyond Bonham And Behind The Stage Curtain

Although John Bonham’s death at just 32 was what led to the band’s official breakup, there’s a lot more story to tell. The short and public version can be summed up as, they got together, made outstanding music, got super famous, John died and that was it for Led Zeppelin. However, by 1990 Zeppelin was rereleasing new albums. The other three original band members didn’t die, and their truly epic skills continued to help influence and create the modern world of rock and roll. If the short version of the story sounds a bit hollow, that’s because it is. Becoming Led Zeppelin seeks to undo the complete lack of backstory and personal connection fans want from one of the most famous bands in the history of the world. How anyone could take the crown from the Beatles and still remain relatively personally anonymous is a mystery.

Hopefully, this film will finally shed some light on the incredible history of Led Zeppelin. Even before the internet and cell phone cameras became ubiquitous, most well-known groups were better documented. In fifty years, the band has never participated in creating a narrative of their truly meteoric rise to superstardom. As a result, any information cobbled together is speculative or based only on interviews with little context from the men who lived the legend. However, there is an unexpected side effect to this unprecedented access approach. Footage of Led Zeppelin is disappearing from the internet because it may be a part of the new film. Rare clips from as far back as the Yardbirds era before the band changed its name have been suddenly taken down. Although we often say the internet is forever, that is only partially true. A determined entity, such as a filmmaker with permission from the subject, can sometimes have the content removed. Such was the case with YouTube footage of the 1969 Laurel Pop Festival. Doubtless, we’ll be seeing those rare shots again very soon. For now, all we can do is wait with bated breath and get tickets as soon as they’re available.

Whether you’re a fan of rock, a follower of Led Zeppelin, or a music lover in general, this is a long-awaited film that will open your eyes to a previously unrevealed world. Every group has its origin story, but this one has been hidden for over fifty years. Until now the band has neither endorsed nor participated in any documentary or movie about them, but Becoming Led Zeppelin changes all that. Thanks to McMahons’ 2017 release of American Epic, the band found a kindred spirit who can share their story in a manner they feel represents them.