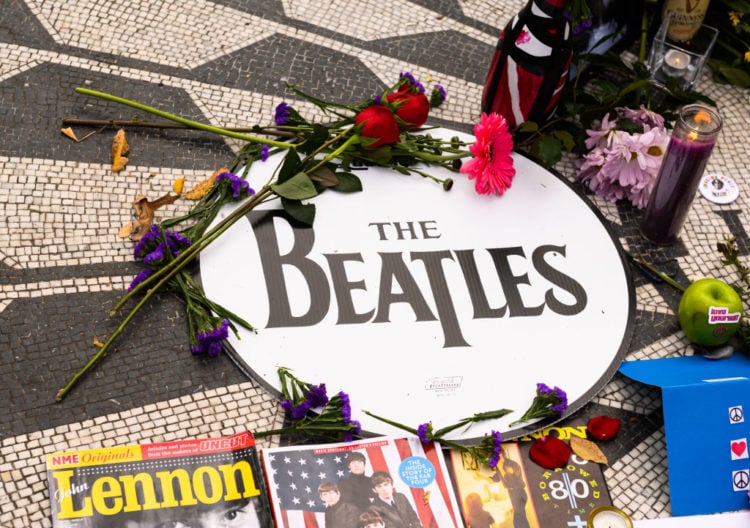 The Beatles gave us some fab haircuts, fab music, and, of course, the fab four themselves. The band may always have been more than the sum of its parts, but John Lennon, Paul McCartney, Ringo Starr, and George Harrison were all individuals with their own opinions, their own outlooks, and their own very distinctive humor. The proof? These 20 best Beatles quotes of all time.

20. “There’s a woman in the United States who predicted the plane we were traveling on would crash. Now, a lot of people would like to think we were scared into saying a prayer. What we did actually–we drank.” – Ringo Starr

The Beatles may have conquered America, but they were always just four working-class lads from Liverpool at heart. Or at least, they still were in 1966 when Ringo Starr proved exactly why he was always considered the “funny one.”

19. “America has everything, why should they want us?” – George Harrison

In 1964, the Beatles arrived to conquer America. They managed it in days… apparently to the surprise of Harrison.

18. “I hope the fans will take up meditation instead of drugs.” – Ringo Starr

By 1967, the Fab Four had lost their floppy fringes, developed a new mature sound, and started getting up to things no parent wants their kids getting up to. While the rest of the band were happy enough to wax lyrical about the mind-bending qualities of LSD, Ringo decided to go the other way.

By the time they hit their 30s, the Beatles were all millionaires several times over. If anyone was in a position to speak about the trappings of wealth and fame, it was them – as John Lennon did with his usual caustic wit here.

16. “Ringo’s not even the best drummer in The Beatles!” – John Lennon

It may not have made him particularly popular with his bandmate, but Lennon’s response to being asked if Ringo Starr was the best drummer in the world couldn’t help but raise a smile with the rest of us.

15. “Christianity will go. It will vanish and shrink. I needn’t argue about that. I’m right and I’ll be proved right. We’re more popular than Jesus now.” – John Lennon

Lennon never knowingly avoided controversy, but never did he court it so shockingly than in this comment from 1966. The aftermath was epic in scale, with boycotts in the South, a radio ban, and bonfires of Beatles paraphernalia organized across the country.

14. “When I was about twelve, I used to think I must be a genius, but nobody’s noticed. If there is such a thing as a genius…I am one, and if there isn’t, I don’t care.” – John Lennon

Self-deprecation was never something Lennon held much truck with, as evidenced in this really funny quote from the mid-60s.

By the late 60s, the Beatles, and Lennon in particular, had broken away from their cheeky chappie images and embarked on a spiritual journey that would add sitars to their songs and a new loftiness to their quotes.

John Lennon might not have looked like much of a gardener, but he could never resist a simile, especially one involving his ever-present preoccupation with love.

11. “The thing is, we’re all really the same person. We’re just four parts of the one.” – Paul McCartney

As soul musician Billy Preston once said, John had his thing, Paul had his thing, but together they fit as one. Judging from this comment from McCartney, he wasn’t the only one to think so.

McCartney may have thought the Fab Four were four parts of the same whole, but Lennon clearly had different ideas.

9. “As usual, there is a great woman behind every idiot.” – John Lennon

Yoko Ono may have divided the world (and in some people’s opinion, the Beatles), but in Lennon’s eyes, she was never anything but great.

8. “Lots of people who complained about us receiving the MBE received theirs for heroism in the war-for killing people. We received ours for entertaining other people. I’d say we deserve ours more.” – John Lennon

Once again stirring up controversy, Lennon took the Queen’s decision to award the band MBE’s as an opportunity to tell us once again just how bad war is.

7. “We all have Hitler in us, but we also have love and peace. So why not give peace a chance for once?” – John Lennon

The idealism of the 60s might seem a little naive in retrospect, but it at least gave us some great quotes. Lennon’s inspirational message here doesn’t just allude to the angel and demon in us all, but it also gives us a nice little taster of one of his most enduring songs.

6. “You don’t need anybody to tell you who you are or what you are. You are what you are!” – John Lennon

If you define yourself by other people’s opinions, take Lennon’s advice and stop. You are what you are… whether other people agree and like you for it or not.

5. “I am alive and well and unconcerned about the rumors of my death. But if I were dead, I would be the last to know.” – Paul McCartney

As Wikipedia notes, the urban legend “Paul is dead” alleges McCartney died in 1966 and was replaced with a look alike. It started circulating in 1967 but became the trending topic of the day in 1969. Despite ample evidence to the contrary, whispers of “Paul is dead” can still be heard to this day.

4. “Life is what happens to you while you’re busy making other plans.” – John Lennon

As pickthebrain.com says, this famous saying from Lennon reflects the paradox of wanting to live life in the moment, but being too busy worrying about our future happiness to do it.

3. “Will the people in the cheaper seats clap your hands? And the rest of you, if you’ll just rattle your jewelry.” – John Lennon

When the Beatles performed at the Royal Variety Performance before members of the British Royal Family in 1963, working-class hero Lennon couldn’t resist taking a little jab at the rich folk upfront.

By the mid-1960s, the whole world and its mother knew the Beatles. But why they were as popular as they were seemed to puzzle certain journalists, who couldn’t resist asking the band “Why do you think you’re so popular all of a sudden? at each and every opportunity. John’s response to the question during a 1964 press conference is classic Lennon.

As MSN comments, George Harrison’s serious nature on stage and his reserved character in interviews earned him a reputation as “the quiet Beatle.” But underneath the quiet exterior lurked a savage wit, as demonstrated in his reply to an interviewer’s question of “What do you call that haircut you’re wearing?” during the height of Beatlemania.