For over 40 years, Rush remained one of the top prog-rock bands in the world and music royalty in Canada. During their long career, the band released 19 studio albums and many live and compilation albums. For this article we’re just going to focus on their studio album, here are every Rush album cover ranked from worst to best. 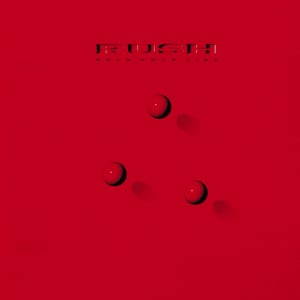 Released in 1987, Hold Your Fire didn’t perform as well as some of their other releases in the 1980s, becoming their worst-selling album since 1978’s Hemispheres. Eventually, the album did reach Gold certification in the US. When it comes to the cover, it is very bland, it is just a simple red background with three spheres in a triangle shape, not a very exciting cover and Rush definitely have much better in their back catalogue. 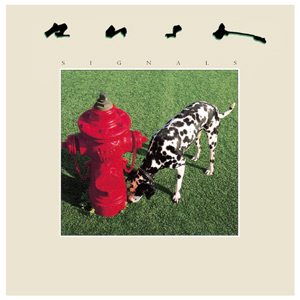 Another album from the 1980s, Signals was the follow up to the hugely successful Moving Pictures album that was released the year prior. The album was criticised by Rolling Stone for emphasising the use of synthesizers rather than Alex Lifeson’s guitar. When it comes to the cover there’s not much to say really, its an image of a dog sniffing a fire hydrant, the band has much better album covers. 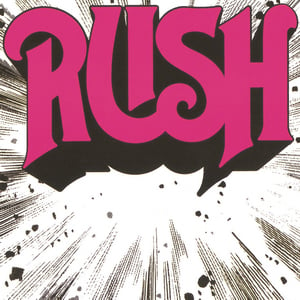 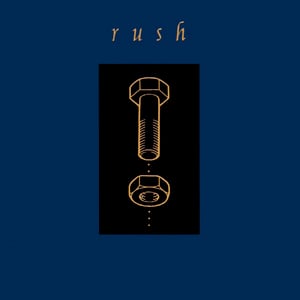 Counterparts has a very simple album cover, featuring a blue background with a blueprint for a nut and bolt. It is minimalistic, sometimes it works, sometimes it doesn’t, in this instance it just does. 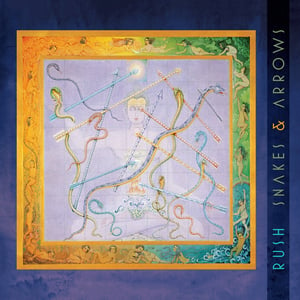 The band’s penultimate album, Snakes & Arrows’ album cover features just that, a picture of snakes and arrows. As I said earlier, sometimes simple is the best way to go. The cover feels classy with the border and just works. 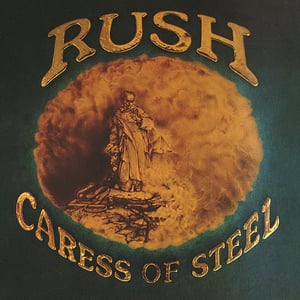 The Caress Of Steel album cover is special as it is the first to feature work by Hugh Syme. He has then gone on to design the artwork for every Rush release ever since. 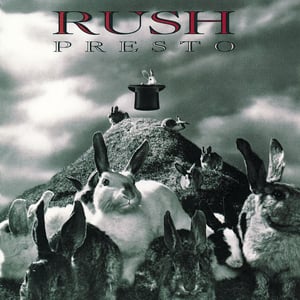 In an interview with Kerrang, Alex Lifeson described seeing the artwork for the first time saying “We all started laughing hysterically, ‘This is great, it’s perfect!'”. Featuring lots of rabbits with one peeking over the top of a magicians hat, the artwork certainly matches the album title. 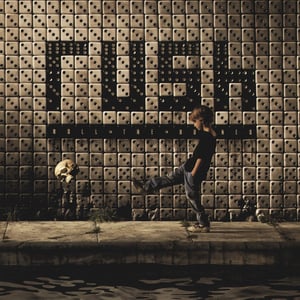 The artwork just fits the album title perfectly. Dice are also known as bones and the cover features many dice with the band name spelt with black dice on a contrasting white dice background. Very simplistic but great at the same time. 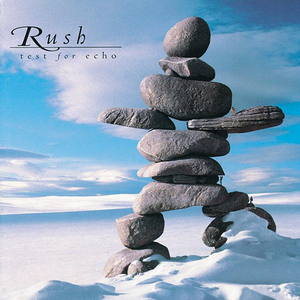 The cover displays an inuksuk, native to Canada. An inuksuk is a stone figure in the shape of a human used to mark a food cache, hunting ground or a place where someone lost their life. 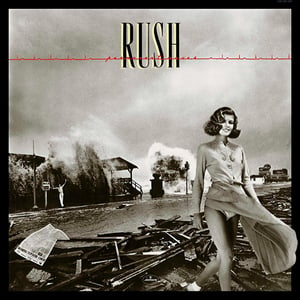 The Permanent Waves album cover caused a lot of controversy upon release due to the “Dewey Defeats Truman” headline on the newspaper. Over the years this has been altered from changing the text to removing it completely. 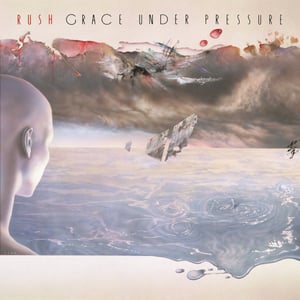 Painted by longtime artwork designer Hugh Syme, Grace Under Pressure is one of the most intricate covers in the band’s discography and is a beautiful piece of art in its own right. 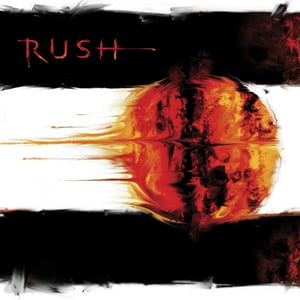 The band’s first album of the 21st Century, Vapor Trails is often criticised by listeners and the band themselves as being a victim of the loudness war. If you want to find out more about the loudness war then here is a fantastic Wikipedia entry, we’re glad the war is behind us because it ruined many great albums. 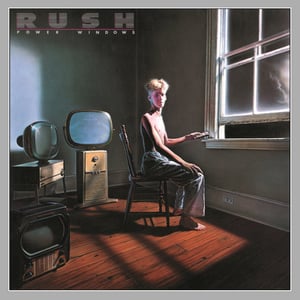 Another painting by Hugh Syme, Power Windows showcases Syme’s ability as an artist and is a beautiful piece of art with a great level of detail. The more you look at it, the more details you discover. 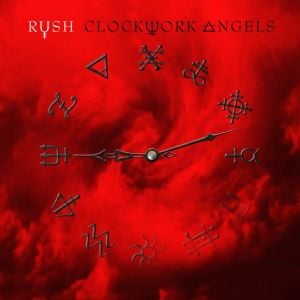 The final studio album that Rush ever released, Clockwork Angels has a rather demonic feel to it. Featuring a red cloudy background with a clock replacing the numbers with alchemical symbols. The time on the clock reads 9:12, or 21:12 in 24 hours time, a nod to their classic album 2112. While 2112 isn’t their first album, it is the one they are perhaps best known for, so it feels like the band has come first circle and a perfect way to close the book on their career. 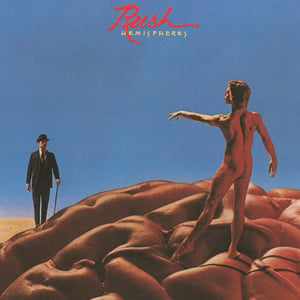 A rather strange album cover, featuring a man stood on top of a human brain staring at a naked man in a ballet pose. We’re not sure what the influence for this is, but it oddly works and has become an iconic cover for the band. 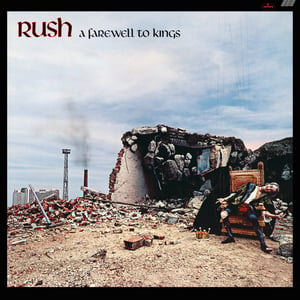 A rather odd-looking cover, featuring a demolition site in Buffalo, NY, with the  Harbour Castle Hotel in Toronto in the background, along with a man in a “grotesque puppet” pose. The cover is a mashup of many different aspects, but it all comes together beautifully and looks like a single shot. 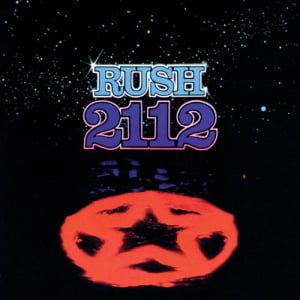 Perhaps the most iconic Rush album of all time, 2112 features an incredibly simple album cover, with a starry background featuring a starman emblem. While not the most exciting, it is iconic and recognisable across the world so it couldn’t be anywhere else but towards the top of this list. 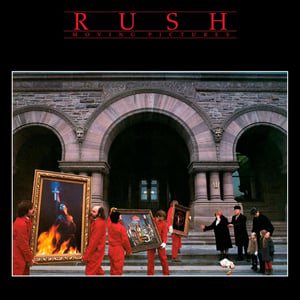 One of Rush’s most highly regarded album, featuring tracks such as Tom Sawyer, YYZ, and Limelight, it also had a fantastic album cover which does exactly what it says on the tin. The artwork features men just moving pictures, that’s the cover and it works perfectly. 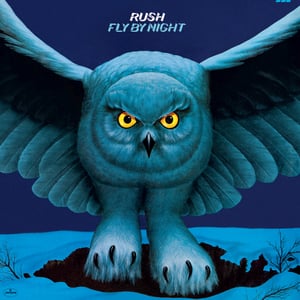 While not as iconic as some other albums on this list, it has a fantastic album cover. Although it is fairly simple in nature, it is very striking with an owl with very piercing eyes. Something about this cover just grabs you and makes you pay attention to it, and isn’t that what any artist wants? 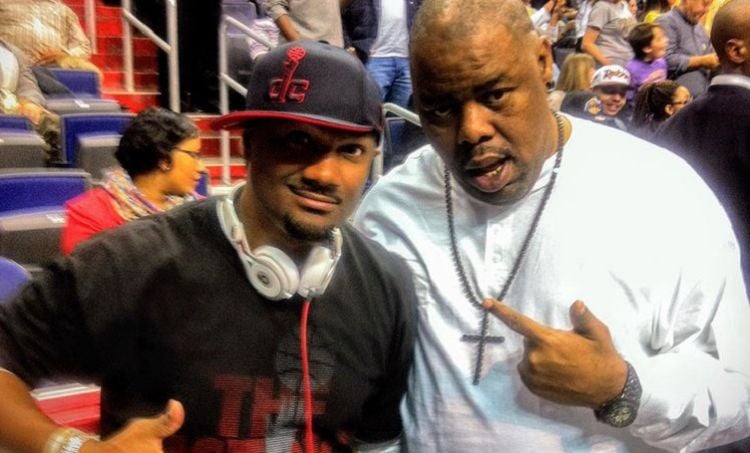 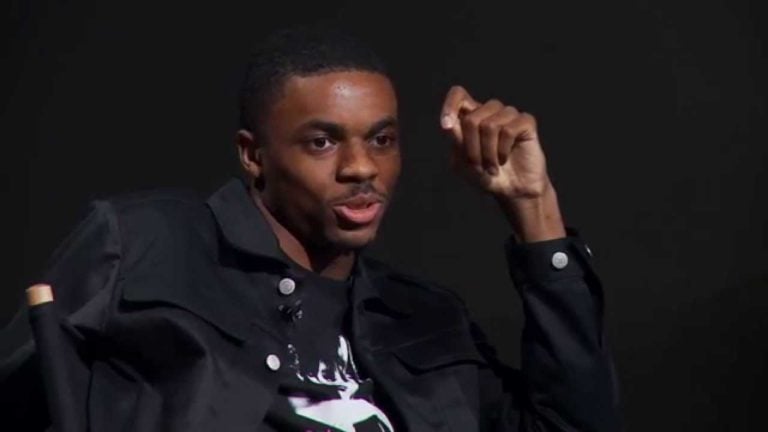 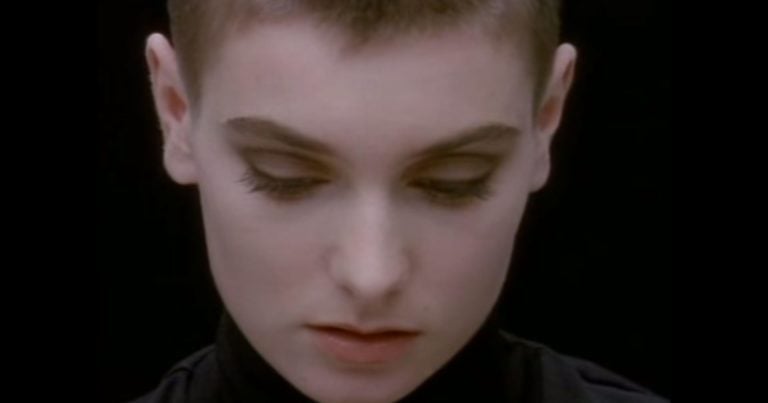