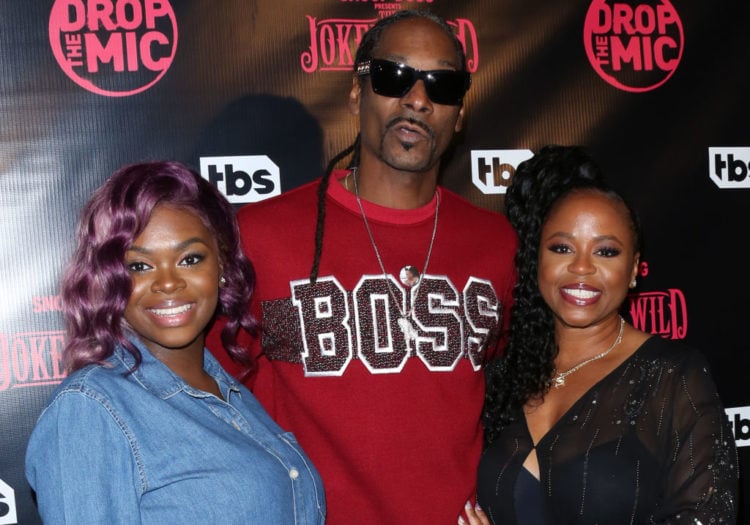 Cori Broadus is an American Musician and is better known for her stage name, “CHOC”. She is also the daughter of the famous rapper Snoop Dogg. You may have not heard much about this famous musician. Read on to find out more on things you didn’t know about Cori Broadus.

Cori Broadus was born in California on the 22nd of June 1999, and she is 22 years old. Her Zodiac Sign is that of Cancer, and her nationality is American. She is the daughter of Snoop Dogg, a famous rapper and actor and famous philanthropist and entrepreneur, Shante Broadus. Cori has loved playing volleyball and softball since she was a little girl and she spent a lot of her time growing up playing them.

2. Her Battle with Lupus

When she was only 6 years old Cori’s parents noticed a rash on her face. After seeking medical attention Cori was diagnosed with Lupus. Lupus is a chronic disease that attacks any part of the body. Lupus is a disease whereby the body’s fighting mechanisms attack the body. Cori was put under strict medical surveillance. She began losing weight very fast and her hair. Cori underwent treatment and was completely cured of the disease.

3. Lupus as a blessing in disguise

According to The Famous People, many would have not imagined Lupus that Cori was suffering from as a cure of a broken marriage. Lupus was a blessing in disguise. When Cori was diagnosed with Lupus her parents’ marriage was almost hitting rock bottom. When Snoop and Shante discovered their daughter was sick, Snoop took the hard pill and went back to his family. They both kept their differences aside to raise their ailing little girl. Cori can be said to be a key factor in making her parents’ marriage stand.

Cori attended ‘Ramon C. Cortines School of Visual and Performing Arts and she graduated in 2017. She followed in her father’s footsteps after developing hunger for music at a very tender age and even went to an extent of studying it in school. She was also coached by her dad who had practical skills in the music industry. Her first music lessons were at church choir and school choirs where she would sing. She considers her dad as her mentor and guide.

Cori is the youngest daughter of Calvin Cordozar Broadus Jr better known for his stage name Snoop Dogg and Shante Broadus. She is a baby sister to her brothers Corde Broadus and Cordell Broadus. She has an elder half-brother known as Julian Broadus from Snoop Dogg’s previous relationship with Laurie Helmond.

Cori was initially dating a man by the name of Ez, they met in eighth grade but they, later, broke up. Cori being the last born and an only daughter it is eminent that her parents would be overprotective. During an interview on the talk show “The Ellen DeGeneres Show,” Snoop Dogg appeared with Cori. The two opened up about their lives and other matters concerning their relationship. Cori highlighted that her father told her that she was not allowed to date until she was 77 years old. Cori is currently dating Wayne Deuce, who has been instrumental in helping her to conquer her mental health struggles and her recent suicide attempt. Both of them have been posting and boycotting the hashtag “mental awareness”. On 20th August 2021, the two will mark 3 years together. When marking the second anniversary the two blew up the internet with their cute couple pics.

Cori has been through a lot and she recently shared on her Instagram that she attempted to end her life. She also went on her IGTV and stated what triggered her into doing so. According to Madamenoire, Cori states that growing up alongside her light-skinned brothers was not easy as she kept on questioning herself why her skin tone was too dark. People would make fun of her and things got worse when she was overweight due to using steroids. She got into social media at the age of 13 against her parent’s advice and she wishes she honored it. She mentioned that she had Lupus and it affected her, making her depressed each time she thought about her health. She also insisted that she was human like everyone else and was vulnerable like any other person. She is working on improving her mental health.

On the same Instagram post, Cori went on to narrate how she survived attempting to take her life away. After her boyfriend had Cori kept on blaming herself for all that had happened. Her initial plan was to run away and disappear. She began by saying goodbyes to her friends and family. Afterward, she went to a hotel and took an overdose. One of her aunts called her and she found herself picking up her phone then breaking down and her aunt calming her down before Cori blacked out. Her aunt raised an alarm and Cori woke up to find Paramedics trying to revive her.

Cori came into the musical limelight in 2011 after she dropped her song “Do my Thang” which gained immense popularity. Later on, in 2018 she dropped another song “Same” which also became a massive hit; “Outside” and “Sittin in my room” topped the Billboard Charts in 2016. She also released “: SMH” and “Daddy’s Girl”. According to  WaliKali, Cori’s:” No guns allowed” song features her dad.

She is very active on her Instagram platform going by the user name “princessbroadus”. Having more than 400k followers and most of them having to look up to her. Cori has triumphed over a lot of things including bullying because of her skin color but she always bounced back on her feet. She is a strong advocate for self-love and ignoring negativity by focusing on positivity. When she shaved her hair in March of 2018 and posted a picture of her fresh cut, She added the caption “Don’t be afraid to try new things”, she went on further to state “My growth is real”. She was inspired by a popular musician named Tamar Braston, who had done a similar thing to shut the haters off.