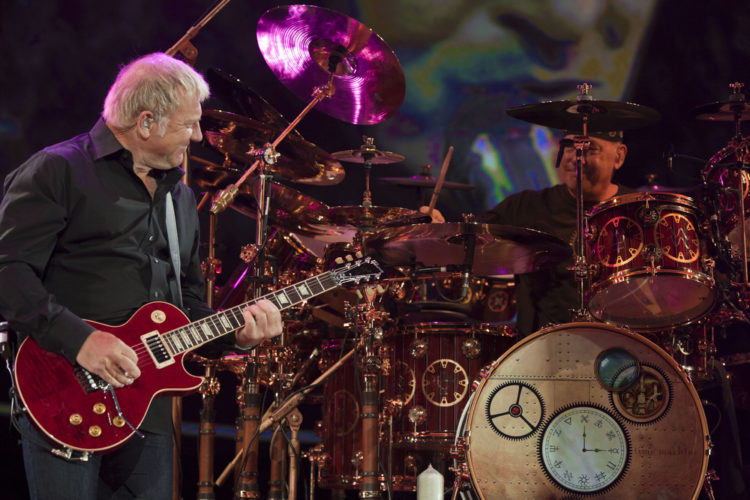 Few bands had Rush’s longevity. The band formed in 1968 and continued recording all the way through to 2012, eventually calling it a day in 2015. In total, they released 19 studio albums,14 of which went platinum and 3 of which went multi-platinum in the US. They endured personal tragedies, changing styles, commercial failings, and critical failures, but still managed to sell over 25 million records to become one of the best-loved progressive groups of all time. Here, we pay tribute to their enduring legacy as we rank all 19 Rush albums.

The less said about 1996’s Test For Echo the better. There’s no hint of creativity, with even the best songs sounding rehashed and tired. As Progressive Music Planet says, the band just doesn’t have the fire they usually do. Even if you love Rush with a passion, this is one that’s best avoided.

As Ultimate Classic Rock notes, By the late 1980s, even the most devoted Rush fans were starting to have their doubts about the band’s direction. There’d been too many synths for too long, and the production had turned from slick to greasy. 1987’s Hold Your Fire didn’t do much to stem the criticism. There are a few nice moments (Lock and Key and Force Ten have held up well), but not enough to save it.

Vapor Trails, the band’s seventeenth studio album, was released as recently as 2002. Yet somehow, it sounds more dated than even their very earliest albums. Ultimately, it’s understandable – the album was the band’s first since 1996’s Test For Echo, and they were clearly still in the process of re-learning how to function as a band. It’s not entirely without its merits, either, with both Ghost Rider and Earthshine proving eminently listenable. But all in all, it’s not a success.

Grace Under Pressure was released in 1984 as the band’s 10th studio recording. It’s not quite as ambitious as the band’s earlier offerings, and Gerry Lee’s synths dominate far too much. As a whole, it’s lifeless, with the band sounding like they’re on auto-pilot for most of the album. The reggae and funk influences are a nice touch, but there’s too much production and not enough creativity. Clearly, not everyone agreed, and the album proved a commercial success, reaching No. 4 in Canada, No. 5 in the UK, and No. 10 on the Billboard 200.

Caress of Steel has a few jaw-dropping moments (Bastille Day and Lakeside Park stand out in particular), but the problem, as usual, is Rush simply didn’t know when to stop. There are too many points where they reach for the stars but come up with air. At this early point in their career (the album was released in 1975, just one year after their debut), the group simply didn’t have the goods to match the scale of their lofty ambitions. It’s not a bad album by any means, but it’s a far cry from their greatest.

By 1989’s Presto, Rush were getting sick of synths. There are still a few, but mercifully less than on their previous 80s output. Overall, Presto is a slick, clean affair with a guitar-heavy sound and enough little gems to keep the fans happy. Commercially, it did reasonably well, reaching No. 27 in the UK and No. 16 in the US.

Rush had a great time recording Snakes and Arrows, with each member praising co-producer Nick Raskulinecz (a lifelong fan of the group) for his approach. The overall result is just as enjoyable to listen to as it clearly was to make. Focused, expertly paced, and packed with big choruses and bold instrumentals, it has all the makings of a great Rush album. It stops just a little short of that, but it’s still a lovely listen.

1993’s Counterparts is one of the most divisive albums Rush ever released. Some fans hated it, lamenting the band’s efforts to keep up with the changing times with heavier, darker material, while others loved it for the exact same reason. Regardless of which side of the fence you fall on, there are a few things that can’t be argued over – Alex Lifeson’s stupendously gritty guitar playing being one. Ultimately, more people loved it than didn’t, and the album went on to become Rush’s highest-charting album in the US, peaking at No. 2 on the Billboard 200.

The band’s first album to top the Canadian charts since 1982’s Singles was a late-career gem. As Louder Sound notes, when the band dropped Clockwork Angels in 2012, few suspected it would be their final album. But as parting shots go, it was a great one. Ambitious, experimental, and laced with sparkling numbers like the Headlong Flight, Wish them Well and The Garden, it was a fitting end to a remarkable recording career.

After a couple of disappointing albums, Rush made a return to form on 1991’s Roll the Bones. It’s not perfect – while they’d curbed some of their excesses, they hadn’t yet learned their lesson completely – but if you can overlook the failed experiments and Geddy Lee’s rapping on the title track, there’s still a lot to love. The songwriting, for a start, has rarely been better, while the anthemic choruses of tracks like Bravado and Ghost Of A Chance are irresistible. The stripped-back, vintage vibes of The Big Wheel don’t exactly go amiss either.

Power Windows is an ambitious, thoroughly listenable album that deserves a lot more love than it sometimes gets. While fans of the band’s earlier output spent the 80s moaning about the lack of drama on each new album, musically, the band had never sounded better. From the playing to the arrangements, everything is tighter and more concise than before. There are fewer distractions, fewer abstractions, and a laser focus on melody. Star of the show is the mesmerizing Mystic Rhythms, but credit also has to go to the wonderful The Big Money and equally fabulous Middletown Dreams.

As Rolling Stone notes, the band’s final album with producer Terry Brown was destined to be one of their biggest commercial successes: It produced a string of hit singles, with New World Man becoming their first to reach Number One on Billboard’s Mainstream Rock chart. The album topped the charts in Canada – their last album to do so until 2012’s Clockwork Angles. Critically, it flopped, but the endearing popularity of tracks like Chemistry, The Analog Kid, and the mind-blowing Subdivisions have proved the doubters wrong in the long run.

The band’s self-titled 1974 debut has the distinction of being the only album to feature original drummer John Rutsey, who, due to complications with diabetes, retired from the band after realizing his health issues made an extensive touring schedule impossible. Much of the album sounds like outtakes from a Led Zeppelin session, but that’s no bad thing, especially on tracks like Finding My Way and What You’re Doing. The key highlight, however, is Working Man, a song that made it clear that the band were destined to be much more than a Led Zeppelin tribute act. Although it didn’t make much of an impression on the charts on its release, it’s since become essential listening among fans.

Released in 1978, the band’s sixth album finds them in fine form. Mostly. There are a few missteps, and you occasionally get the feeling they’re pushing the limits of prog-rock just a little bit further than they should. But while the first half is 100 percent bonkers, the second half is brilliant, with tracks like The Trees, Circumstances, and La Villa Strangiato ranking among their very best efforts. It received a good reception with both fans and critics, taking the band to No.14 in Canada and the UK, and No. 41 in the United States.

5. A Farewell to Kings

After their fourth studio album, 2112, put them on the map, Rush returned to the studio for A Farewell to Kings, an album that might not be in quite the same league as its predecessor, but is still a splendid enough affair to earn it a place at number 5 on our list. Their signature sound is still a work in progress, but there’s plenty to keep us entertained in the meantime, including the mind-meltingly adventurous Xanadu, the catchy Cinderella Man, and the lovely Closer to the Heart. There’s a sightly medieval vibe to the whole thing, but it works surprisingly well. Released in September 1977, it became the band’s first US gold-selling album.

Rush’s second studio album, Fly By Night, was the first album to introduce lyricist and drummer Neil Peart and the first to feature the prog-rock sound that would later come to define them. It’s not without its flaws, but on tracks like By-Tor and the Snow Dog, In the End, and the title cut, it’s clear the band were on the verge of something epic. They were, even if it would take another album or so for them to fully realize it. Released in February 1975, it climbed to No. 9 in Canada and No. 113 on the US Billboard 200.

Up until Permanent Waves, the only people who bought Rush albums were hard-core devotees. Permanent Waves was different. It was still innovative, but it was also approachable and radio-friendly enough to appeal to the masses. The reggae rhythms of The Spirit of Radio, in particular, provided a big and somewhat unexpected hit, with the single peaking at No. 51 in the Billboard Hot 100. There was still enough of the band’s roots on show to please the old guard, with the brooding Jacob’s Ladder and the epic Natural Science standing out as highlights. The album peaked at No. 3 in Canada and the UK and No. 4 in the United States, becoming their most commercially successful album till that point.

As guitarcommand.com notes, neither Fly By Night or Caress of Steel shifted as many copies as Mercury Records would have liked; by the time Rush came to record their fourth album, they were under pressure to make something more commercial. So obviously, they opened it with a futuristic 20-minute suite about Greek gods no one had ever heard off and a dystopian tale of sci-fi madness that, frankly, made no sense then and makes even less now. It worked. For whatever reason, people connected with the album in a way they hadn’t with any of the band’s previous offerings. It peaked at No. 61 on the U.S. Billboard Top LPs & Tape and No. 5 on the Canadian Albums Chart. Rush had arrived.

Everyone has their opinion about which Rush era is the greatest, but the one thing everyone agrees on is that the band were at the very top of their game when they made Moving Pictures. There’s enough art-rock creativity to appease the old guard, but there’s also enough mainstream appeal to make it (whisper the word) commercial. Limelight has one of the best riffs ever committed to tape. Witch Hunt is as darkly foreboding as the title suggests. Tom Sawyer, meanwhile, set the standard for how synthesizers would be used in the future. The whole thing is astonishing, ranking not only as the best album Rush ever made, but as one of the best albums prog albums of all time. 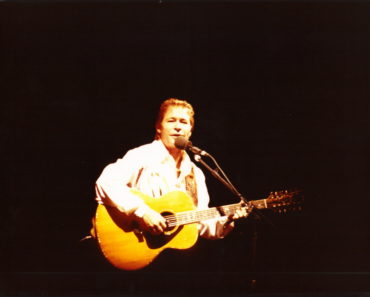 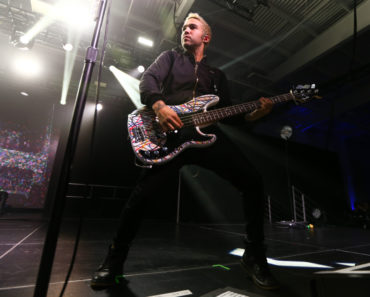 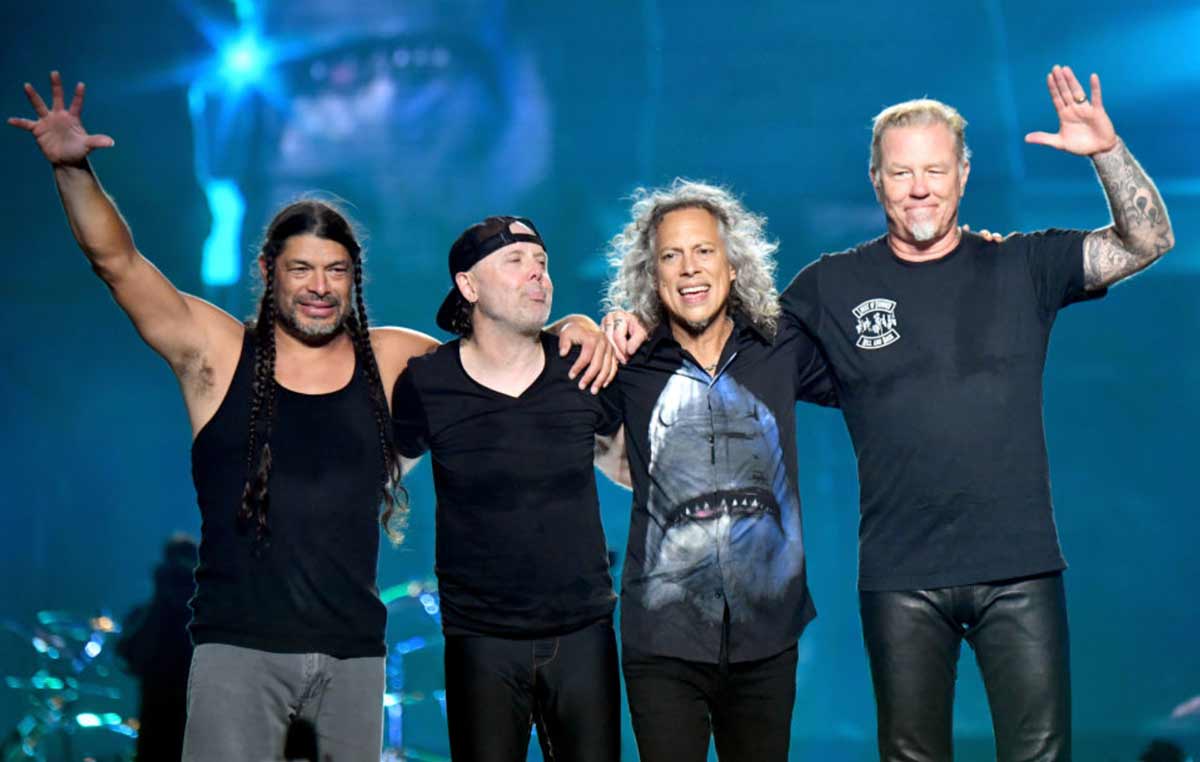 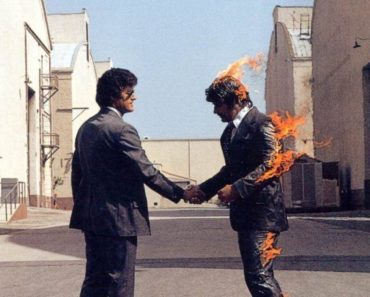