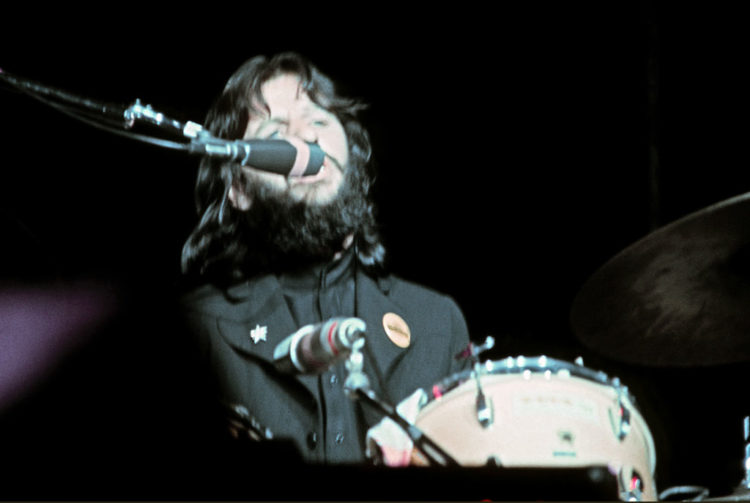 Psychedelic rock was a product of experimentation with mind altering drugs during the 60’s. By taking these hallucinogens, people believed that their minds were expanding in an almost spiritual way. Also known as psychedelia, it was seen by some as a tool when it came to creating their art or music. While no one band can take credit for bringing psychedelia to the forefront, the Beatles most certainly helped to bring it there. In fact, the Beatles created some of their most unique and memorable songs during this period. The partnership between mind-expanding substances and their new found interest in Eastern spirituality left us with some of the best psychedelic Beatles songs of all time.

5. Within You Without You

Composed by George Harrison for the Sgt. Pepper’s Lonely Hearts Club Band album, this song is not only a psychedelic offering, but also carries with it much of Harrison himself. Harrison was deeply intrigued by Eastern philosophy, and much of that can be seen in this song. He spent six weeks in India, spending much of it with his sitar instructor the famed Ravi Shankar. So as you can see, whether the song can be classed as true psychedelic rock or a reflection of Harrison’s spiritual journey depends on the listener. Never the less, it is definitely trippy, and worthy of a lava lamp. “Within You Without You” not only includes Eastern spiritual interpretations, but also employs the services of Eastern instrumentation. Instruments such as the sitar, tabla, and tambura replace guitars, base and drums. Made with the assistance of the Asian Music Circle, Harrison created a world of sound that not many Beatles fans had ever heard before. A fascinating piece, the song has been covered by artists such as Sonic Youth, Oasis, Cheap Trick, Big Head Todd and the Monsters, the Flaming Lips and more.

4. Lucy in the Sky With Diamonds

Whether you believe that “Lucy in the Sky with Diamonds” was about Lucy O’Donnell, Julien’s school friend, “Alice in Wonderland”, or LSD, has no real impact on the merit of this song. The psychedelic imagery of this song cannot be denied. In fact, one can get a good idea of how the words translate to images in the animated film Sergeant Peppers Lonely Hearts Club Band. In the film, the Beatles arrive at the Foothills of the Headlands. There, they come upon a beautiful woman riding a colorful horse. The entire segment seems to revolve around a colorful daydream, as there are several scenes depicting images of bliss and beauty occurring inside the mind. In 1975, Elton John covered the song and released it as a single where it peaked at number one on the U.S. Billboard Hot 100. The song includes vocals and guitar by Lennon, who used the alias of “Dr. Winston O’Boggie”. Other bits of trivia include the song “I Am the Walrus” featuring Lucy, as well as an unearthed skeleton of the dinosaur Australopithecus afarensis being named after Lucy. In 2011 John’s lyric sheet was put up for auction and sold for $230,000.

Get your lava lamps ready, because Revolver’s “Tomorrow Never Knows” just might be one of the most trippiest songs you’ll ever hear. Not only is this song incredibly freaky, but it’s also a joy to listen too, definitely more than a manufactured, artsy fartsy binge fest. “Tomorrow Never Knows” closes out the album, leaving the listener in a semi-hypnotic state, as if having just been dunked in a vat of molten of pie in the sky dreams and splashy delusions. You can really get a gist of how Lennon and McCartney worked their magic here. Composed by Lennon, it was Paul who contributed the spellbinding drum beats and reverse guitar play. Possibly one of the most original pieces of music ever recorded, the song embraces a variety of influences. Everything from tape loops, tambura and sitar, to electronica. The lyrics were inspired by the book ” The Psychedelic Experience: A Manual Based on the Tibetan Book of the Dead”, In point of fact, this song is known as one of the first to ever use the technique of sampling. Fans of the “mop top” Beatles found this song a bit confusing upon release. However, the years have been kind and now the song is recognized for what it is, a brilliant experiment in the unusual.

Straight off their 1967 album, Magical Mystery Tour, “I Am the Walrus” is one of the best representations of psychedelia ever made. According to Composing the Beatles Songbook, Lennon had decided to trip up those who were into delving into their lyrics to search for hidden meanings by creating a nonsense song, and used acid trips to do it, “The first line was written on one acid trip one weekend, the second line on another acid trip the next weekend, and it was filled in after I met Yoko.”. When the song came out, arm chair interpreters crawled out of the woodwork. Case in point, they even found ‘clues’ which hinted at Paul’s death. Whether you like the song or not, one thing is for certain: It has a tremendous amount of source material. The title for the song comes from the 1871 poem by Lewis Carroll, “The Walrus and the Carpenter”. Interesting, in that another psychedelic song, “Lucy in the Sky with Diamonds” was said to be inspired by another of Carroll’s works, “Alice in Wonderland”. In another song, “Glass Onion”, Lennon sings that “I told you ’bout the walrus and me, man / You know that we’re as close as can be, man / Well here’s another clue for you all / The walrus was Paul”.

According to John Lennon, “Strawberry Fields was psychoanalysis set to music”. Featured on the 1967 album, Magical Mystery Tour, the song is actually about a real place. Strawberry Field was a home that served the disadvantaged children of the area, ran by the local Salvation Army. This is a lyrically powerful song where words can both confuse and inspire first time listeners. Like all their psychedelic masterpieces, “Strawberry Fields Forever”, demands to be paid attention to. Strawberry Fields is known to be instrumental in the fostering new music conventions. The first was as a major influencer to the psychedelic rock genre. The second was to set the stage for the music videos we enjoy today. Whereas in the past, musical numbers supported a film or play, the music video had only one purpose, to support the song itself. Lennon considered this his best work as a Beatle. Today, tourists can pay homage to Lennon by visiting the Strawberry Fields memorial in Central Park, New York.

There you have it, the best psychedelic Beatles songs of all time. Love it or hate it, psychedelia created music that challenged the listener to pay attention to what was being said. When you consider that these psychedelic songs are from the same band that recorded “She Loves You” and “I Wanna Hold Your Hand”, it’s apparent how much the Beatles had grown since their days at the Cavern. The Beatles were and are a band that made the world stand up and take notice. The songs meant for radio and live performances made them marketable, and the songs which were created for their own sake made them musical genius’s.

Why John Lydon is Being Sued by Ex-Sex Pistols Bandmates

Details about The New Metallica Book Coming Out

The 10 Best Melvins Songs of All Time

The 10 Best Eric Clapton Songs of All Time

The 10 Worst Christmas Songs of All-Time

10 Things You Didn’t Know about Smino