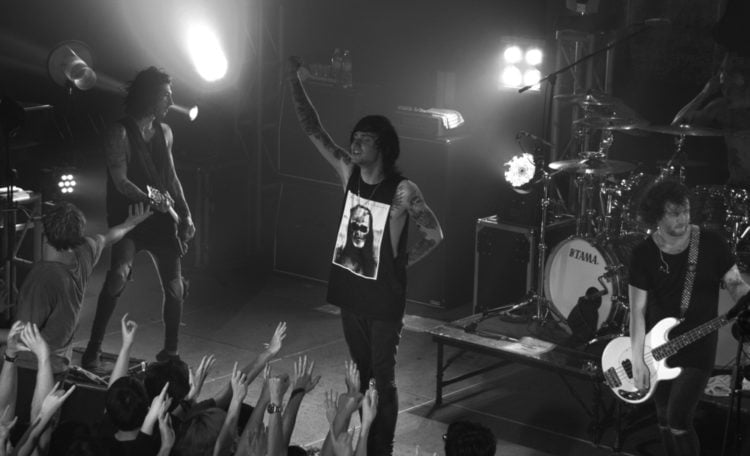 The British rock band Asking Alexandria became a sensation when the six-piece group made its debut in 2006. Their popularity soared when they showed up at popular venues including the Aftershock Festival, The Great Saltair, Hard Rock Live Seminole, Grand Sierra Resort, the Aragon Ballroom, The Antho, The Armory, and others. They were almost an immediate sensation. Original members of the rock band include Ben Bruce, Cameron Liddell, James Cassels, DannyWorsnop, and Sam Bettley, with Joe Lancaster and Ryan Binns also joining the group. They’re still popular today and have many events coming up on their tour schedule. The best song they ever performed depends on who you talk to, but fans have organized through multiple review sites to deliver the top 10 ranked best songs ever released by the group.

The Top Tens lists “The Black” as the 10th most popular song ever released by Asking Alexandria. It featured Denis as Danny’s replacement and fans like the delivery that Denis provides. He took the group back to its original roots adding his style. It’s reminiscent of the old-style 1980s rock and roll with the metal that fans have hoped to hear again. It’s an amazing song regardless of who is taking the lead and its one that all fans have deeply connected with and can relate to.

“Run Free” is an iconic Asking Alexandria song that combines hard rock with slow vocals. It’s a song that a lot of fans can relate to with the closing segment a romantic piece. While it’s not everyone’s favorite, some fans claim that it should be put in the number one slot. The debate continues, but you can’t deny its hard rock appeal with a unique balance of clean vocals and rhythm. It took the group in a new direction that some fans loved then and still do today.

8. “A Candlelit Dinner with Inamorta”

This iconic tune received enough current fan votes to put it at number 8 in our top ten best list. Although the group refuses to do a rendition of the song lives, it’s because Danny Worsnop hated the song. Fans loved the metal in the music while Worsnop hated the melding up multiple genres. From into to the end of the song, it grabs the ears and doesn’t let them go.

“Moving On” is another hit song from Asking Alexandria that stirred controversy among fans. Many believed that the deep meaning in the song was merit enough to move it higher on the list. It’s about moving on when things get too tough and some have found help through their darkest hours and have an emotional connection to “Moving On.” It’s from the “From Death To Destiny” album and has become a classic rock anthem.

Louder Sound ranks “Closure” as the sixth-best song from Asking Alexandria, as rated by fans. The song was released in 2011 on the Reckless and Relentless album. It’s a rage metal song that was a big hit among AA fans.

5.”Not The American Average”

“Not The American Average” was released in 2009 on the Stand Up And Scream album. It’s one of their hardest metal tunes that takes it to the limit in calling out a rat. Almost everyone could relate to the lyrics and the rage contained in the content of the music. This was one of their most hardcore songs and is still popular today.

“Send Me Home” was released in 2016. It’s one of the songs that was released on their fourth album “The Black” that takes a different tone than mainline Asking Alexandria music. This song is about lost direction and finding your way home. It was made for Denis Stoff’s voice with its spine-tingling high notes. Most people can relate to that feeling of being lost and wanting to go back home to a time when life was simpler. Sometimes you can but not usually.

This is a tune from 2012 that made history as it features soundbites from the infamous drunken stage appearance Danny made. The song gives fans a hard look into one of the less beautiful aspects of Danny’s rise to stardom and the bandmates’ lives. It shows the deep connection they share with fans. It’s consistently among the top three with most fans.

Return of Rock ranks this as the second-best song Asking Alexandria ever released. It made its debut in 2009 on the Stand-Up and Scream album. This may be one of the most brilliant songs that the group has released. The atmosphere and melody have caused many to view it as the best song they’ve ever released, however, there is one other that has received even higher marks.

“The Final Episode” is from the 2009 Stand Up and Scream album. It is the number one best song that the band has released to date. While you’re going to get a lot of argument on which is the best, enough fans are willing to stand up and fight for this one that gives it the top position. It helps us feel satisfaction from screaming with the hard-core vocals that get your blood pumping, and the guitar riffs are out of this work. We have to leave it at the number one slot, at least for now.