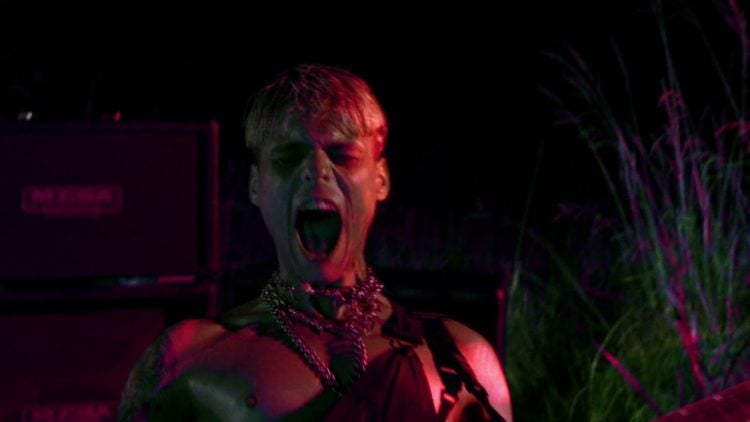 The band known as Cane Hill was first founded in 2011 out of New Orleans, Louisiana by Elijah Witt (vocals), James Barnett guitar and backing vocals), and Beno Barnett (guitar). Also in 2011, they recruited Colt Domingo as their drummer. The group named themselves after the abandoned psychiatric hospital located in the United Kingdom. In 2012, Ryan Henriquez joined the band on bass. And, in 2014, Devon Clark replaced Colt Domingo as the band’s drummer. In 2015, the band signed their first recording contract with Rise Records and released their first extended play (EP), which is titled “Cane Hill”. Also in 2015, Beno Barnett left the band as their guitarist. As of 2016, Mattie Hood tours with Cane Hill as the band’s guitarist.

Categorized as a nu-metal, industrial metal, metalcore, and alternative metal, Cane Hill has so far released three EPs, two studio albums, and one live album. When lead vocalist Elijah Witt was interviewed by Rock Revolt Magazine, he discussed his band’s music style features the influence of Alice In Chains, Megadeth, Pantera, Slipknot, as well as indie hip-hop. The recording of Cane Hill’s first studio album (Smile) started in January of 2016 in Los Angeles and took just over four weeks to record. They were partnered with WZRD BLD who helped them produce the album. Their second studio album (Too Far Gone) was released on January 19, 2018, and it was the final time Cane Hill worked with Rise Records. Since then, they have produced their music as an independent label.

Stemming from their 2018 album (Too Far Gone), Cane Hill releases their song (Kill the Sun) and it quickly becomes a classic among metalcore fans. Dubbed as a dark but beautiful single, the majority of Cane Hill’s fan base agrees if this is the style of music Cane Hill chose to play throughout the rest of their music career as a band they wouldn’t mind.

The most common comment shared among the majority of Cane Hill’s fans and critics are the agreement that Elijah Witt’s vocal talent is among the cleanest and most performant from the genre of metal music, especially metalcore and nu-metal. The song (You’re So Wonderful) comes from their 2016 album (Smile).

Released as a single in 2017, the song (Too Far Gone) comes from Cane Hill’s album (Smile) which was released in 2016. makes a strong impression upon metal music fans that the band is capable of being more than just one-hit wonders. Among many fans of Cane Hill, Too Far Gone ranks as their personal favorite of all time. Many music critics also share an identical sentiment.

7. Power of the High, Part One

This song (Power of the High, Part One) serves as Cane Hill’s 2020 contribution towards metalcore music as a favorite among the genre’s music fans. Released from their EP (Krewe De La Morte Volume 1), the band’s popularity grew substantially among music fans from various metal music genres, and are hopeful a record label stronger than Rise soon picks them up.

Coming from their independent EP (Krewe De La Mort Volume 1) is the first part of the song (Blood & Honey). It started to stream online on May 14, 2020, which was quickly picked up and shared by Cane Hill’s most appreciative fans. Some fans not only consider Cane Hill as saviors of the metal music genre, but the impact this song delivers as well.

Fans of Cane Hill note the song (The Fat of the Land) as an excellent display of the band’s technical skills. Between the opening guitar riff and the storyline of an old car that happens to pick up the devil who has disgusted himself as a hitchhiker. This song comes from their self-titled EP, which was released in 2015.

The female vocals in the background as Cane Hill perform the song (French 75) are noted for their haunting influence towards a much slower track from their 2015 self-titled EP (Cane Hill). Marked as one of the band’s best by their fans, many find French 75 to be the standout song that boosted their interest to add it as one of their favorites.

(Sunday School) is the first single released from their debut album (Smile). The song served as an introduction by Cane Hell as they step into the metal music scene with a bold, confrontational style. Since its first play on October 8, 2014, the song quickly earned Cane Hill fans who still regard the song as among their favorites.

This highly controversial song ((The New) Jesus) comes from Cane Hill’s album (Smile), which was released in 2016. Fans of Cane Hill love it, as well as many metal music fans. Among those who consider this song as one of their favorites, the most common description revolving around it is a lighter, whimsical approach within the realm of metal music.

Coming from their debut album (Smile), is the song (Time Bomb), which was released in 2015, before the album itself was released in 2016. Most fans who follow Cane Hill consider this song to be their all-time favorite. According to their article of the band, Alternative Press lists this single as among the essential five to get to know the band known as Cane Hill, as well as the style of music they typically play. Between the engineered distortion and digital backtracks, Time Bomb is among the most aggressive tracks to ever come out of Cane Hill’s discographic roster.