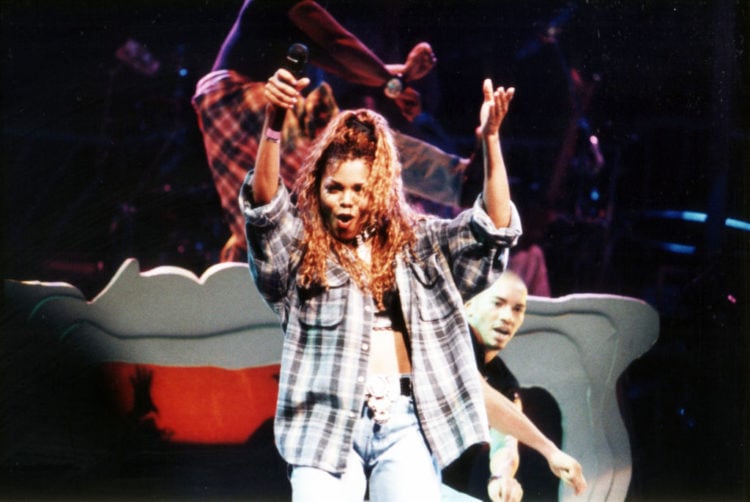 For the first few years of her career, Janet Jackson was better known for her famous brothers than her music. Then, in 1986, she dropped her third studio album, Control. After that, everything changed. For the rest of the 1980s and the first few years of the 1990s, she dominated the charts in a way that no other female artist in the R&B genre (with the possible exception of Madonna) could dream of. There have been ups and downs in the years since, but even her infamous performance at the Super Bowl XXXVIII halftime show in February 2004 can’t dull her astonishing legacy. Here, we take a look at the 10 best Janet Jackson songs of all time.

When Janet Jackson sang the line “My first name ain’t baby, it’s Janet — Miss Jackson if you’re nasty” on Nasty, you knew the days of her being overshadowed by her brothers were over. Janet had arrived. Released on April 15, 1986, as the second single from her third studio album, Control, it peaked at number three on the Billboard Hot 100 and number one on the Hot R&B/Hip-Hop Songs chart. 30 years later, it found itself back on everyone’s playlist after Donald Trump referred to Hillary Clinton as “That Nasty Woman,” a comment that managed to increase streams on Spotify by a massive 250%.

After making her name with a series of big, bombastic floor fillers, the cool, measured hip hop of 1993’s Janet came as something of a surprise. It wasn’t an unwelcome one though, especially when it resulted in such classy little numbers as That’s The Way Love Goes. Sleekly seductive and deliciously understated, it became a huge international hit, spending eight weeks at Number 1 on the Billboard Hot 100 and snagging the Grammy Award for Best R&B Song.

8. What Have You Done For Me Lately

Jackson’s career was petering along nicely but unremarkable until Control came along and blew everything out of the water. Her first album to top the Billboard 200, its fusion of styles quickly established the singer as one of the leading purveyors of contemporary R&B. Its lead single, What Have You Done For Me Lately, describes a woman’s frustration with her other half – a particularly poignant subject for Jackson, who’d just finalized her divorce from James Debarge. It peaked at No. 4 on the Hot 100 and broke the Top 10 in the Netherlands, Germany, Switzerland, and the United Kingdom.

As johnsworldblog.com notes, Jackson wrote Together Again after losing a friend to Aids. It was intended as a ballad, but somewhere along the line, it got transformed into an uptempo dance number. Despite the contrast between the sad backstory and the upbeat arrangements, it works a treat, thanks in no small part to Jackson’s awesome vocal performance. Released as the second single from her sixth studio album, The Velvet Rope, it spent two weeks atop the Billboard Hot 100 and eventually certified gold.

Named as one of the best Janet Jackson songs of all time by bestmusiclists.com, When I Think of You is an understated gem. Crisp, clean, and intersected with some very funky blasts of horn, it captures the joy of new love without sounding even vaguely saccharine. Released on July 28, 1986, as the third single from the album Control, it was a huge hit on both sides of the pond, breaking the Top 10 in the UK and giving Jackson her first No.1 on the Billboard Hot 100 in the US.

5. Love Will Never Do (Without You)

Released as the seventh and final single from Jackson’s Rhythm Nation 1814 album, Love Will Never Do (Without You) saw the singer climb to the top of the Billboard Hot 100 for the fifth time in her career and for the fourth time with Rhythm Nation. It stayed at No.1 for an astonishing eight weeks, becoming one of her biggest hits of all time. With a shimmering arrangement, lush background harmonies, and a stunning vocal performance from Jackson, it still sounds as fresh today as it did back then. As a piece of trivia, the video for the song gave the world its first introduction to a certain Jennifer Lopez, who appears as one of Jackson’s backing dancers.

In August 1989, Jackson scored the second No. 1 of her career with Miss You So Much, the lead single from Rhythm Nation 1814. A funky dance number with an irresistible groove and a huge hook, it ended up selling more than one million copies in the US alone, just missing out to Phil Collins’ Another Day in Paradise to become the second best-selling single of the year. As Billboard notes, the video was just as groundbreaking and influential as the song itself – if you ever wondered where Britney Spears found the inspiration for the chair routine in Stronger, watch the video to Miss You So Much and you’ll find out.

Jackson was just 23 years old when she recorded Rhythm Nation, and her youthfulness is more than obvious in the song’s slightly awkward rhymes. But that aside, it’s a remarkably powerful, assured offering, with a superb vocal performance from Jackson and an irrepressible hook that’s impossible not to dance to.

By the early 1990s, Janet Jackson was all grown up and preparing to seduce the world with her most proactive album to date. 1993’s Janet is slinky, sexy, and studded with classic tracks like If, a deeply sensual number that sees Jackson abandon her family-friendly image with enough explicit imagery to make a grown man blush. A huge hit internationally, it peaked at Number 4 on the US Billboard Hot 100 and broke the Top 10 in Canada, New Zealand, and the United Kingdom.

What made Jackson a star was her ability to bring so many different styles and genres together in a way that seemed effortless. Rhythm Nation 1814 was an album that managed to veer from dance floor fillers to ballads, R&B to funk. And then there was Black Cat, a song that found Jackson tackling drug abuse and gang violence with as much aplomb as she did everything else. From its fabulous vocal performance to its thundering guitar licks, it’s a triumph.