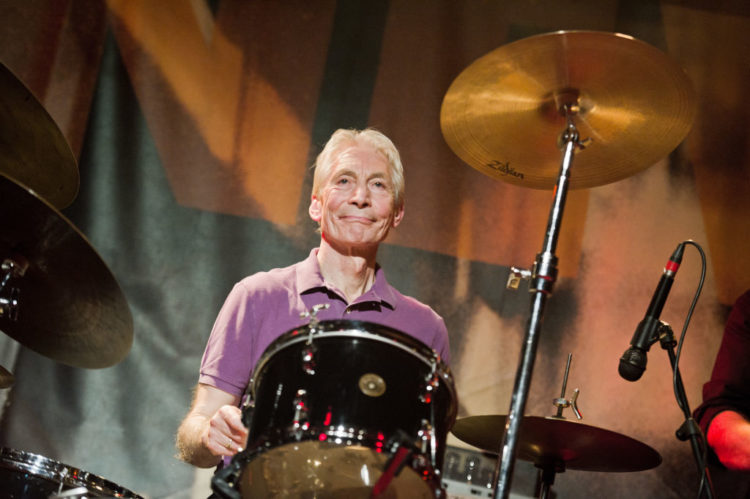 Charlie Watts was the antithesis of the likes of Keith Moon and John Bonham. He didn’t see the drum kit as an extension of his ego, he saw it as something to be played. And play it he did. He might not have had Mick Jagger’s strut or Keith Richards’ swagger, but Watts was always the beating pulse of the Rolling Stones. Back in the mid-1980s, Jagger landed a sweet deal for a few solo albums. The rest of the band weren’t impressed with the deal and they were even less impressed with the underhand way Jagger had secured it. Tensions came to a head one night in Amsterdam. After a night on the tiles, Jagger and Richards headed back to Mick’s room for some drinks. Peeved that Watts hadn’t joined them, Jagger called him up, demanding to know where ‘my drummer‘ was. Watts turned up at Jagger’s room a few hours later, suited, booted, clean-shaven, and smelling of cologne, grabbed Jagger by the collar, uttered the iconic line “Never call me your drummer again. You’re MY singer,” then treated him to a neat right hook. He was right. Jagger may have rocked, but Charlie rolled, and without his guiding influence, the Stones would never have become the biggest band in the world. In tribute to the late, great Charlie Watts, here are the 10 best Charlie Watts Rolling Stones rock songs of all time.

As ultimateclassicrock.com writes, by 1966, the Stones had started taking some risks. 19th Nervous Breakdown constituted one of their most adventurous songs up till that point, with Watts’ jazz-influenced beats and rolling toms setting the tone for the entire thing.

They might still put on a great live show, but there’s no doubt the Stones have been coasting for some years now. But as theriver107.com says, the one thing that didn’t get lazier as the band got older was Watts’ drumming. On 1994’s Moon is Up, his reliable timekeeping and clashing cymbals shine like a beacon. Watts’ was never one for tricks or grandstanding. He simply turned up, sat down, and got on with the job – masterfully.

8. Let’s Spend the Night Together

By 1967, the Rolling Stones had thrown caution to the wind and the rulebook with it. Let’s Spend the Night Together might not raise eyebrows now, but back then, it was risqué enough for parents and puritans to start labeling the band as a dangerous influence. It’s not the content of the lyrics that makes it so dangerous, though, it’s Watts’ drumming, which adds just the right amount of tension to elevate the song to greatness.

There’s a lot to love about Street Fighting Man. One part anti-war protest song and two parts pure rock and roll, it ranks as one of the Stones’ greatest songs. Watts can’t take all the credit for that, but he deserves more than he’d probably ever have asked for. According to Stones’ mythology, Richards and Watts laid down the foundations for the song at home on a cassette. Watts didn’t have his full kit with him so he made do with a toy drum instead. When they tried to recreate it in the studio, they couldn’t capture the vibe of the original, so they beefed it up with some overdubs and stuck with that. When a drummer sounds this good playing a toy, you know he’s some drummer.

As Variety says, it may be Richards’ riffing and the risqué lyrics that Satisfaction gets remembered for, but without Watts’ sublime rhythms, it wouldn’t be half as good as it is.

What happens when the quiet one finds their voice? Gimme Shelter, one of the best songs in the Rolling Stones’ cannon and a masterclass in drumming. After a gentle start, Watts ramps up the intensity with some of the most monstrous drum drops ever recorded. The way he plays slightly behind the beat, the way he shifts into the vocals, his restraint… it’s masterful, lending more menace and more darkness to the song than a more frenzied performer could ever hope to do.

Paint it, Black is intense. Onerous, chaotic, and as bleak as a winter’s night, it ranks among their most potent songs. But without Watts, it would never have worked. He controls the chaos, turning the song from what could have been an undignified mess into a brooding masterpiece via just a few simple time changes, a few clashing cymbals, and an orchestral intro.

Stretching over seven minutes in length, Midnight Rambler is a song that requires stamina. Not necessarily from the listener (when a song’s this good, the minutes fly by) but from the band performing it, and in particular, the drummer setting the pace. The song starts gently enough, but at around the 2-minute point, the tempo shifts up a gear. The way Watts signals the change with some effortless rolls on the hi-hat before easing back into the beat is sublime.

Watts never took a shot at the limelight. Not because he couldn’t, but because he didn’t want to. He was the pulse of the Stones, not its face and certainly not its voice. But on Honky Tonk Woman, he roars, delivering an exquisitely funky, all-percussion intro that sets the pace and the tone for everything that follows.

Watts doesn’t just contribute to Get Off Of My Cloud, he owns it, delivering a performance of such magnitude, it leaves even Richards’ sublime riffing for dust. Watts’ talent was always making something complex sound simple. Here, he keeps up the relentless pace for the entire duration of the song, breaking not a bead of sweat in the process. In just three minutes, he asserts his status as one of the greatest drummers of all time, and reminds us of why he’ll be so greatly missed.