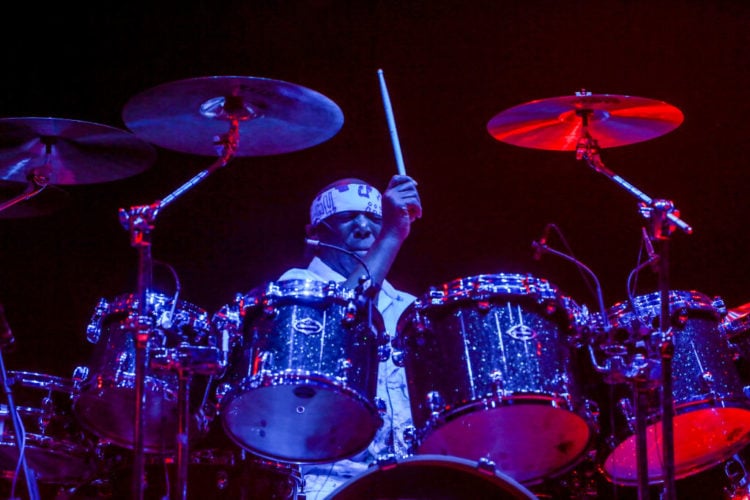 Drums date back to 5500 B.C. They are found in Mesopotamian, Egyptian, Greek, and Roman cultures, primarily used for religious ceremonies and cultural gatherings. According to Drum Sector, drums have always served an essential purpose in many different cultures, each type influenced by the style of the area. These early roots became the twentieth and twenty-first-century music we hear today, all of which center on rhythm. When you listen to a song, it’s easy to focus on the guitar riffs, the singer, or the lyrics. However, the drummer is an essential component of any band. Without their expertise, a song would be lost. A drummer sets the tone for the music and keeps each of the instruments synced. Yet, an unskilled drummer is worse than a group that muddles through without one since confidence and rhythm take a song from good to great. Additionally, if the drummer is highly skilled, they can pick up places where a guitarist or bassist is lacking. Many songs wouldn’t have become hits had it not been for the drummers whose skills bring the music together. There are too many songs to list where the drummer is the standout in the piece; these are the twenty best drumming rock songs of all time.

Even though the drums in this song mostly remain partially muffled in the background, the piece would have fallen flat without them. Throughout the song, Taylor maintains a steady beat that barely deviates during the fill. However, the overall groove has mastery in its simplicity.

19. In The Air Tonight – Phil Collins

Collins on drums and the sensuous sound of the song are already the mark of a talented musician. After adding intricate guitar rhythms that create an ethereal beat to an already introspective and masterful composition. Throughout the song, there is a light drum groove that steadies the song. Yet, the drums genuinely shine during the fills without adding a jarring element to the soulful music.

The song catches you off guard at the beginning with maniacal laughter. Yet, once the music kicks in, it’s not the guitar riffs that have made this song iconic and well recognized. It’s the drums that create the lively feel-good beat.

There’s no question the drums in this song are the galvanizing part of the music. Despite electric guitar solos, the standout remains Calhoun’s considerable skill. There is a percussive driving rhythm throughout the song, which steadies the guitar staying forceful throughout and melding with the guitar but remaining the standout.

Let’s face it; there’s a sense of ill-informed cockiness in adolescent boys. This song is youthful arrogance at its best. Even though the drum focus initially is a series of ghost notes, it’s easy to hear the rev about to happen. As the song progresses, VanHalen creates a rhythmic series that sounds like hard-hitting footsteps from a kid excited to be kept after school. The song finishes with a triumphant groove of high hat.

The song begins with Robert Plants echoing voice and electric guitar riffs from Jimmy Page. Yet, when Bonham comes in on drums, the music becomes whole. Much of the song is a collection of grooves; however, instead of going full throttle during the fill, Bonham shifts to the high hat highlighting the electronic instrumentation. However, he returns with a mix of high hat and drum that goes totally silent after a minute until the song’s final crescendo begins.

The opening of the song is an electronic keyboard mix which is highlighted by Peart’s drumming skills. As the song progresses, the grooves overtake the rest of the song, with the guitar making several standout riffs alongside the keyboard. Yet, throughout the music, the drum is the most memorable part with percussive rhythms and energetic high-hat breaks.

The opening of this song has a dark liturgical feel with a light high hat and guitar riff interludes. As it begins to open, Baker creates a steady drumbeat that fills out during some of the moodier moments of further creating the sinister feel of this song. Jack Bruce’s lyrics keep constant rhythm with Baker’s licks and Eric Clapton’s charged guitar riffs.

According to Gold Mine Mag, George Martin, The Beatles producer, said, “Ringo has a tremendous feel for a song, and he always helped us hit the right tempo the first time.” A Day In The Life was one of the most discordant songs in the Beatles catalog, with the first few verses haunting and the second upbeat McCartney at his best. Ringo keeps the groove simplistic only by adding punctuation to Lennon’s haunting voice at the front of the song. Yet, as the orchestra swells into the second half, Ringo begins to a consistent groove with snare and high hat intervals, which lilts through McCartney’s vocals. Starr continues this rhythm as the song switches back and forth between the two sections.

When this song was written, it was about the counterculture known as Mods. The drum licks in this song add to the widespread rebellion of the music. A lot of the groove is uncomplicated, but it drives the song with rim shots and snare. Throughout portions of the son Moon, a few well-placed fills emphasize Daltry’s voice and Townswends lyrics. At the end of the song is an extended drum solo where Moon is at maximum velocity. The crescendo is a flawless conclusion for a song about disenchanted youth.

Beauford uses a combination of acoustic instruments at the beginning to create an African video. However, the song swiftly goes into DMBs signature jam-band style. Throughout the song, Beauford maintains an organic groove that flows and dominates while still allowing Matthew’s voice to lift out of the beats. During one of the fills, Beauford slows down the licks as the music takes on an eclectism adding moments that would typically be found in songs south of the Mason Dixon Line.

When you think about American rock and Roll, Springsteen is one of the masters. Carter’s talent in this song creates additional mastery. He alternates between anthemic fills and a licks hat throughout the song create and urgency to the already dynamic music. Near the end of the song, there is fill with all of the instruments featured. However, it’s the authority of the drums that joins them together.

During the opening of this song, you hear a booming assemblage of electric guitar and high hat mixed with electronic overdubs that mirror WWII emergency sirens. Ward maintains the steady rhythm until the song begins its escalation. As Osborne’s voice enters the mix, the first minute or so is drum-led fill followed by discordant vocals. Further into the music, Ward begins to integrate with the electric guitar riffs. Even though the song is mainly focused on guitar solos, there are several places where drums are brought to the forefront and shine with precision.

Before you hear Ann Wilson’s rich and smokey vocal, the song’s energy begins with a drawn-out electric guitar riff and the opening groove from Derosier. Throughout the music, the drum beats maintain a constituency that pushes the song into an energy stratosphere. Derosier relies on a deftly executed blend to elevate the eccentricity of the song.

6. All Along The Watchtower – Mitch Mitchell – Jimi Hendrix Experience

According to Cover Me Songs, this wasn’t the first time Hendrix covered Dylan. However, it was the most well-known cover. Rumor has it that Hendrix heard the song before it was released. After listening to John Wesley Harding’s album repeatedly, he wanted to cover I Dreamed I Saw St. Augustine but felt it was too personal to Dylan. It takes talent to stand out behind Hendrix’s vocals and prodigal guitar playing. Yet, Mitchell’s memorable performance on the drums rounds out the psychedelia of this song.

Hawkins opens the song with a drum solo, bursts into the music, and maintains as Dave Grohl’s dynamic voices begin the lyrics. Across the song, the drum grooves are diverse and don’t act as simple fills to push the music forward. Additionally, the guitars and drums in this song are constantly cohesive, showcasing the equally talented group’s individual strength.

Watts’ initial drum lick sets the tone for this Stones, which is more macabre than other tracks in their catalog. Watts maintains a consistent groove underneath Mick Jaggers’s voice. Although during the fills, the rhythm shifts with additional high-hat and drums. Throughout the song, the consistency of the tempo gives provides a sinister backdrop.

According to Songfacts, this song is based on the 1939 novel Johnny Got His Gun, later made into a movie in 1971. The opening solo is a series of soft guitar riffs and a ghost beat. James Hetfield holds the consistent introspective rhythm until several minutes into the song. Yet, Ulrich’s groove starts becoming more intense with punctuations strong licks. Throughout the song, he alternates between fading into the background and emphasizing some more potent lyrics. Near the end of the song, Ulrich draws the drums out until they become a crescendo in the final chorus.

Jack White’s original group was a collaboration with his first wife. Meg white starts the song off with a persistent beat. However, as Jack White’s vocals elevate, the groove becomes more intense. Meg White adds several drum patterns in the song, never deviating and cycling through depending on the intensity of guitar and vocal.

According to A.V. Club, the song Smells Like Teen Spirit has become something of a novelty since it has been at the forefront of music history for so long. However, Grohl’s opening to the song has never lost the impact it’s had on that song and the entire genre of grunge music. Even though the guitar is the first thing listeners hear in this song, it’s not until Grohl’s intro that the song coalesces. Throughout the song, he maintains a series of rhythms that equal part and create a groove. Grohl’s chart-topping success began on this song and kept going decades after grunge flannel was in the back of fan’s closets. 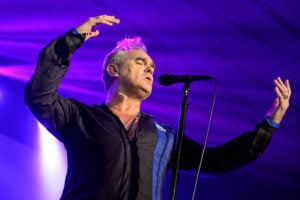 Ranking All the Morrissey Studio Albums 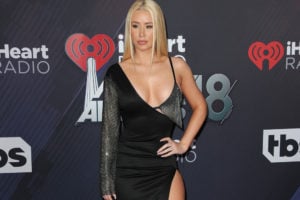 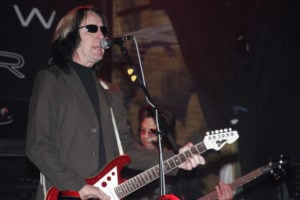 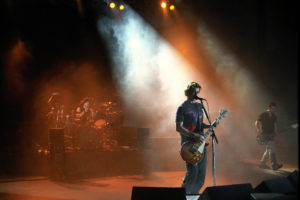 The 10 Best Bush Songs of All-Time