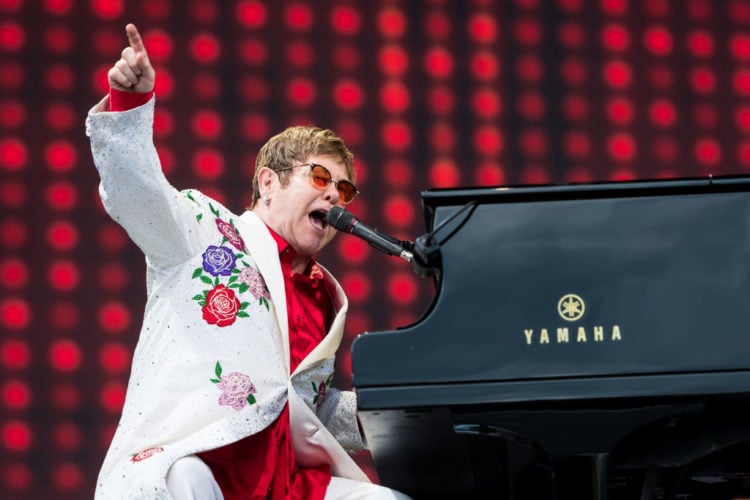 Elton John is so, so much more than a showman with a prodigious spending habit and a history of other habits that shall remain nameless. Together with longtime songwriting partner Bernie Taupin, he’s given us some of the loveliest and most enduring albums of all time. Obviously, not every album can be great. Considering his career spans over 50 years, you wouldn’t expect them to. But this is the man who gave us classics like “Goodbye Yellow Brick Road.” That’s something that no amount of doozies can detract from. As to which albums rank as his finest, stay tuned to find out as we count down the 10 best Elton John albums of all time.

10. Songs From The West Coast

After years in the wilderness, Elton returned with a bang in 2001 with “Songs From The West Coast.” Unquestionably, the album got a massive boost from his decision to bring some of his old band members back on board. But it was the reunion of Elton and Taupin that made the album what it is. Helped along by some outstanding music videos featuring star turns from Robert Downey Jr and Justin Timberlake, “Songs From The West Coast” proved that whatever else Elton John was, he was far from over.

1972’s “Honky Château” represented Elton’s first number one album in the US. It also represented the last time we’d see him in a beard and NHS specs before the crazy glasses and wigs took over. Understated, heartfelt, and wonderfully simple, it was a very good album that was made great by the addition of the sublime “Rocket Man.”

Strip away the crazy glasses, the outfits, and the showmanship, and you’ve left with the essence of Elton John: a great pianist and an even greater vocalist. “A Single Man” is exactly that: a single man doing what he does best on the instrument he knows best. The band may join in for kicks and giggles at some points, but this is an album that showcases Elton at his simplest, and his finest. It’s invigorating stuff.

It may sound like a contentious choice, but if “Too Low for Zero” is good enough to be included on ultimateclassicrock.com’s list of the 10 best Elton John songs, it’s good enough for ours. If you overlook the shiny 80s production values, you’ll find the album has a soul and a tenderness to it that could compete with any of John’s earlier works. If you’re still not convinced, take a listen to “I Guess That’s Why They Call It The Blues.” If any track was going to convince you of the album’s inherent merits, this would be it.

1970’s “Tumbleweed Connection” sees Elton on fine form. Having recently enjoyed major success in America, he was in the mood to celebrate. What better way to do it than by honoring his new homeland with some good old-fashioned Americana? Tracks like “Country Comfort” and “Ballad Of A Well-Known Gun” wouldn’t have sounded out of place on a Creedence Clearwater Revival album. Amoreena is a gorgeous, rollicking little track with some fine lyrics and even finer vocals. “Burn Down The Mission” is something even The Band would have been proud of. And then, of course, there’s the simple but delicious ballad “Love Song.”

As Rate Your Music highlights, 1974’s “Caribou” came at the point in Elton’s career where he began to drift away from his image as an earnest young rocker and start to move towards the flamboyant showman he’d spend much of the next two decades perfecting. The shift is evident throughout much of “Caribou,” with tracks like “Don’t Let The Sun Go Down On Me” and “Pinky” displaying a new fondness for mood synths and horns. Considering the success of his previous albums, he was messing with a winning formula. Fortunately, it still managed to produce a classic album.

Ubiquity may have robbed “Your Song” of some of its pathos, but that doesn’t mean it wasn’t, and still isn’t, one of the finest songs of the last century. The album on which it was delivered, 1970’s “Elton John,” ranks as one of Elton’s earliest and finest achievements. There’s nothing big or fancy about the musical arrangements or the production: it’s simply Elton, sat at the piano singing Taupin’s words like his life depended on it. Nothing could be greater.

The 80s may have seen Elton descent into flamboyant madness, but before he got there, he had one more trick to play. 1975’s “Captain Fantastic And The Brown Dirt Cowboy” isn’t without its flaws (he couldn’t have wrung more emotion from “Someone Saved My Life Tonight” if he’d tried, and the title track was too lightweight to carry substance) but overall it was a heartfelt, moving album that might not have received the credit it deserved at the time, but has proved the critics wrong in the long run.

2. Don’t Shoot Me I’m Only The Piano Player

Whatever Elton was imbibing in the early 1970s, it had its upsides. As Loudersound.com writes, to release one classic is remarkable enough; to release two in the same year is almost unimaginable. Yet in 1973, that’s exactly what he did. Nine months before he gifted the world “Goodbye Yellow Brick Road,” he was giving us a taste of what was to come on “Don’t Shoot Me I’m Only The Piano Player.” With tracks like the touching “Daniel” and the storming rocker “Crocodile Rock,” leading the way, it was a strong, pretty much flawless album that still sounds as fresh today as it did then.

Just nine months after blowing us away with “Don’t Shoot Me I’m Only The Piano Player,” Elton was back. And somehow, he was even better than before. “Goodbye Yellow Brick Road” is, simply put, a masterpiece. Whether he’s pulling a Bob Marley on “Jamaican Jerk-Off,” breaking our hearts on “Candle in the Wind,” or getting us in the mood with “Saturday Night’s Alright for Fighting,” he doesn’t put a foot wrong. And then, of course, there’s the showstopping title track. No one before or since has managed to slip in and out of genres so effortlessly and so cohesively. Without a doubt, this is his finest moment.