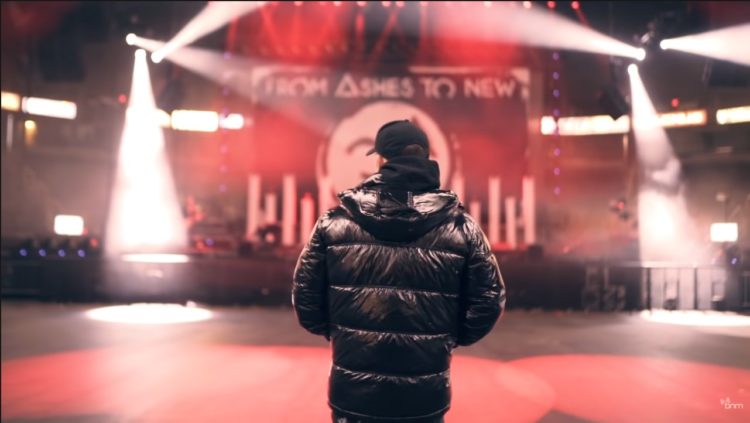 From Ashes to New is one of my favorite bands of all time and they’ve had a lasting impression on my life in a way that I will forever be grateful for. I remember when an old friend of mine introduced me to them and he described them as a mix of Hollywood Undead and Linkin Park; that was all the way back when the From Ashes to New EP released (maybe a few years afterwards), and they’ve come a long way in terms of the sound and meaning of their songs. So, what are my top 10 From Ashes to New songs of all time? Well, that’s a pretty tough question to answer, because it all varies on why I’m listening, but let’s go ahead and try to figure out what songs I like the most overall!

Broken is one of those songs that you really listen to the lyrics and it fuels you to move on from whatever garbage you’re dealing with even harder. To me, it’s all about trying to move on, but when people try to stop you from doing that, you have to ignore them and understand that they’re just trying to hurt you more, specifically with the line: “It could’ve been easy to part ways, but now you feed me this parfait of bulls**t with your lies mixed in, you can keep your games at the arcade.” Definitely an instant classic and an anthem for those that need it.

Through It All is also another song made specifically for those who have been, well…through it all. This comes straight off of their 2016 album “Day One” and I remember listening to this on the bus to school almost every single morning. To me, this song is all about being betrayed by the one you trusted the most, the one you gave everything to and trusted to always be there for you, and how they shaped you into someone else and vanished. It’s a lot to truly take in, but it’s really powerful when you sit down and truly understand it.

If you ever needed a song to represent the next generation that will inspire change in the world, The Future is it. This song is all about empowering change in all aspects of life, and how this new generation is set to make changes to the entire system, because these changes are long overdue. The past is gone and what remains is The Future.

Okay, so I’m not entirely sure about this theory, but I believe that this song has something to do with anxiety. I think that it’s about how haunting anxiety can be and how it essentially forces you to drag it along with you, in a land of make believe, because it makes you perceive things that are unreasonable and false. To me, this song is about trying so hard to overcome that anxiety and even depression, and how those feelings also fight back. Again, I’m not entirely sure if that’s at all accurate, but that’s how I perceive it.

I remember exactly when Who’s Laughing Now dropped and how blown away I was by how different it was to a lot of the previous From Ashes to New material that I had heard in the past, and it’s become one of my all time favorites.

The music video for Stay This Way handles some pretty intense stuff, but then again, so does From Ashes to New. Stay This Way is all about taking your life into your own hands and not letting anyone tell you who to be, what to do, or how to live your life, and there are so many people out there that need to hear what this song has to say.

Destruction of Myself is about how you can so easily become your own worst enemy and how easy it is to feel hopeless and lost – like no one can save you from your own self-destruction. This song also definitely has one of my favorite breakdowns across From Ashes to New’s entire discography.

There was a pretty long time when My Fight was my all time favorite From Ashes to New song, but that was all the way back in high school and they’ve now released so much music and grown as a band and lyrically that while I still absolutely love the sound, there’s just a few that I’ve grown to like even more.

My Name held the number one position at some point for quite a while; I remember listening to it on repeat for days on end as I tried to figure out where to go in life and how I realized that my life is in my own hands, so it’s up to me to take control of it and make something of myself. I had to make the world know my name, and that’s exactly what this song is about. It doesn’t matter what anyone else thinks, it doesn’t matter what they say, and it especially doesn’t matter if they say you can’t or shouldn’t do what you want to do, it only matters that you take charge and do it.

Now, this is where it gets interesting. When I say that Panic is my number one pick, I don’t just mean the song – I mean the album. It’s impossible for me to choose a single one of these songs to be my favorite, because I love everything about them all. Panic shows that the band is still aware of what their audience enjoys (for me, personally, I love the super heavy stuff), but that they aren’t afraid to explore various sounds, and I truly appreciate that. Panic is such an evolution of sound, meaning, and overall feeling that just demonstrates the sheer range that this fantastic band is capable of putting out.

So, no, I don’t have a favorite From Ashes to New song, because they are all worthy of the number one spot. It’s just not possible to pick one, because each song tells a story and each song relates to someone else for various reasons, and that’s why I love From Ashes to New. Like I said above, they’ve helped me through a lot of stuff, and I will be forever grateful for each and every member and the music that they produce. I can’t wait to see what From Ashes to New has in store for us with their next album, and I’m hoping to be able to make it to another show.