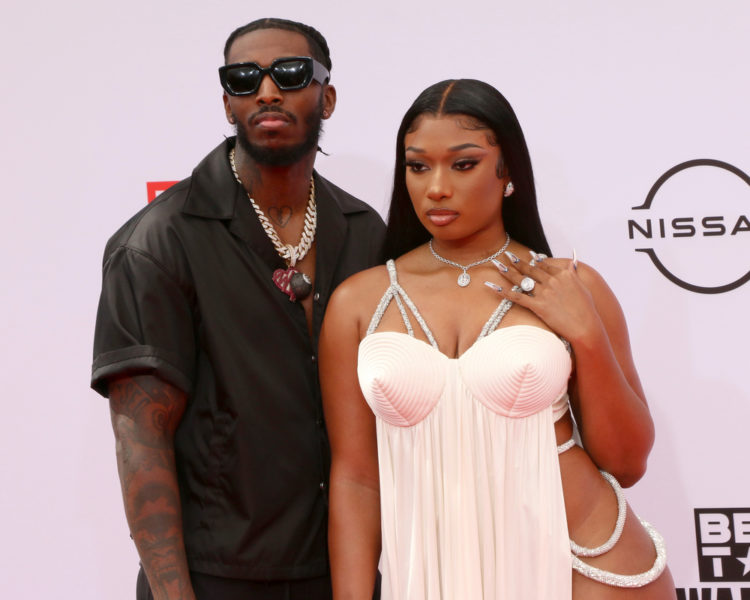 When a 17-year-old Megan Thee Stallion burst onto the scene with the “Stalli Freestyle” back in 2017, she became an instant sensation on Instagram and other social media platforms. In 2018, she got signed to 300 Entertainment where she later released several mixtapes and virals singles such as “Big Ole Freak” and “Tina Snow,” which catapulted her as one of the most compelling hip hop artists of her generation. Through some of her songs such as, “Hot girl Summer,” Meegan has inspired a generation of listeners who revel in their bodies. The song featuring Ty Dolla $ign and Nicki Minaj has garnered over 110 million views, leading to Megan Thee Stallion trademarking the phrase, ‘hot girl summer”. She also has two number one songs on the US Billboard Hot 100 Charts, with the song WAP hitting the number one spot in several other countries. Here are the ten best Megan Thee Stallion songs ranked.

The video to this song is inspired by the animated film, Toy Story and it features Megan and DaBaby coming to life in the form of dolls. Amusing, right?? The lyrics of the song find both rappers talking about their extraordinary sex lives. The track went viral on TikTok, with fans coming up with a dance challenge dubbed the #CryBabyChallenge.

Our number nine song is the platinum-certified hit single from Megan Thee Stallion’s 2020 album, Good News. Megan brags about how desirable she is to men and how other women envy her body. The lyrics of the song are raunchy just like, most other Megan Thee Stallion songs, and in the song, she consistently repeats, “body-body-body.” According to Megan, the idea of the song came about during the Covid-19 pandemic as she appreciated her quarantine body which had become fluffier and thicker. The video of the song features cameo appearances from Taraji P Henson, Jordyn Woods, and Blac Chyna.

8. Girls In The Hood

“Girls in the Hood” was released on June 26, 2020, and it samples Eazy E’s classic song, “Boyz In The Hood.” The track was a banger, and it felt like a revolt of women in rap. The track was certified platinum by the RIAA and appeared at number nine on the US Rolling Stone Top 100.

Going by the title of the song, you can guess where Megan sampled this track from. Yes, you are right; the track samples Notorious B.I.G’s “Who Shot Ya.” The song was a response to Tory Lanez’s assault on Megan Thee Stallion in a shooting incident. The track had an excellent commercial showing, with many Twitter users praising Megan Thee Stallion’s charisma and great delivery.

“Big Ole Freak” was the first big break for Megan Thee Stallion on the Billboard Hot 100 chart. Ever since the track dropped, you could tell it was different from other songs in her catalog. The track debuted on the US Billboard Hot 100 at position 99 before peaking at position 65. The track has been certified platinum by the RIAA, and it is credited as her biggest breakout hit.

When she released her 2020 album, Good News, many of Megan Thee Stallion fans were impressed by the tracks, which featured some heavy bars about what she had been through over the last year. However, in this track, she gets confident and proud, which is apparent in the song’s title. Although the song’s lyrics are a bit explicit, she delivers them in a clever way that we have come to associate her with. “Sugar Baby” is the fifth track from the album, Good News.

“Beautiful Mistakes” is a guitar-driven pop song featuring Adam Levine of Maroon 5, reminiscing his life with his ex naked in the bed. “Beautiful Mistakes” has a catchy flow, and everything about the song is impressively smooth. Megan Thee Stallion complements Adam Levine’s lines with some impressive bars that will make anyone who listens to the song fall in love with it.

The number three song in our list is one of the most controversial releases by Megan Thee Stallion. However, at times, controversy sells, and this track was an immediate success, with the video garnering over 24 million views in the first 24 hours upon its release. The track, which features fellow female rapper Cardi B was a commercial success despite mixed critical reviews. The track debuted at the top position on the US Spotify Songs Chart and the Billboard Hot 100. The track was also named as the most-streamed song of 2020 by a female artist with 732.7 million streams.

This track marked the first time Megan Thee Stallion collaborated with Nicki Minaj and Ty Dolla $ign. The song was released following the term “hot girl summer,” which also became a viral meme. Following the viral meme, Megan thought it was only fitting for her to release a track by the same title before summer. The song peaked at number 11 on the Billboard Hot 100and won an MTV Music Award for Best Power Anthem and a BET for Viewers Choice Award.

“Savage” is undoubtedly Megan Thee Stallion’s biggest hit in her short but eventful musical career. The track is contained in her 2020 EP Suga. The song features an expressive chorus which you can dance to as Megan celebrates her complexity, painting herself as the ‘Mona Lisa of the hood.’ “Savage” is the best track from the EP, and it represents Megan at her absolute peak. The track went viral on TikTok and was the most played song on the platform in March 2020, with over 7.5 billion views in that month. The track peaked at the top position on the US Billboard Hot 100, and the song’s remix, which features Beyonce, won two Grammy Awards in 2021.