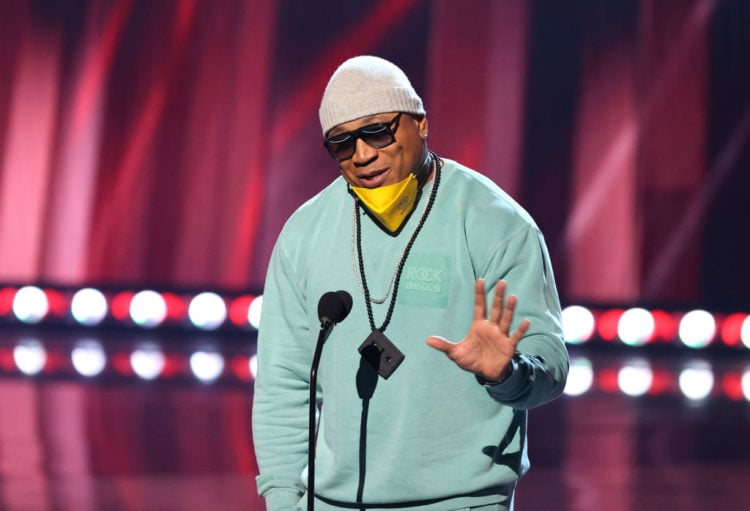 Rap in the 1980s had a sound all its own. It was a revolutionary time when this type of music was just beginning to see widespread popularity. Before the 80s, there was no rap on the radio, and most people wouldn’t have recognized the word as anything other than what you do to a holiday gift. The twenty best rap songs of the 80s aren’t just good music; they are the sounds that changed the future of the music industry and hip-hop and rap in particular. These songs are acts of rebellion and self-expression that made history.

The Humpty Dance may not be what you think of when discussing vital music, but the bold silliness of this song was something most music fans in the 1980s simply weren’t used to. In addition to being a lot of fun to listen to, this song is timeless. When the video for this came out, it was shocking and caused waves. It’s hard to even think of 80s rap without the Humpty Dance ending up on your playlist.

Although this song officially dropped in 1990, we’re counting it because it was recorded in 1989. LL Cool J was a staple of this era. Moreover, Momma Said Knock You Out came at a time when this musician’s career was widely believed to be in decline, but he proved everyone wrong. According to Vanity Fair, this song was a result of his grandmother telling the rapper to ‘knock out’ his critics, which he promptly did.

Before he was “Too Legit To Quit,” MC Hammer was pumping it up, but you’ll never guess what he did before releasing some of the most iconic albums of the 80s and early 90s. Most fans don’t know that Stanley Kirk Burrell was in the Navy before he became a famous rapper. Though Hammer was best known for his unique pants and later songs like Too Legit To Quit, Pump It Up came out before the famous clothing change. You can see what his dance style looked like in early videos before his baggy pants became all the rage.

Wild Thing is another example of a well-loved classic rap song that was considered completely outrageous and filthy when it came out. Clearly, it’s still a song worth getting worked up over since he passed out during a performance of the now-famous song back in 2011. He had been performing a lot, and most media outlets chalked it up to exhaustion and dehydration.

Sir Mix-a-Lot didn’t intend to become a rapper. However, after his surprising early success with square Dance Rap, he kept at it producing decades of fantastic albums. This song, clearly making fun of country music and its fans, was the first time his music really saw much reach beyond Seattle. In fact, Square Dance Rap made it to the UK, where it became massively popular. As a result, Sir Mix-a-Lot was invited to England’s first hip hop festival in 1986 and subsequently played sold-out shows at Wembly arena, according to the book Emerald Street.

While this is a fantastic song and decidedly less raunchy than some of this list, there’s a fun almost-easter-egg in the video that is especially noteworthy. If you look closely, you’ll see a young Chris Rock at 2:23. That said, we chose a Big Daddy Kane song because he is widely accepted as one of the true masters of hip hop and an incredibly skilled MC.

On The DOC’s 1989 debut album No One Can Do It Better, produced by Dr. Dre, ‘Funky Enough’ was the first track. What makes this song special is literally the opening line. The words “Y’all ready for this,” as they were presented in this song, have been sampled more times than we can count.

Boyz in Da Hood is well known for the movie it inspired. Although this classic was performed by Easy E, it was written by the incomparable Ice Cube. Not surprisingly, Ice Cube’s acting career started with the movie of the same name. As a part of both rap and movie history, this song is essential on any list of the top twenty rap songs, not just those from the 1980s.

11. Somebody For Me- Heavy D and the Boys

This song charted for eighteen weeks. It reached number one on Billboard’s Rap Singles chart. Additionally, it was number eight on Billboard’s R&B chart. Sadly the album Somebody for Me comes from Big Tyme was the last album to feature Trouble T Roy aka Troy Dixon.

10. Freedom Of Speech… Just Watch What You Say- Ice T

When it comes to fighting the power with words, Ice T is well known for his outspokenness. However, this song Freedom Of Speech… Just Watch What You Say is one of the first times he sent this message to the world. Though it was not his first song, it is one of the best known, after Boyz in Da Hood, which he wrote but wasn’t the singer for during his time with NWA.

One of the strangest facts about this song is that you cannot listen to it on Spotify. Although you can get most music on the platform, according to DJ Mag, “De La Soul and Tommy Boy were embroiled in various legal and legacy disputes…” The result was that several fantastic albums have never reached the digital listening audience because of the rights. Nevertheless, this is a wonderful example of 8os rap and one that doesn’t get the play it deserves. The good news is that this and many other songs may be available soon.

8. I Don’t Need Your Love (Part One)- The Sequence

Unfortunately, The Sequence and many wonderful songs like I Don’t Need Your Love are relatively unknown. Although this all-female group was doing spoken-word songs in the 1980s, they never achieved the sort of fame that many of their male counterparts shared. Regardless of popularity, the soulful sound of The Sequence has a firm place in rap history.

This song produced by Teddy Reily doesn’t get the credit it deserves since it spawned a whole subgenre of music that bears its name. The genre of New Jack Swing was briefly popular in the 80s and 90s, but the sound and style it embodies is a unique part of rap culture. Although Wreckx N Effect was far more famous for the multi-platinum hit Rump Shaker, New Jack Swing was the groups’ first number one hit.

The first rap single that was a top 40 hit on the Billboard Hot 100 was Rappers Delight. While this happened in 1979, Rappers Delight was popular throughout the 1980s and beyond, so we’re giving it a place here. This song embodies ‘old school’ rap before old school was widely used to mean all the rap of the 70s, 80s, and 90s. Additionally, this is one of the best-known early examples of singing and rapping.

Sparky D was a queen of rap battles before most people knew they existed. Doreen C. Broadnax is one of the earliest female rappers known to participate in this unique and underrated battle-style music. Before Missy Elliot or Queen Latifah, this superb songstress was wowing crowds with her lyrical prowess.

Hip hop and dance have always been inextricably tied together. If you grew up in the 1980s or the 1990s, you already know Salt N Pepa, and you’ve heard Push It a thousand times for a good reason. It’s a song that makes you want to dance, and it gets stuck in your head. More recently, the TV show Glee did a cover of it when the kids on the show were rebelling against their teacher, insisting they sing a song that they didn’t like in the first season.

In addition to tackling often suppressed themes like civil rights, Public Enemy is credited with turning hip hop on its head and changing the way it was done. This song and its popularity helped make rap accessible and helped broaden both the audience and appeal of this already incredible art form. In 2019, the BBC called this the most provocative song ever.

2. Self Destruction- The Stop The Violence Movement

This is the only single ever released by the aptly named Stop The Violence Movement. The group was founded as a direct response to the violence KRS-One saw in black communities and the hip hop community. We would have given the number two spot to Fight The Power, but this song did something truly incredible. Sales of Self Destruction generated over a hundred thousand dollars in profits. Most artists would have kept the money, but KRS-One donated it to the National Urban League instead. Though it’s not as much as some modern artists have given, this was a phenomenal amount of money to an excellent cause, not for a tax write-off, but as a direct, intentional act of aid for a problem.

Although it’s a controversial choice for the number one spot, Walk This Way is the song that introduced the world to Rap-Rock fusion as a genre. Other songs before it simply didn’t have the pure star power and reach that this fun and memorable song acquired very quickly. When it comes to popularizing rap, the work done by Run DMC and Aerosmith deserves special acknowledgment.

The 1980s was the decade when bands and singers finally had the ability to reach the massive audiences they deserved. Songs like Walk This Way introduced new fans to a whole genre of music that didn’t exist yet. These songs brought rap into the realm of popular culture in a way no one had ever seen before. Some music is good or great, but few songs are indelibly etched on music history. The top twenty rap songs of the 80s helped create the incredible, diverse sonic culture we have today. There would be no Snoop and Martha shows, no ICP, Biggie Smalls, Run’s House, or Empire without these songs. Without the rap of this decade, there would be no place for Megan Thee Rich or Young Thug, and not even so much as one Macklemore video to enjoy. The 1980s was truly the Golden Age of rap.