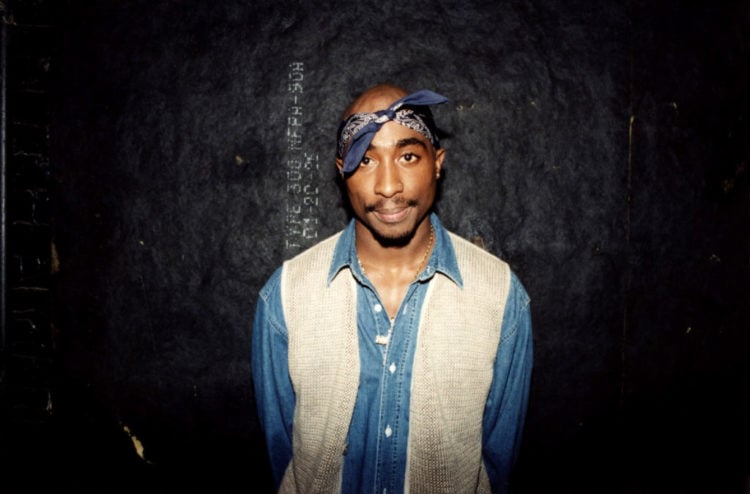 During the 1990s, rap became mainstream, even crossing over into politics. Politics and rap collided when Ice-T and Bodycount released Cop Killer and challenged the first amendment. Warner Brothers didn’t censor the song’s lyrics about revenge killing, and a political imbroglio ensued with police officers and politicians protesting the lyrics. In Staten Island, Wu-Tang CLan dominated the rap scene, releasing Protect Ya Neck in 1992. Aside from rappers, lyricists and producers also shaped rap during the 90s. Dr. Dre recorded The Chronic in 1992 after leaving Ruthless Records for Suge Knight’s Death Row Label. Also, during the 90s, artists like Snoop Dogg began their careers. The 90s also saw a rise in regional record labels with sounds that varied by location. The mid-90s rap between had a darker side. Eat Coast and West Coast rappers had a deadly rivalry, mostly between Death Row and Bad Boy Records, which started when Tupac Shakur died in a shooting on November 30, 1994. During the 90s, female rappers like Lil’ Kim and Foxy Brown started to record, adding balance to many male rapper’s misogynistic lyrics. Near the end of the 90s, magazines like The Source, Vibe, and XXL alongside BET and Yo! MTV Raps spearheaded hip hop nation. 90s rap had many notable hits; these are the 20 best rap songs of the 90s.

Even though MC Hammer borrowed from Super Freak by Rick James, Super Freak never saw airplay ten years before this song’s release. Even though the song had heavy rotation, it never went above eight on the charts. However, it wound up number one on the Rhythm and Blues Charts. A few movies used the song, including Growups 2 and Charlie’s Angels: Full Throttle. Additionally, Weird Al Yankovic did a parody titled I Can’t Watch That.

Vanilla Ice never sought permission to sample Under Pressure by Queen and David Bowie, but they never filed a lawsuit. Vanilla Ice’s inspiration for the song was a weekend trip down A1A Beachfront Avenue. Years later, he still loves singing the song. Even though the music is thirty years old, there’s a catchiness in the hook that remains infectious. The song was the first by a rapper to hit #1 in the United States and nominated for a Grammy, the second year a Grammy was award in that category. Later, Gap used part of the song with Sleigh Ride for a holiday commercial.

18. Insane in The Brain – Cypress Hill

According to the Guardian, it took three hours to write the lyrics and an hour to record the song. Lawrence “DJ Muggs,” Murggerd wrote the beat in his Queens New York Apartment. First, he tried a slower beat. Once B-Real started rapping, he increased the tempo. That’s when the song took off. The format of the music is similar to Jump Around by House of Pain. DJ Muggs knew this was a hit but didn’t realize what it would do for his career; a millionaire by twenty-one.

Larry Sanders sent Coolio a demo of Stevie Wonder’s song, Pastime Paradise, which he started reworking. During this time, Coolio needed a song for the 1995 movie Dangerous Minds. Coolio wrote the rest of the lyrics thinking about the challenges and difficulties these students faced. Before producers added it to the soundtrack, he needed song rights from Stevie Wonder. The first time he rejected them because they had profanity. However, Coolio rewrote the song, and Wonder greenlit the project. Both Coolio and co-writer Larry Sanders understood the characters’ struggles since Coolio grew up in Compton, California, and Sanders survived a shooting. The song won a Grammy in 1995 for Best Rap Solo Performance.

Recently, Juvenile’s 1999 hit got a makeover. He reworked the lyrics to encourage people to get a vaccine. He commented, “we don’t know what we’re facing right now, but we do all need to be vaccinated so we can continue to do our thing and survive.”Juvenile worked with Mannie Fresh and Mia Z on the remake of the song called Vax That Thing Up. He recognized there is a lot of minority concern about getting the vaccine and wanted to encourage them. One of the best lines in the song is “Gurl, you can be the queen…after quarantine.”

Even though the song was an original recording from Annie, it put Jay-Z on the map. Even though his story is much different from Annie’s, they both went from poverty to immense wealth. The most significant change Jay-Z made to this song is swapping lyrics to overcoming crushing poverty in the ghetto. It was one of many songs released in 1999 that sampled from other famous songs. However, Jay-Z was one of the major standouts.

14. It’s All About The Benjamins – Puff Daddy

This song went through multiple evolutions before reaching number 2 on Billboard’s Hot 100 on January 3, 1998. First, it appeared on several mixtapes and a Bad Boy Records Sampler, which featured Sheek Louch and Jadakiss from Lox, another Bad Boy Records group. Another Remix followed with lyrics by The Notorious B.I.G. and Lil’ Kim, which was a rack on Puff Daddy’s 1997 album No Wait OUt. After this version, Puff Daddy did a Rock Remix adding Fuzzbubble Rob Zombie, Tommy Stinson, and Dave Grohl, adding drums, bass, and guitar. A guitar lick from I did it for Love by Love Unlimited was the song’s basis.

The title character is said to be one of the most famous characters in hip hop and rap; her name is mentioned 53 times during the song. Even though many women were disrespected and objectified in rap songs, A Tribe Called Quest went against the grain and wrote a song celebrating women. Radio stations edited the last line about condoms because they felt it was too dicey in 1991.

Shock G. created Humpty Hump, the character in this song. Much of Digital Underground’s sound came from the Funkadelic genre, and this song stayed true to its sound. During the song, Shock G. rapped as himself and Humpty Hump, a vivid charter with a hound and wearing over-the-top costumes. Radio stations edited a few of the dicier lines by using comic sound effects. Nonetheless, Digital Underground coined a phrase that made appearances in many rappers’ songs.

According to BBC, this song is the greatest song of all time. The news outlet feels this song is a blend of reverence for the past and hope for the future. This song was his first hit. When asked about it, he said, “It was all a dream. I used to read Word Up! Magazine. I made the change from a common their to up close and personal with Robin Leach.” Much of the lyrics are before his rise to fame, the days when he struggled to make ends meet. The song is an excellent track for a playlist when you feel like you will never get past the struggles you’re going through.

Kris Kross members Chris “Mac Daddy” Kelly and Chris “Daddy Mac” Smith started their musical career at thirteen, discovered by eighteen-year-old Jermaine Dupri in a mall. In fact, Dupri wrote Jump, their first hit. The bass line in the song is from The Jackson 5’s I want you back. It became their most successful song, spending eight weeks at #1 on the Hot 100, and sold four million copies. As their career progressed, their style stood out, backward clothing. There’s a reference to it at the beginning of the song.

The inspiration for this song was Jackson 5’s, ABC released in 1970. Over the years, hip-hop songs started sampling other songs. However, in 1991 when this song dropped, many groups, including Naughty By Nature, used large chunks of songs in their recordings. The song lyrics are about cheating, and the phrase “Down with O.P.P.” means are you okay with stepping out. The song became popular in cities like New York, and People wore t-shirts sporting this message.

Even though some people found this song controversial or catchy, Sir-Mix-Alot wrote it to tribute African American Women. He felt Hollywood didn’t appreciate them because their body shapes differ from the image society deems ideal. Target used this commercial for a back-to-school sale in 2005, Baby Got Backpack.

This song is from a lesser-known hip-hop subgenre that deals with minor inconveniences in life. The catchy hook of this song is about being broke and wishing your friends would help out with cash for gas, french fries, or a little weed. It’s though the music remains relevant years later because everyone understands the struggle of being broke.

Eminem co-wrote this song with Mark Bass and Jeff Bass to get back at his ex-wife Kim. The pair married the year after the song dropped. Over the years, this song remains controversial because most of the lyrics are about violence towards women. Nonetheless, the lyrics are profound. Later Tori Amous covered the song on her album, Strange Little Girls. In 2014, Supreme Court Chief Justice John Roberts Jr. used lyrics in the music to argue about protecting free speech during EElonis Vs. The United States when Elonis posted threatening comments on Facebook.

After Notorious B.I.G. died, Puff Daddy wrote the song as a tribute. The chorus is Puff Daddy’s favorite song, Every Breath You Take from The Police. Even though Puff Daddy needed to clear the piece with Sting before release, Sting eventually greenlit the project, even singing the song at the MTV Video Music Award. The background vocals are sing by Notorious B.I.G.’s widow. The song won a Grammy for Best Rap Performance by a Duo or Group.

According to Story of a Song, Ice Cube wrote this song in summer 1992. He felt on top of the world because he had fame wished for and the money he needed. He wasn’t sure he could write a song about happiness since most of his songs dealt with darker topics. Nonetheless, the song went to #27 on the United Kingdom Charts and #7 on the Billboard Hot Rap Songs.

Radio stations edited song lyrics, including the lines about the marijuana strain Indo, which allegedly pairs well with Gin & Juice, also known as Paradise Cocktail. Dr. Dre provided additional vocals. Part of the instrumentation is from Watching You by Salve, and a bassline from I Get Lifted by George McRae. Later, the song was turned into lounge music by Richard Cheese, and The Gourds did a folk bluegrass version.

According to Encyclopedia, Joel “JoJo” Haily didn’t think he could write a good song. It took seven years before he realized his talent after All My Life went to number one. K-Ci and JoJo weren’t going to record it. A&M records wanted a female artist to do the song. However, JoJo recognized the power in the music and kept it for himself. The song boosted the album Love Always to double-platinum, selling over two million copies.

2Pac released the song after releasing from Prison in 1995, his first single on Death Row Records. Additionally, it’s his most successful single, reaching number one on the Billboard Hot 100. It was nominated for a Grammy after his death, Grammy Award for Best Rap Performance by a Duo or Group in 1997. Dr. Dre and Roger Troutman provide additional vocals on the track. Dr. dre produced the song and one other on the album All Eyez on Me. There were several versions of this song, including one with a sample of Joe Cocker’s 1972 song, Woman to Woman.