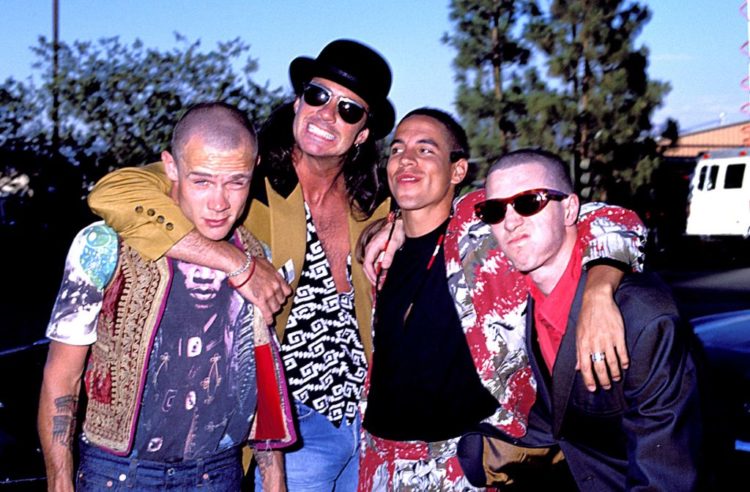 Red Hot Chili Peppers was started as a one-off joke in 1983 by vocalist Anthony Kiedis, bassist Michael ​‘Flea’ Balzary, guitarist Hillel Slovak and drummer Jack Irons, They didn’t stay a joke for long. By 1989, Irons and Slovak had given way to Chad Smith, and John Frusciante. The band had found their sound, found their audience, and were prepared for world domination, Over 30 years later, they’re one of the most successful bands ever, having spent more weeks at number one and released more top-ten songs than any other alternative rock band in history. Here’s our take on the 10 best Red Hot Chili Peppers songs of all time.

As loudersound.com says, when John Frusciante returned to the band for 1999’s Californication, the Chili Peppers notably upped their game from the lackluster 1995’s One Hot Minute. On its titular track, Frusciante shows just how much he brought to the game. Kiedis had already written the lyrics, but the band struggled to build a song around them. Then up stepped Frusciante, who managed to build something strange and whimsical and yet utterly marketable. Littered with pop culture references and featuring a stunning interplay between guitar and bass, it’s a delight.

Flea might not like By the Way, but that doesn’t mean it’s not an outstanding album. It’s essentially John Frusciante’s baby, with precious little funk, plenty of moments of reflection, and some gorgeously gentle textures. Tucked away at its end is the criminally underrated Venice Queen, a melancholic, utterly unforgettable song with an almost ethereal quality. The whole thing is a joy, but it’s Frusciante’s frantic acoustic riffs that send it stratospheric.

2006’s Stadium Arcadium wasn’t the band’s finest moment. Sure, it got seven Grammy Award nominations. Rolling Stone even included it on its list of Best Albums of the 2000s. That doesn’t mean it’s not a patchy, self-indulgent mediocrity, with far too much filler and some regrettable lapses into a dumbed-down, overcommercialized brand of funk. Still, it’s not a complete disaster, with the lyrically ambitious Snow (Hey Oh) standing out as a particular highlight.

By The Way should have been a mess. Flea wanted to keep things funky, punky, and true to the original Chili Peppers’ sound, John Frusciante wanted to introduce a gentler touch and songs that did more than just rhyme. Neither one was prepared to compromise on a middle ground, so they simply did everything that each one wanted on the same song. The clash of the two styles shouldn’t have worked. Miraculously, it did, spending 14 weeks at No. 1 on the Modern Rock Tracks chart and seven weeks at number 1 on the Mainstream Rock Tracks chart.

Named as one of the best Red Hot Chili Peppers songs by Kerrang, Otherside is a great, if uneasy, listen. Anthony Kiedis’s lyrics (“Centuries are what it meant to me / A cemetery where I marry the sea / Stranger things could never change my mind / I gotta take it on the other side”) are some of his more potent and his more personal, heaped with grief and resignation and panic. Frusciante’s incredible 13-note guitar-riff, meanwhile, is so good it hurts. It’s haunting and unexpected, but somehow, completely irresistible.

Give It Away is the most Chili Peppers of Chili Peppers song. Frusciante’s guitar playing is too elegant for words. Flea’s bassline is off the chain. Chad Smith is predictably solid. Anthony Kiedis adds the funk. The whole thing is face-meltingly good, and, as the lead single from Blood Sugar Sex Magik, serves as a very fine introduction to a very fine album. It broke the UK Top Ten, soared to the top of Billboard’s Modern Rock Chart, and marked the point the band became megastars.

When John Frusciante returned to the fold for 1999’s Californication, everyone expected a return to the punky, funky sound from the band’s Blood Sugar Sex Magik days. We didn’t get it. We got a return to form, but it wasn’t the one we’d been anticipating. Californication saw the band shed their skins and emerge reborn for the millennium. Scar Tissue led the reinvention, featuring absolutely no funk, a ton of soul searching, and, most revolutionary of all, actual, proper songwriting. It was a triumph.

As Rolling Stone notes, the Chili Peppers were so in the game when they made Blood Sugar Sex Magik, a brilliant cut like Soul to Squeeze could be considered surplus to requirements. Fortunately, it didn’t stay lost. After it featured on the soundtrack to “Coneheads,” it rapidly became one of the band’s most popular ballads. Realizing they’d made a mistake by casting it to one side the first time around, they re-packaged it as a single. Released in 1993, it peaked at number one on the Billboard Modern Rock Tracks chart and at number 22 on the Billboard Hot 100.

Before the Red Hot Chili Peppers became the darlings of MTV, they were hard and they were funky, with a tightly coiled aggression that set them apart from the rest of the pack. Suck My Kiss is them at their early ’90s best. It’s lean and it’s mean, with more grove and more power than should strictly speaking be legal. Anthony Kiedis’ performance is off the scale (as is his libido, judging from some of the lyrics). It’s effortless and it’s brilliant, and if you haven’t heard it already, prepare for a revelation.

Even considering the strength of some of their other hits, Under the Bridge is something special. It’s also divisive, with some people claiming it’s overhyped, overplayed, and that anything fresh and distinctive has long since been swept away by ubiquity. But if it’s a permanent fixture on rock radio, it’s for a reason, and the reason is simple enough – it’s a stellar song. John Frusciante’s licks and flourishes are nothing short of godlike, or at least, Jimi Hendrix-like. Kiedis’s lyrics are dark but pretty, and the whole thing comes together majestically, It’s their signature song, and for most people at least, their finest. 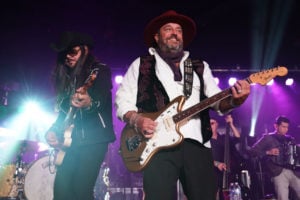 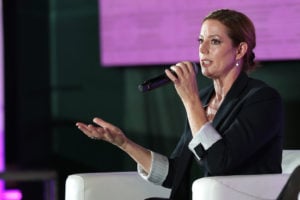