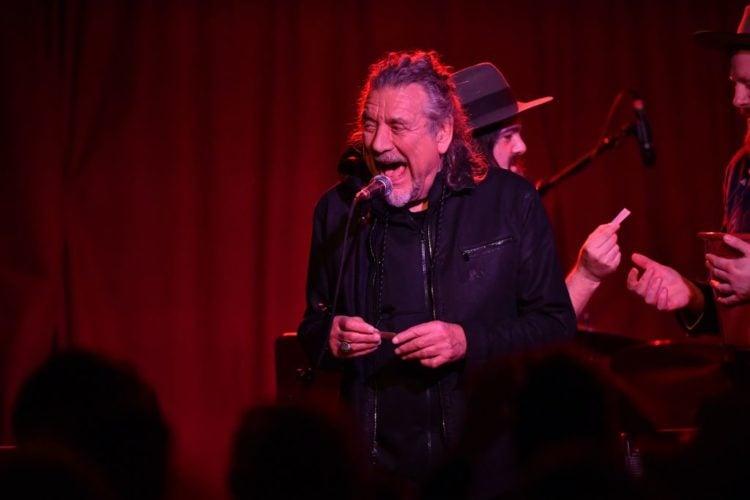 Ranking the best Robert Plant songs from his post-Zeppelin years, one can find themselves constantly going back and forth. One moment “In the Mood” strikes your fancy, the next it’s “Sea of Love”. But what else can we expect when dealing with such an accomplished, brilliant and capable musical talent? When Plant crafts an album, the resulting product can be described as an auditory cinematic experience. Always innovative when blending musical styles, each and every track is as a pristine pearl just waiting for the listener to discover it.

“Angel Dance” is Plant’s cover of a Los Lobos song. Found on his 2010 album Band of Joy, Plant stated, “Los Lobos play with such great cool, Hispanic poly-rhythms. I kept thinking this song is like a nursery rhyme but the compulsion of the rhythm seems like it could be a reflection of the way these people deal with their forefathers.”. An interesting point of fact, is that the tracks original composers, Louis Perez and David Hidalgo can be seen in Plant’s music video for the song. Finally, Band of Joy is a reference to a group he belonged to pre Led Zeppelin.

“Ship of Fools” is not only a tender love song, but also a prime example of Robert Plant’s desire to constantly push the envelope when it comes to his music. Never one to stay within the safety net of formula, he used “Ship of Fools” and other tracks off the album, Now and Zen, to accomplish this. As he stated, “I want to cut through radio with a hot knife, this idea where they say, ‘We’re only gonna play stuff guaranteed on being a big hit.’ I wanna stretch it out some. People like Tom Verlaine and Hüsker Dü are making quite important music right now, and people aren’t hearing it because it never gets played.”

Plant is supported by his multi-talented band, the Sensational* Space Shifters, for the album, Lullaby and Ceaseless Roar. One of the more fascinating tracks of the album is “Embrace Another Fall”. An absolutely stunning blend of East meets West as the intro of the song has a strong, Eastern beat which dances on the fringe of the tribal, teasing our primal emotions. At about 2:40 minutes into the song, a quick and clean punch kicks in only to later carry us away with the captivating vocals of Julie Murphy.

“Down to the Sea” is a fascinating jaunt into the world of Plant’s creativity and vocal delivery. Snappy, quick and full of life, this is a track that definitely fuels the soul. The intro of the song is beautifully restrained and supported by acoustics which quickly build up, adding a spark of electric into the mix. Fans of Plant’s ability to bring together various styles of music will not be disappointed here. This track is featured on Plant’s 1993 album, Fate of Nations, and brings with it the mystical flavor of Eastern music.

6. Come Into My Life

Plant treats each individual song of his career like fine wine. The result are songs that have their own individuality and age very well. Like fine wine “Come Into My Life” is allowed to breathe, taking the listeners soul on an introspective journey. Found on Plant’s sixth studio album, 1993’s Fate of Nations, “Come Into My Life” carries with it a hint of Celtic folk amid swimming within an ocean of cerebral mysticism. This unique musical atmosphere is helped along by the talents of Maire Brennan of Clannad on backup vocals, Nigel Eaton on the hurdy-gurdy, and Phil Johnstone on the harmonium.

Robert Plant does it again. “Rainbow” is another example of Plant’s ability to carve out unique music wherever he goes. Never once in his solo career has he created a “Zeppelin-like” album. “Rainbow” is featured on his 2014 album Lullaby and the Ceaseless Roar. “Rainbow” holds within its grasp, a timeless, contemplative beauty to it. This track shows again, Plant’s fearless ability to deeply search within himself, and pull out a bit of his soul for all to see.

“Tall Cool One” was featured on Plant’s 1988 album, Now and Zen. Known as one of his finest post-Zeppelin albums, it also saw the reunion of Plant and Page. Heavy on the 80’s pop sound, “Tall Cool One” was not only the album’s top hit single, but was also turned into a successful Coca Cola commercial. Composed by Plant and keyboardist Phil Johnstone, “Tall Cool One” scaled up the Billboard Mainstream Rock chart to a long, cool number one position.

“Sea of Love” is a cover of Phil Phillips 1959 number one R and B hit. This track is featured on the 1984 album, The Honeydrippers – Volume One. If you’re a Zeppelin fan listening to this track for the first time, you’ll undoubtedly be a bit surprised by its soft, sweet and dreamy sound. In fact, Plant’s post Zeppelin career is jam packed with all sorts of pleasant surprises which just go to prove how multi-talented this man truly is. Fans agreed and “Sea of Love” peaked at number 1 on the Adult Contemporary chart and number 3 on the Billboard Hot 100 chart.

If you’re searching for a song that distinguishes Plant’s solo career from Led Zeppelin, then “In the Mood” is that song. This is a unique blend of power and serenity. Indeed, there’s no way that the drive of this track can be dimmed. Smooth and stylish, “In the Mood” reached the number 4 position on Billboard’s Top Tracks chart. The track can be found on Plant’s second solo album, 1983’s The Principle of Moments.

1. Shine It All Around

“Shine it All Around” comes off of Plant’s 2005 album, the Mighty ReArranger. Recorded with his band at the time, the Strange Sensation, the album’s theme revolves around fate with the Mighty ReArranger representing a god-like entity that puppets humanity. “Shine it All Around” provides the listener with a relaxed vibe, one that permeates the soul with a hypnotic melody all its own. The track is a fan favorite and found itself rising to number 18 on Billboard’s Mainstream Rock songs chart.

Whether you’re fascinated with his ability to take the spiritual and mystical and pack it tightly into a solid rock and roll track, or his vocal talents and stage presence, one thing is for certain: Robert Plant encompasses all things rock and roll. His entire creative life has been one of exploration and discovery. A trailblazer of sorts, he’s been able to embrace different musical styles, only to craft them into one amazing track after another. Robert Plant is still very much active in the music scene, so it’s a good bet that we’ll be adding to our list of the best Robert Plant songs sometime in the near future. 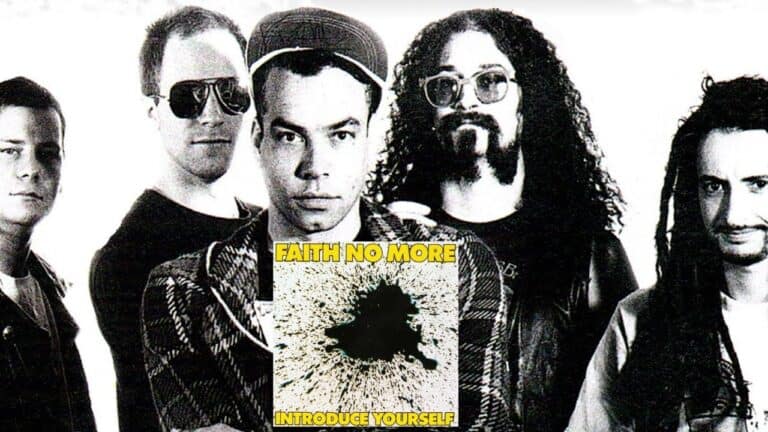 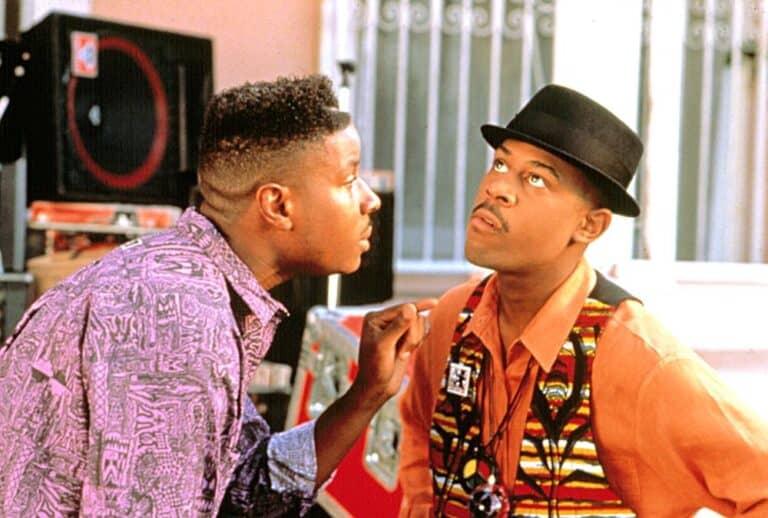 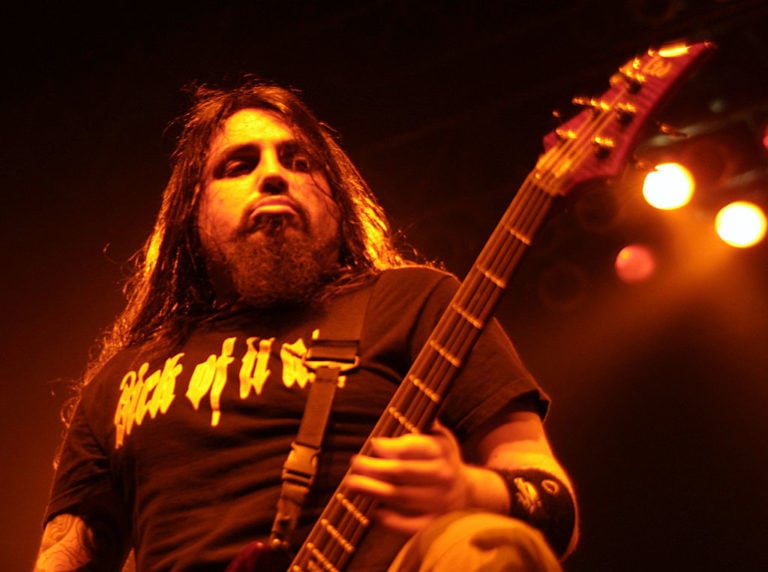 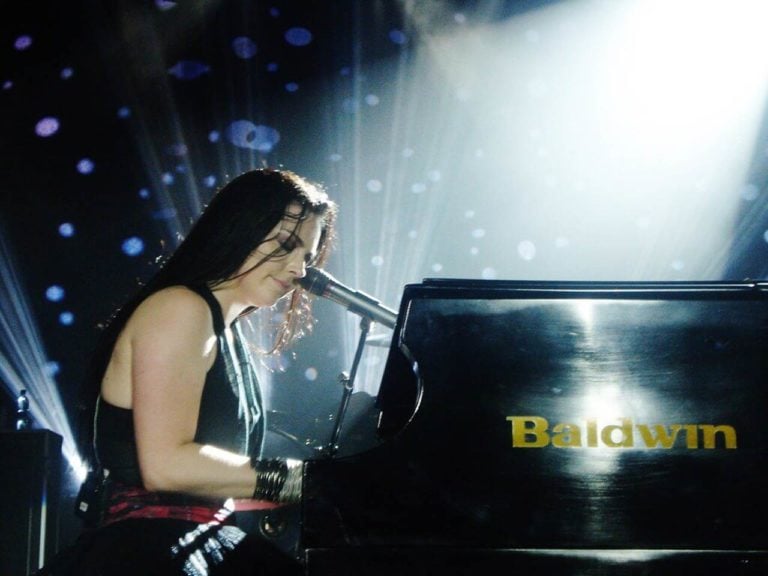 Evanescence vocalist Amy Lee talks about Billie Eilish‘s voice and songs. She also added how she affects her style and changing on the band’s powerful hit “Bring Me to Life” song. She is one of…