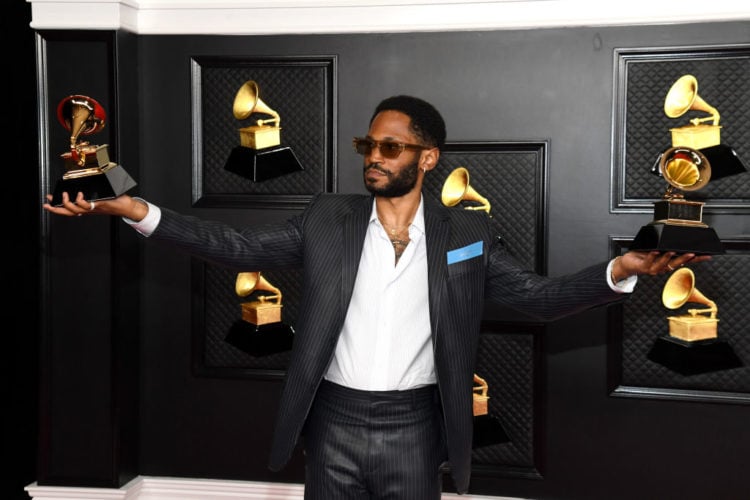 Kaytranada tends to be known by interested individuals for a couple of things. One, he is a DJ. Two, he is a record producer. In recent times, interested individuals might have seen his name come up in entertainment news because he is heading out on a North American tour. He is well-known for his DJ skills when he’s on stage mixing hip-hop hits with rap hits and throwing in a little of what’s hot in the mix. He is good at what he does, but most people know very little about him.

Perhaps unsurprisingly, Kaytranada is a stage name rather than a birth name. For those who are curious, his birth name is Louis Kevin Celestin. Furthermore, it is interesting to note that Kaytranada isn’t his first stage name but rather his second stage name. Before that, he went by Kaytradamus. For that matter, Kaytranada is sometimes shortened to Kaytra, so that is something that interested individuals might want to keep in mind as well.

Kaytranada was born in Port-au-Prince, which is the capital of Haiti. As such, it should come as no surprise to learn that it is one of the biggest cities in the country, so much so that its metropolitan area contains a double-digit percentage of its total population. Unfortunately, figuring out the exact population of Port-au-Prince has been a serious challenge. In part, this is because of the Haitian government’s longstanding issues. However, it should also be mentioned that Port-au-Prince’s hillside slums have been seeing rapid growth. Something that further complicates efforts to determine the city’s true population.

3. Grew Up in Montreal, Canada

Having said that, Kaytranada grew up in Montreal. Said city isn’t either the capital of Canada or the capital of the Canadian province of Quebec. However, one can make a case that Montreal is more notable than either of those two cities because it is the second most populous city in the country, which has come with corresponding status in the latter’s cultural, economic, and political landscape. It isn’t 100 percent certain how Montreal winded up with the name Montreal. However, chances are very good that it is connected to the triple-peaked hill at the center of the city called Mount Royal, which could have been written as mont Réal in 16th century French.

As such, Kaytranada is Haitian-Canadian. Interested individuals might be able to guess that Haitian-Canadians tend to be concentrated in Ottawa, Montreal, and a number of other cities in Quebec. After all, Haitians are often fluent in French. As such, Quebec makes sense as a province of French speakers. Ottawa is situated in Ontario rather than Quebec. However, its status as the capital of the country as well as its proximity to Quebec make it an excellent choice for French speakers as well.

5. Got Started at a Young Age

Kaytranada got started at a young age. To be exact, he started DJing when he was still at the age of 14. Soon enough, he started producing as well at the age of 15. Something that was made possible by his brother introducing him to the digital audio workstation called FL Studio.

6. His Brother Is a Rapper and a Record Producer

Speaking of which, Kaytranada’s brother is involved in music as well as both a rapper and a record producer. Said individual’s name is Louis-Philippe Celestin. However, he tends to be better-known by the stage name Lou Phelps. Regardless, he has mentioned a number of rappers as personal influences, with examples including but not limited to Andre 3000, Kendrick Lamar, and Kanye West.

The two brothers are a hip hop duo called the Celestics, which is presumably a reference to their family name to some extent. Regardless, the duo have released a couple of projects over the course of their collaboration. The first was Massively Massive in 2011. Meanwhile, the second was Supreme Laziness in 2014. Even though it has been such a long time since their last release, the Celestics are apparently still active in the present time. As such, it is possible that they will release more material in the future.

8. His Previous Stage Name Was a Reference to Nostradamus

Interested individuals might be wondering if Kaytranada’s previous stage name Kaytradamus is a reference to Nostradamus. If so, they are right to wonder because Kaytradamus came from combining Kevin with Nostradamus. In any case, Nostradamus is a rather well-known figure, particularly for people with an interest in pseudoscience. This is because he wrote a collection of 942 quatrains that are said to have predicted the future. Thanks to this, Nostradamus has been used to give credibility to a number of dubious claims, with an excellent example being the claim that the world would end in 2012 even though he never mentioned either the end of the world or 2012. Besides this, it is interesting to note that Nostradamus isn’t quite Nostradamus’s name. Instead, the man’s name was Michel de Nostredame, with the second component being a family name chosen by his grandfather when he converted from Judaism to Roman Catholicism. He sometimes Latinized Nostredame to Nostradamus because that was a popular trend in 16th century France.

9. Dropped Out of High School

Kaytranada didn’t finish high school. This is because he rose to prominence when he was still a high school student, so much so that he winded up going on tour. Something that proved to be very helpful to everyone in Kaytranada’s family. Having said that, he hasn’t always enjoyed touring because he sometimes found the experience to be depressing. This remained the case even when Louis-Philippe joined him on tour in spite of the fact that his brother is his best friend.

10. Has Revealed that He Is Gay

It is interesting to note that Kaytranada has revealed that he is gay. It took quite some time for him to come out. At the age of 16, Kaytranada had stated to his family that he was bisexual. However, he didn’t say anything about it afterwards. Eventually, Kaytranada revealed that he was gay to his older sister because he was feeling frustrated with pretending to be someone that he wasn’t. After which, he went on to reveal that he was gay to both his brother and his mother. The latter did quote Bible verses that condemned homosexuality, but in the end, both his brother and his mother proved to be supportive of him.