Netflix’s new upcoming anime is on its way for some time. Pacific Rim: The Black is an anime spin-off to Guillermo del Toro’s film. And finally, its trailer and release date has revealed.

Pacific Rim: The Black has been produced and distributed by Legendary Television Studios and Polygon Pictures in association with Netflix. It was originally greenlit for two seasons before it was pushed back to 2021. Craig Kyle and Greg Johnson will serve as the showrunner of the series.

It’s a cyberpunk movie that revolves around giant robots, which have been built by humans, to fight monsters. It looks similar to the world of Pacific Rim, this anime goes back to the time when Kaiju have taken over the world. It shows the desperate defense attempts of humans and a sibling couple’s fights for survival.

“There was a time when Kaiju rose from the Pacific Rim only to encounter gigantic robots, Jaegers, built to fight them back. That time has passed. Now, Australia has been overrun by Kaiju, forcing the evacuation of an entire continent. Left behind, teenage siblings Taylor and Hayley embark on a desperate search for their missing parents, teaching themselves to pilot a battered, long-abandoned Jaeger to help in their quest and give them even the slightest hope of surviving.”

The series is meant to expand the story of the pre-existing Pacific Rim movies. So it’s a cyberpunk movie that revolves around giant robots, which have been built by humans to fight monsters. It looks similar to the world of Pacific Rim, but this anime goes back. It shows the desperate defense attempts of humans and follows siblings Hayley and Taylor’s fight for survival. They learn to pilot an abandoned Jaeger in a post-apocalyptic Australia overwhelmed by the Kaiju.

Netflix has recently released a trailer for the upcoming animated series, Pacific Rim: The Black. The trailer also reveals that the first season will be released on March 4, 2021 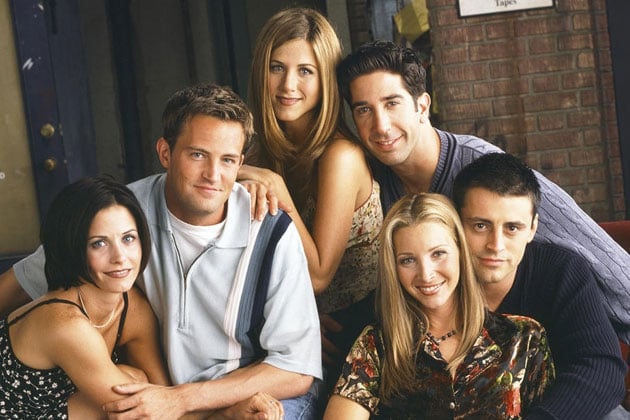 Netflix has confirmed the comedy series Friends will be officially leaving the streaming platform on January 1st, 2020. Firstly we came back in July that they announce the show would be leaving Netflix. Also, moving…