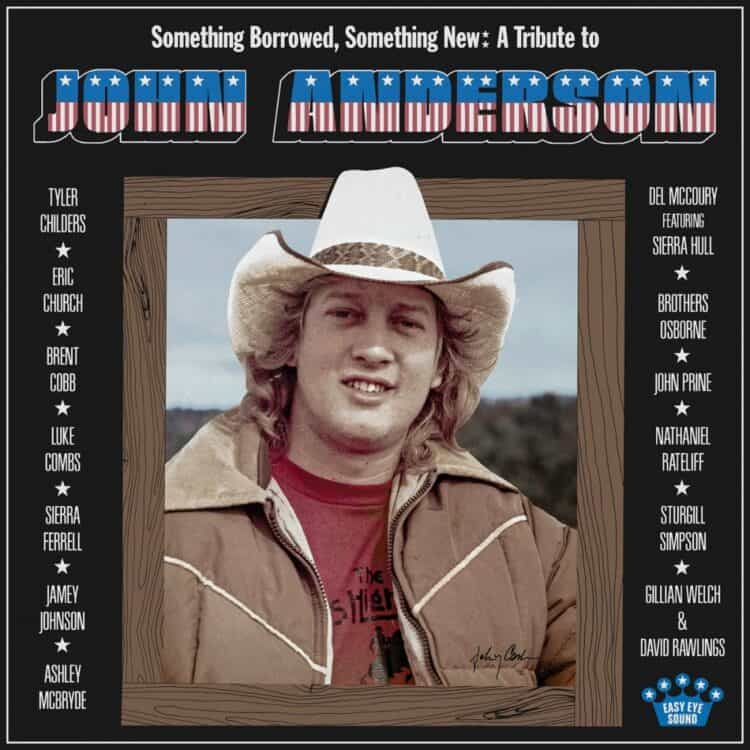 Country music is full of Lazarus-like figures, but nobody rises from the dead like John Anderson. Once a top draw and a regular presence atop the charts, the Florida born singer/songwriter has led an impressive yet tumultuous career. With an influence that is undeniable, his unique style helped pave the way for the current country music landscape. He has also been written off more times than he cares to count. But the resurgent Anderson, now 67, always finds his way back to his feet. His latest resurrection comes courtesy of producer Dan Auerbach.

As half of the rock duo “The Black Keys”, Dan Auerbach has steered one of the most successful bands of the last 20 years. He also knows firsthand the challenges of today’s music scene. Consequently, Auerbach decided to start his own label, Easy Eye Studio. Lately though, Dan has been a creature of the studio, choosing to focus on songwriting and producing rather than his own band. Auerbach has the privilege of choosing who he wants to work with. The electrifying Marcus King is a prime example of this. So is the revered John Anderson.

On the surface it may seem like an odd collaboration, the new age rocker and the seasoned troubadour. But like so many others, Auerbach is an ardent Anderson admirer. “I’ve been a John Anderson fan for years,” says Auerbach, “but when I moved to Nashville, he was more of a presence in my life.” According to Auerbach’s Easy Eye Studio home page, “John Anderson is truly a country legend. His remarkable career has spanned over a staggering 40+ years starting in 1977 to his last release, ‘Years’, produced by Dan Auerbach in 2020. In that period, Anderson has charted more than 40+ singles on the Billboard Country Music Charts, including an impressive five number ones in numerous decades. In 2014 Anderson was elected into the prestigious Songwriters Hall of Fame”.

The 2020 Anderson album “Years” was produced by Auerbach, but he feels it never received a fair shake. Bad timing perhaps. As pop critic Will Schube states, “Anderson released his 22nd studio album, ‘Years’, in April of 2020…the record was created in the midst of a serious health crisis and is a testimony of his remarkable recovery”. But the experience gave Auerbach a realization; John Anderson deserves an all-star tribute album. “Something Borrowed, Something New: A Tribute to John Anderson” was released August 5. Rolling Stone Magazine reported, “The tribute album pulls together an intriguing mixture of mainstream Nashville stars and Americana favorites to sing their favorite Anderson tunes”. The loaded album features the likes of John Prine, Sierra Ferrell, Brent Cobb, Nathaniel Rateliff, Eric Church, Luke Combs, Tyler Childers, Sturgill Simpson, Brothers Osborne, Del McCoury & Sierra Hull, Jamey Johnson, and Ashley McBryde.

Anderson was thrilled at the notion of an album full of his songs, even if he wasn’t singing them. John professed, “Listening to everybody do their own takes on the songs shows how the songs really come through. And I thought to myself, ‘You might have been young and foolish back then, but you sure did pick some good songs’”. Anderson does not take the honor lightly. He stated, “It’s very gratifying to know that some things really do not change, and a great country song remains a great country song. Any one person on the record would be a real tribute, but all of them together? It’s a pretty big deal for me personally.” This comes after John survived a serious health crisis in 2017 and 2018.

As Billboard Magazine contributor Deborah Evans Price reported, “Anderson had been battling an illness for over a year… ‘Through all of 2017 and all the way up until May of 2018, I had spent most of my time in the hospital and had been very, very ill,’ he says. ‘I had almost 100% hearing loss. Did OK being sick, but when I lost my hearing and couldn’t play and sing, that really almost put an end to me. I just started praying and praying harder than I’ve ever prayed in my life and you know what? My hearing started coming back.’ Anderson says at one point, doctors thought he had brain cancer, but thankfully the tumor causing his hearing loss wasn’t malignant”. Never count out John Anderson. But I digress. Back to the tribute album.

“Seminole Wind” is perhaps the most adored song from John Anderson. It also served as the catalyst for one of his many resurgences. According to country music historian Joel Whitburn, “Released in August 1992, it appeared as the fourth single and title track from the album of the same name. It peaked at number 2 on the United States Billboard Hot Country Singles & Tracks chart. The song reached number-one on the Canadian RPM Country Tracks chart”. When it came time to cover the iconic tune on the album, non-other than superstar Luke Combs would do. The North Carolina boy with the powerful vocals did not disappoint. Combs was excited to be a part of the project. He declared, “Man, this was such an honor. Y’all go check it out! John Anderson is a legend and I hope I did this one an ounce of justice.”

There is a big difference between an homage album and an album full of covers. Auerbach was dead set on his unique vision for the Anderson project, saying, “We weren’t trying to piddle around and make the normal tribute record. It had to be the best singers with the best songs and the best arrangements, and they had to come into the studio. This wasn’t like, ‘Mail me the song, and we’ll put it together.’ It makes this record unique. I don’t think most tribute records are done like this. I think that’s why it sounds like a cohesive album. It feels like an amazing mixtape.” Without a doubt, one of the most poignant cuts from this amazing mixtape is “Straight Tequila Night” by Ashley McBryde.

Country music writer Casey Young was effusive in her praise for McBryde’s version. She wrote, “Ashley covered one of John’s signature tunes, ‘Straight Tequila Night,’ which is absolutely fantastic. Of course, the girl could sing the phone book and make it sound like a #1 hit, and this is no exception. She slowed down the production a little bit more than the original and the fiddle is mostly absent here. But it’s fun to hear this one from a woman’s perspective. There’s something so authentic about Ashley lending her voice to this song. Written by Debbie Hupp and Kent Robbin, John released the song as the second single from his 1992 Seminole Wind album, and it ultimately became a smash hit, peaking at #1 on the U.S. Billboard Hot Country Songs chart.” Check out Ashley McBryde’s amazing rendition of the John Anderson classic.

Well John Anderson has done it again. He’s back. “Something Borrowed, Something New: A Tribute to John Anderson” is the latest testament to the artist’s ability to rise anew. The sheer abundance of exceptional eclectic talent featured on this album is a testament to Anderson’s greatness. Casey Young referred to it as “one of the best tribute albums I’ve ever heard. Mostly because of the great variety of incredible artists across the country, folk, and bluegrass genres.” This reviewer agrees and rates it a solid 8/10. The album is a perfect fit for veteran Anderson fans and newcomers alike. It is a brilliant collection to stoke old fires or a great introduction to the Anderson songbook.

Through the vision of Dan Auerbach, John Anderson’s music has been introduced to a whole new audience. With any luck, the Anderson/Auerbach partnership will continue to flourish. There is simply too much good music left between the pair. This tribute album is a heartfelt album, and it succeeds because every artist sings from the heart. Each participant loves John, and you can hear it. Anderson summed it up like this, “I’m very thankful for all the work and love that Dan and Fergie put into this project, as well as all the artists who participated. It is quite a humbling experience and I think the record sounds great. God Bless you all!”  Bless you too John. We can’t wait for your next reappearing act!

Something Borrowed, Something New: A Tribute to John Anderson 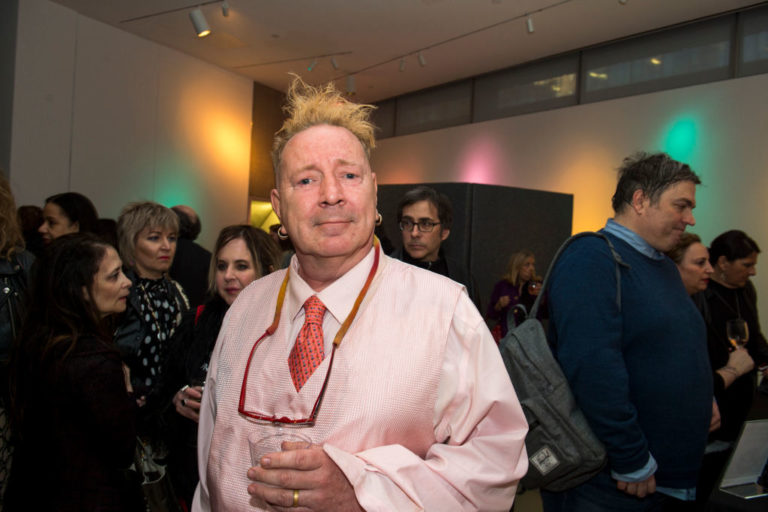 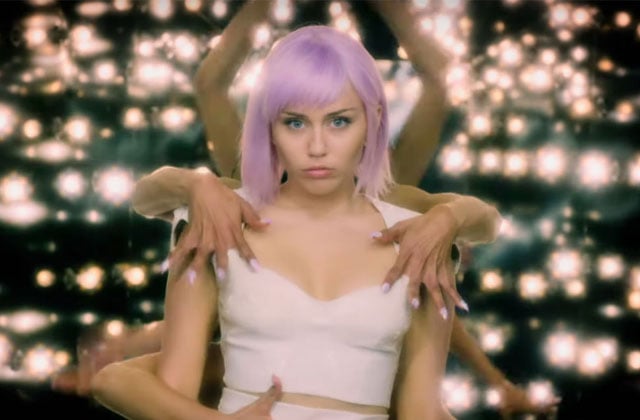 Netflix has released the official trailer for the Black Mirror season 5 with a release date. The second interactive film Bandersnatch will screen on Netflix just before the New Year. But too many people don’t… 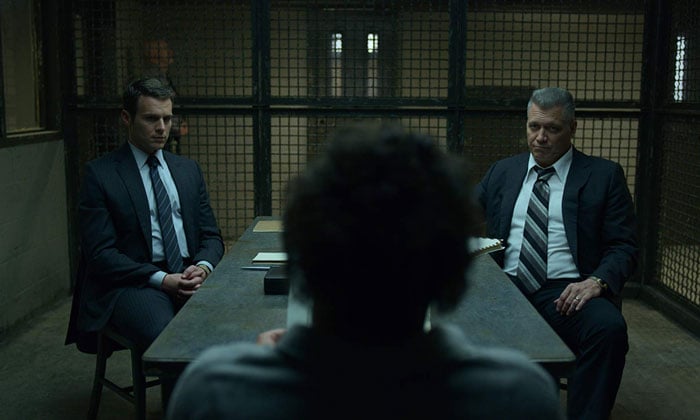 Netflix has released Mindhunter season 2 trailer and premiere date with, including Charles Manson and Son of Sam. In a few months later Charlize Theron reveal the season 2 release date. Then, she also added…