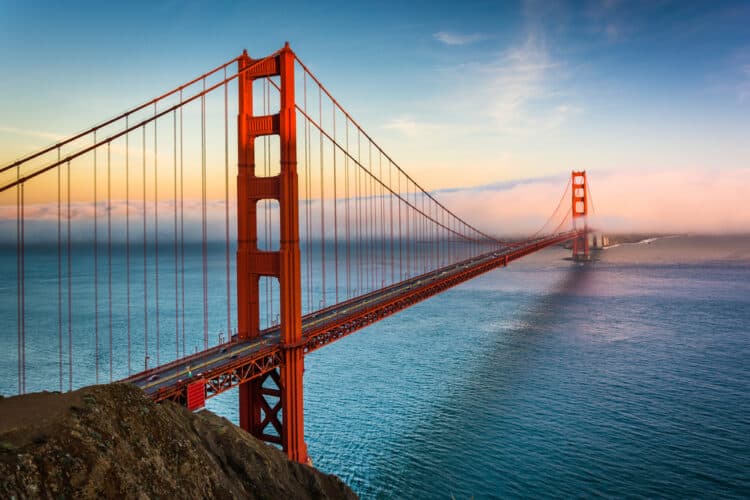 San Francisco, California, is home to various attractions, including Alcatraz, the Golden Gate Bridge, and steep streets. It’s also one of the most cosmopolitan cities in the US. So, it’s not surprising that artists would compose songs describing, critiquing, and praising the magical city. Songs about San Francisco are in diverse genres, including classic, rock, pop, and many others. We’ve set up a playlist with the city’s name on its titles. Here are the ten best to get you singing along while in the city in the bay.

Chris Isaak is regarded as a man with a whip-smart sense of humor, making him one of the friendliest people to hang out with. Another trait he holds dearly to date is his beautiful voice, as portrayed in his 1993 song, “San Francisco Days.” This song describes a man in love with a woman out of his reach. He met someone else in Mexico, but their chemistry didn’t hit off like his previous girlfriend. The wonderful memories of them walking along the beach in San Francisco make him long for her.

Scott and Vivian Holtzman wrote this song before releasing it as the psychedelic rock band, Fever Tree’s third single. Holtzman wrote it like other like-minded musical artists who released successful songs with Bay-focused tunes. After its release in 1968, it became number 91 on the US Billboard Hot 100. However, it remained a hit as a regional FM radio favorite.

“San Francisco” was one of Scott McKenzie’s instant hits in 1967. The song tells listeners to be sure to wear some flowers in their hair if they’re planning to go to San Francisco. As a result, thousands of young people thronged the city in the late 1960s. Now that it became an instant hit, it peaked at four on the Billboard Hot 100 and remained in that position for four consecutive weeks. Unfortunately, the singer died at 73 in 2012 after battling Guillain-Barre Syndrome.

According to Wikipedia, this is one of the songs evoking the teenage lifestyle of the 1960s, as portrayed by Foxygen in the video. The duo uses faux-British pronunciations to describe San Francisco as the city where the forest meets the bridge. The narrator doesn’t seem disappointed in leaving his lover in this city because he was born in LA.

6. “Honeymoon in Francisco” by Kevin Barnes of Montreal (The bedside Drama: A Petite Tragedy- 1998)

“Honeymoon in Francisco” is an alternative/rock song describing a couple planning to go to San Francisco for their honeymoon. They intend to pop champagne, charter a boat, and relax under the sun. Technically, it summarizes San Francisco as the best honeymoon destination in California. Kevin Barnes wrote the song.

“San Francisco” is a song based on Jack Kerouac’s 1962 novel, Big Sur. The novel describes a person afraid of coming to terms with death. After reading this novel, Ben Gibbard approached Jay Farrar to help him compose and sing this song. The duo hadn’t met until the night before they went into the recording studio. Despite being total strangers, both shared a passion for Kerouac’s work. Their chemistry was instant, and they even did seven shows together.

Train wrote “Save Me, San Francisco” as a love letter to the city where they formed their band. It describes the lead singer, Pat Manahan, leaving the Bay Area for Seattle. He seems displeased with the new city he’s moved to. As he contemplates what to do, he realizes that San Francisco is where his heart is. Eventually, he moves back there hence feeling “saved.” The song mentions various San Francisco references like cable cars, Alcatraz, and the Tenderloin district. The song’s album, also bearing the same name, peaked at three on the US Top Rock Albums and eight on Australian Albums (ARIA).

“I Left My Heart in San Francisco” was written and composed by George Cory and Douglass Cross for an opera singer, Claramae Turner. The singer sang it as an encore but never got the chance to record it. One of George Cory’s friends, Ralph Sharon, recommended Tony Bennett. Once Bennet recorded the song, it became an instant hit, winning top prizes like the Record of the Year and Best Male Solo Vocal Performance at the 1963 Grammy Awards. Unsurprisingly, the San Francisco Giants, the oldest baseball club in the US, often used it as their victory anthem.

“San Francisco Blues” is a 1962 song praising the beauty of San Francisco Bay. According to Culture Trip, the song describes Peggy Lee’s eagerness to visit San Francisco. Going by her words, it seems Baghdad by the Bay is the most stunning place that can excite anyone. She can’t wait to see her boyfriend painting the Golden Gate Bridge or Bay Bridge. Interestingly, the singer also dedicated another song, “Fisherman’s Wharf,” to San Francisco.

Arctic Monkeys released “Fake Tales of San Francisco” as one of their signature tracks. It describes the fictional Yorkshire band for taking credit as a US native. In the real sense, they’ve never been there, portraying their fake image. Unsurprisingly, it became a fan favorite in the US due to its lyric’s sincerity. The band released it as a radio-only single in the US, preventing it from charting on the Billboard Hot Modern Rock Tracks chart. 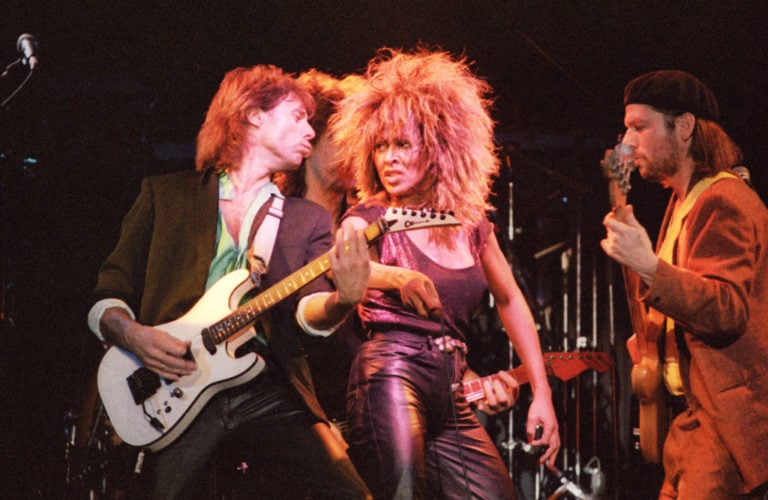 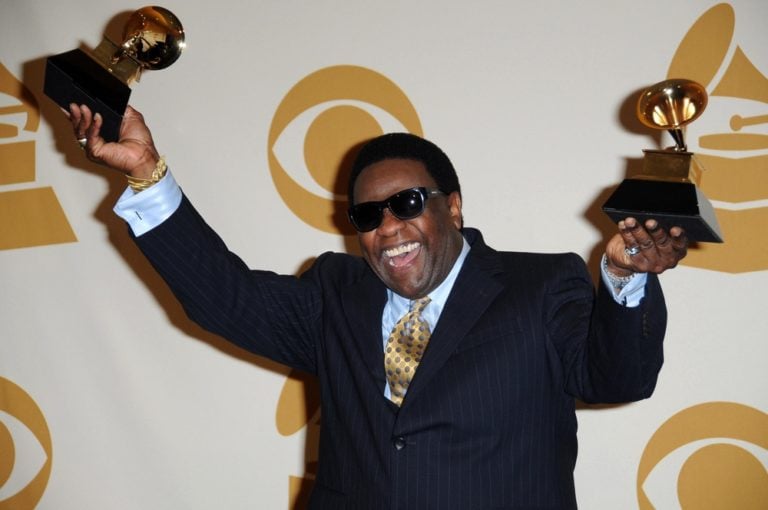 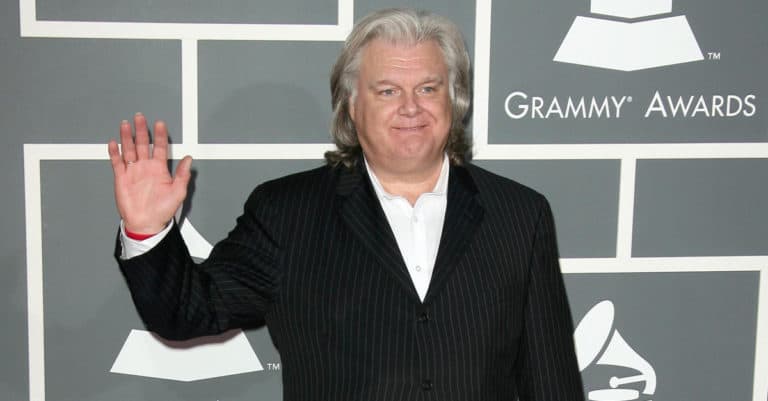 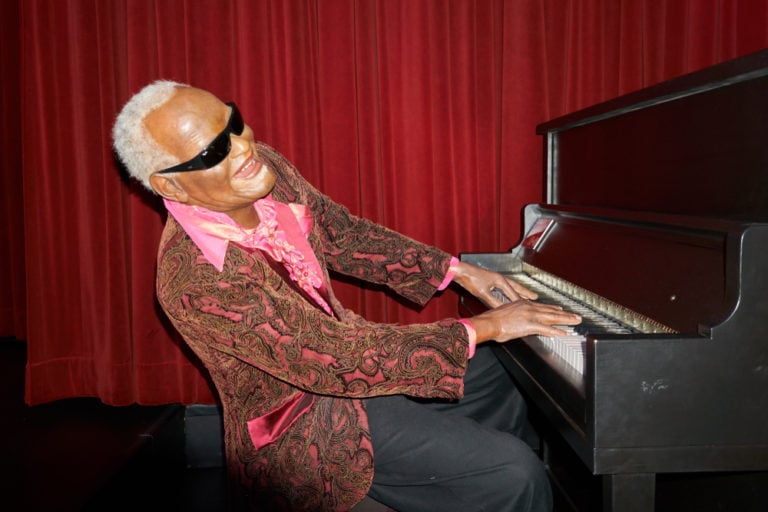