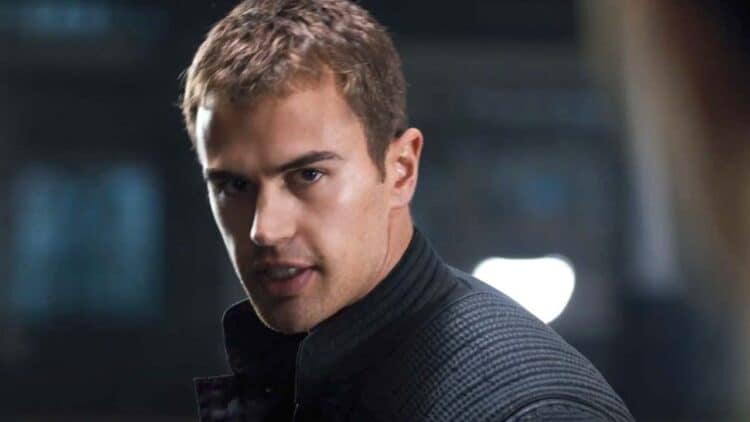 Divergent is the first movie in the Divergent trilogy based on the book series by Veronica Roth. The film takes place in a dystopian, post-apocalyptic world where people live in the ruins of what was once Chicago. In their society, when you turn sixteen, you either join a faction group based on what matters most to you, or you are cast out as ‘factionless’ and shunned. The whole movie series is a fascinating take on how people divide themselves instead of embracing all they are, and the soundtrack is a fantastic mix of styles and songs chosen to match the film’s tone perfectly. We’ve ranked all the songs from the Divergent Soundtrack.

13. Dead In The Water by Ellie Goulding

Dead In The Water is at the bottom of this list because Ellie Goulding is on it three times. This excellent song is about love and loss. The sense of seeking and trying to make a deep, meaningful connection is a part of the main character, Tris’ personality from the beginning as she seeks to find her people and her place in the world.

Life is complex enough if you don’t live in a society where complex, post-apocalyptic, society-defining machinations by influential people rule your existence. Dream Machines is about seeking something simpler. Most people just want to be themselves and live their lives without outside pressure and interference, but that is rarely an option.

11. Fight For You by Pia Mia, Featuring Chance The Rapper

Fight For You doesn’t mince words. It says outright, “And the day is gonna come when you decide who you’ll become. I know you know it, you know it, but you can’t go choosing sides.” That line sums up the main point of this dystopian coming-of-age film. You have to choose who you turn yourself into, but that doesn’t mean it’s a good idea to settle too far into a single idea or group. When you ‘pick a side,’ you also choose not to support the ‘other side.’ Divisiveness doesn’t serve our best interests.

In Divergent, Tris and Four are both members of a faction in their society called ‘dauntless.’ It is literally their job to be fearless. It is not an easy job or an easy life, and they both know it and understand that they are well suited to the task. I Won’t Let You Go is about making a dangerous choice, like love.

Backward is a lyrical masterwork from Kendrick Lamar. He is known for his incredible music with its deeper meanings about society as a whole and its many flaws. As Okay Player points out, “Hip-hop fans turn into sleuths whenever a new Kendrick Lamar project drops.”

Many of the songs from Divergent deal directly with the love subplot between the two leads, but not all of them. In Distress addresses the need to fight for your right to be yourself or be different. It also talks about how messed up the system is and how badly it treats people, which is an ideal musical complement for this dystopian film.

7. I Love You by Woodkid

I Love You is the third single off Woodkid’s album The Golden Age. This song is about longing and desire. The singer wants love and feels it, but getting it in return is entirely different. He says, “Is there anything I could do just to get some attention from you? In the waves, I’ve lost every trace of you. Where are you?”

In a world where you leave your family young to dedicate yourself to a faction and its purpose, it’s easy to lose your sense of self and connection to who you are. Tris and Four both experience this differently, but they are destined to be together. I Need You by M83 is a song of hope for the future. The characters in the film desperately want to come together, but they’ll have to fight for a better future to make that possible.

5. Hanging On (I See Monstas Remix) by Ellie Goulding

When they first meet in Divergent, Four knows instantly that he is interested in Tris, and she certainly seems to like him. However, his position of authority as a trainer gets in the way. He actively discourages her. Sometimes he’s even outright rude. Hanging On is the song for a scorned potential lover.

4. Stranger by Skrillex, with KillaGraham and Sam Dew

Stranger by Skrillex has a unique take on self-denial in love. Attraction is a powerful thing. There’s no question that the main characters in Divergent feel it for each other. However, it’s only from an outside perspective we see it clearly. Four isolates his emotions in the story, denying himself the human connection. Meanwhile, Tris is spectacular at connecting with people but always feels she doesn’t deserve to have them in her life. They are both blind o their own self-isolation in curious ways, yet they always come together in the end.

3. Find You by Zedd, Featuring Matthew Koma, and Miriam Bryant

You might not expect an unrequited love song like Find You to feature so prominently on this list or in Divergent. However, the sense that love is a nearly impossible thing to achieve is one of Tris’ primary motivators. She initially doesn’t understand that Four could be attracted to her and assumes his motivations wrongly. Although she knows she wants to be near him, her inexperience and self-depreciation lead her to the wrong conclusion.

Beating Heart by Ellie Goulding expresses the same sense of desperation and desire that comes with this young lover’s tale. Ellie told MTV News that the original meaning behind the song is “… about being away from someone or knowing that you’re always going to have to be apart from someone that you really love,” she said. “And it’s painful, but it’s hopeful because there’s always a chance that they’ll collide again like two people collide. Like the universe will bring them back together.” Tris and Four feel that pull, tearing them apart, and the hope that they can find a path back to one another keenly.

Run Boy Run by Woodkid is a superb, dynamic song where the singer’s voice is a narrative. The subject wants to be himself, but his world doesn’t approve, so he must run. The video for this song is in black and white. It conveys the sense of oppression while hinting at a dark fate for the subject if he cannot maintain his pace. Much like Tris and Four’s characters, who have to run from everything they’ve ever known to become more fully themselves, there is risk and reward in the battle.