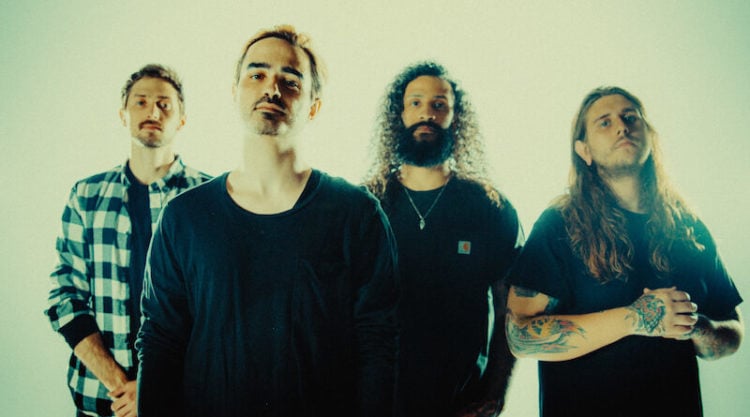 FIrst we have Nowhere Left To Sink from Dark Divine which saw a slightly softer change for the band compared to their general heaviness. This album still feels like a classic LMTF album but this album just didn’t stick as well as previous release.

YOTM, or Year of the Moth, summarized the band’s modern sound perfectly. While the band had a setback with 2020-2021 touring delayed but YOTM will start when the band tours again. YOTM starts off with insane drums that let you know immediately LMTF are back to their pure metal selves. From No Eternity In Gold, this song and some others from this release remind me of The Devil Wears Prada.

Serpernt Herders featured one of the lowest growls from LMTF as well as their darkest guitars in my opinion. Serpent Herders was immediately a definitive favorite among fans and expected to be performed at every show. The song slowed down at times but it always came back as hard as physically possible. The band have always had elements such as this in their songs which makes any song from LMTF a jam.

Like most fast songs from Like Moths To Flames, I Solemnly Swear starts with speeding drums and constant guitar riffs. Clean vocals barely exist for Like Moths To Flames with the amount of raw emotion that the vocalist always sings with. I Solemnly Swear featured softer vocals pre-breakdown that repeated at the end of the song from the vocalist of Silverstein. So although the band are not known for their clean vocals, the cleanest vocals in the song resonated with fans.

A slower song than others, LMTF provided a different kind of track that’s not as heavy as their usual music. In Dreams still feels very much like the band with the singer’s belting vocals. In Dreams is from the band’s second full-length, An Eye For An Eye, which strayed a bit. It’s different from the band’s more straight-up aggressive sound, as a more rock sound. This album isn’t slower in any way compared to older LMTF songs but the styles the band used are softer.

Wither starts as an immediate headbanger like most songs from Like Moths To Flames as that’s one thing that has stayed consistent throughout the band’s history. This song comes from LMTF’s full-length The Dying Things We Live For, which I personally didn’t think I would be a fan of. My love for Eye For An Eye made me believe I would never like another album from the band the same way but over time this album became a favorite.

You Won’t Be Missed ranked so high on our Like Moths To Flames ranked songs list because of how catchy it is from beginning to end and stays true to the dark but freeing lyrics the band is known for. While most LMTF songs referenced being free from ones struggles or problems, usually with plenty of profanity pre-breakdown, this song is more that than anything else from them.

Bury Your Pain is a very early song from the band but summarizes the overall sound of the band perfectly. Songs from Like Moths To Flames EPs and first album early in the career of the band are full of these super hate fueled songs. Each song from the band in this era of their career was loaded with dark screams, technical guitars and drums that absolutely destroyed every second.

Possibly the angriest and most fan favored song, GNF is a fast song from beginning to end and the band never lets up making this entire song a giant breakdown. GNF earned the number one rank on our Like Moths To Flames ranked list due to how perfectly it sumed up the band and how it showed just how evil they are.