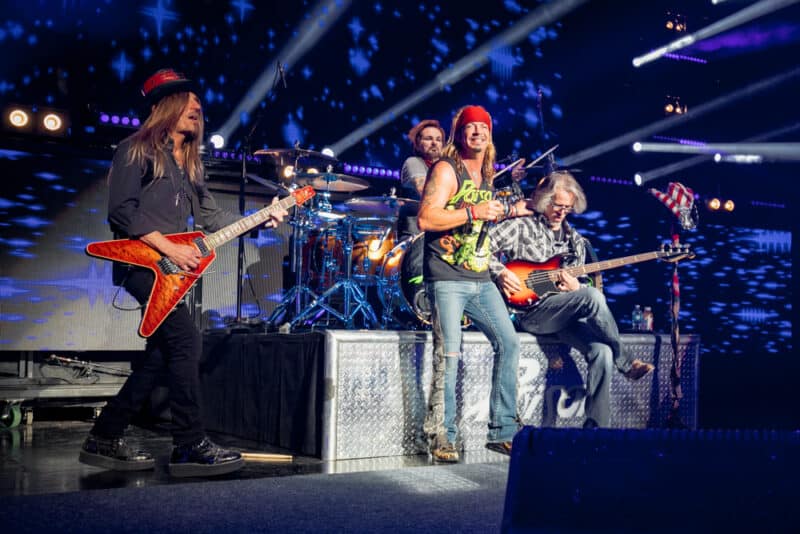 The letter “V” has a fair amount of history to it. Strictly speaking, it split from “U” in the Late Middle Ages. However, its predecessor traces its ultimate roots to Egypt through the Roman alphabet, the Greek alphabet, Semitic abjads, and Egyptian hieroglyphics. Regardless, the letter “V” is now well-established in its own right. As such, numerous songs of note start with this letter.

Originally, Elvis Presley recorded “Viva Las Vegas” for his movie of the same name. The song remains well-known because it continues to see use even though it came out in the mid-1960s. It is interesting to note that some people see “Viva Las Vegas” as representative of the start of Presley’s downward spiral.

Nowadays, Poison is a pale shadow of itself. Still, there is no doubt that the glam metal band was once at the top of the music industry. For proof, look no further than the fact that Poison managed to sell tens of millions of records in the 1980s and 1990s. “Valley of Lost Souls” is a neat reminder that for every single act that manages to make it into the spotlight, there are hundreds that never find so much as a scrap of the same.

Unsurprisingly, numerous artists have recorded songs on the general theme of “Valentine.” Martina McBride’s take is one of the better ones out there, which is impressive considering the sheer number of love songs.

Janet Jackson released her sixth studio album The Velvet Rope in the late 1990s. As the story goes, she made it while she was experiencing depression in the wake of an emotional breakdown. Thanks to that, The Velvet Rope is a very introspective release, though it also lives up to Jackson’s reputation as one of the sex symbols of the 1990s. With that said, this song is more introspective than anything else. Certainly, one can interpret its lyrics in a more sexual light. However, the more natural reading seems to be that it is about intimacy.

Fear isn’t necessarily a rational thing. As a result, one person’s fears can seem very strange to another because everyone experiences the world from their perspective. Jimmy Buffett’s titular fears may or may not resonate with the listener, but he said some very relatable things about how we can be held back by our inner uncertainties more than anything external.

Owl City is a relatively predictable act. If someone has ever enjoyed one of the project’s songs, chances are good that they have a decent idea of what to expect from the rest. Still, that doesn’t mean Owl City is bad. After all, if people enjoy the project’s music, that kind of consistency can be wonderful. “Vanilla Twilight” is one of Owl City’s most popular songs. In considerable part, that is because the song is quite good at evoking the magical emotions of first loves and other new beginnings.

Chances are good interested individuals can guess this is a love song in which Billy Idol effectively asks for the titular goddess’s blessing of his desired pairing. Amusingly, Venus was every bit as multi-faceted as the concepts she represented. Oftentimes, the Romans liked to depict her in a very stately manner, as befitting their ultimate mythological source. Despite that, Venus was also a goddess of sexuality, which isn’t exactly the most bounded concept by anyone’s reckoning. There was a Heavenly Venus, but she had several Earthier counterparts.

“Violet Hill” was recorded in 2007 and then released in 2008. Its lyrics make it clear that it is an anti-war song, which is somewhat curious because it seems that the best moment for such songs would have been the mid-2000s or a bit before that. As it turns out, Coldplay did indeed start working on “Violet Hill” years before its release, thus explaining much about its message. In any case, it is one of the true standouts of the band’s fourth studio album. The song even received a Grammy nomination for the best rock song of its year. It didn’t win, but its nomination nonetheless said much while saying little.

Technically, Beyonce first released this song in September 2009. Subsequently, she released a remixed version featuring Lady Gaga in November 2009. It is quite a lot of fun, thus making it one of the more memorable songs from that year.

Vigilantism is a rather complicated topic. On the one hand, most people would agree that vigilantism is a terrible idea in a functional society because of its disruptive effects on everything that holds it together. On the other hand, vigilantism retains much power over the popular imagination, as shown by the popularity of superheroes as well as other heroic figures who are willing to follow their morals over other considerations.

This isn’t even mentioning historical societies in which vigilantism was effectively the default because of either the powerlessness or the nonexistence of institutions responsible for upholding justice. With that said, “Vigilante Man” is very much a negative song. It is specifically about the thugs hired to drive away people fleeing to California from the Dust Bowl that ravaged the prairies in the 1930s.

The violence of that process generated a fair amount of sympathy for those refugees, though that wasn’t even close to being enough to counter everything weighed against them. The original singer-songwriter Woody Guthrie was one of those who were sympathetic. Later, Bruce Springsteen made the song his own. 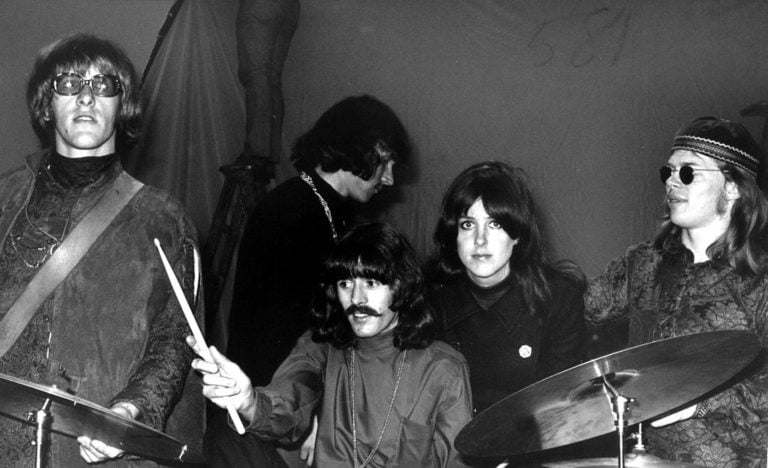 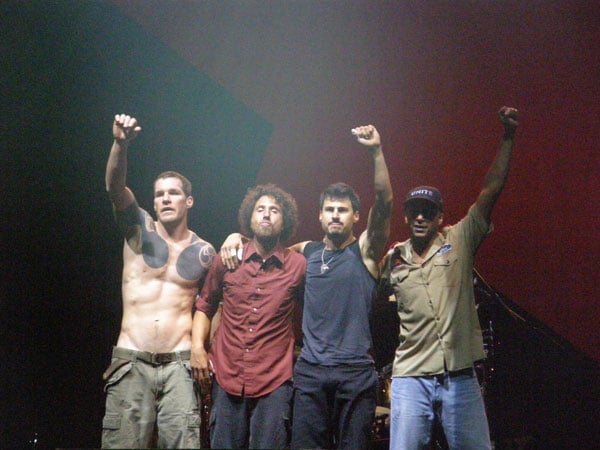 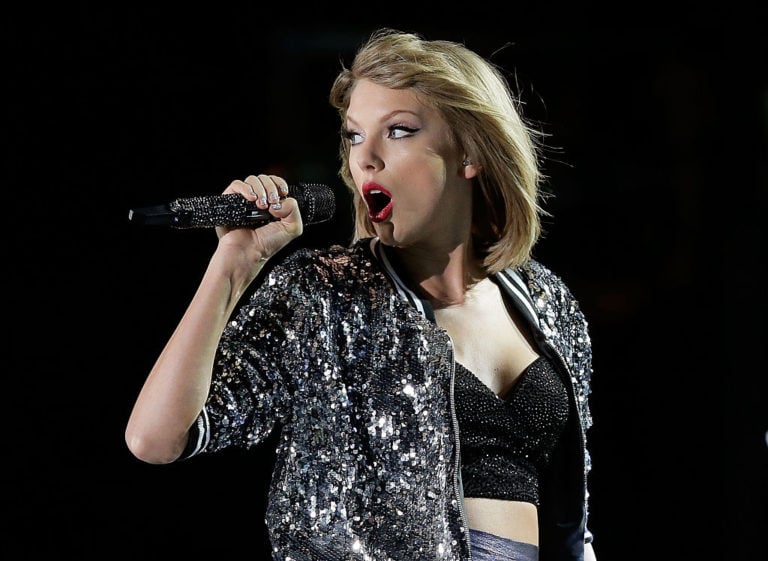 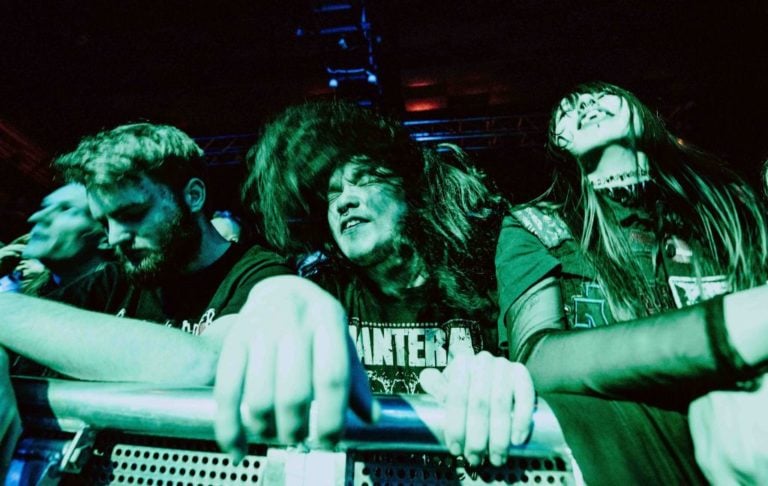