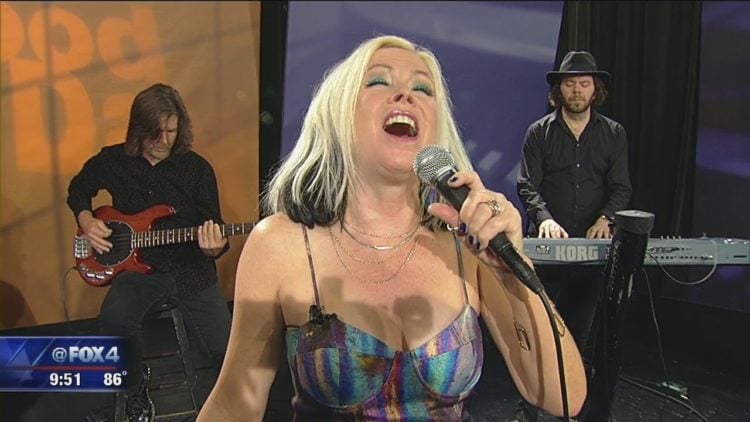 Berlin remained as a band from 1978 until going their separate ways in 1987. While they never reached the same status as bands like The Beatles or the Rolling Stones, it wasn’t for their lack of trying. The lack of success stemming from their 1987 album (Count Three & Play) partly contributed to the band’s decision to part company. Furthermore, the hit release (Take My Breath Away) was a song most of Berlin’s roster didn’t care for as it was not a song written by them. Terri Nunn, who sang the song that was written by and for the 1986 movie (Top Gun), commented the single was a refreshing addition to the band’s discographic roster.

This sharp disagreement between her and the rest of the band also played its role in their breakup. In 1991, Nunn got into a legal battle with John Crawford and the rest of the Berlin bandmates over her usage of the band’s name when she released her solo album (Moment of Truth). After the court ruled in her favor to retain the rights of using Berlin’s band name, she recreated a new line-up as Berlin. In 1999, this new Berlin opened for The Go-Gos during their West Coast reunion tour. Since 1997, Nunn, Crawford, and Diamond have reunited as a band again and still continue to play today.

In 1982, the album of the same name is (Pleasure Victim), which charts to #89 according to Australia’s Kent Report. Its moderate success as a commercial single didn’t stop it from becoming a favorite among Berlin’s fans, as well as those of new-wave progressive music.

Peaking at #82 with the US Billboard Hot 100 in 1983 is Berlin’s Masquerade. Their modest hit comes from their second studio album (Pleasure Victim). While mainstream radio stations didn’t seem quite ready to play Berlin’s provocative music style, fans who became aware of them did not share this same problem.

From their 1984 album (Love Life), is Berlin’s released single (Now It’s My Turn). With the US Billboard Hot 100, it peaks as high as #74. New wave music fans, as well as music critics, mutually agree this song played its role as Berlin’s way of putting the world on notice that it is now their turn to shine as a world-class rock band that serves as more than one-hit wonders.

(The Metro) is the first single from Berlin to be charted. In 1981, it peaked on the US Billboard’s Hot 100 in 58th place. Coming from their second studio album (Pleasure Victim), the song seemed to serve as a pleasant appetizer to an even bigger hit from that same album that had yet to come.

The 1984 album (Love Life) brings forth a moderately successful commercial hit (Dancing In Berlin). While it may not have performed as a chart-topper, it still earned a place with New Zealand’s Official Music Chart at #12. With the Kent Report of Australia, it earned 39th place. It is still a favorite among Berlin fans and still played at clubs still catering to the new-wave music genre.

Berlin’s 1987 album (Count 3 & Play) produces the single (You Don’t Know), which is a favorite among fans who simply love hearing Terri Nunn as a vocalist. When the band known as Berlin broke up due to artistic differences, the majority of the fans supported Nunn over the band’s founder, Crawford. And, according to the courts in 1991, so did they. While the North American fans didn’t chart this single, it did do well elsewhere. With Belgium’s Ultratop chart, the song charted as high as #16. With the Irish Singles Chart, it ranked at #29. With the UK Singles Chart, at #39.

Berlin’s third studio album (Love Life) releases its 1984 hit (No More Words), which contributed towards the growth of fans that were starting to take notice of Terri Nunn’s talent as a powerful vocalist. Combine this with the band’s music video spin of a Bonnie & Clyde tale, and its little wonder No More Words has become something of a cult favorite among their fans. This song scored as high as #5 with New Zealand Official Music Chart. According to the Kent Report of Australia, as well as the US Billboard Hot 100, it peaked to #23.

From Berlin’s second studio album (Pleasure Victim), which was released in 1981, comes one of the band’s first singles to earn chart ranks with more than just a couple of national music charts. In 1982, it peaked as high as #4 with Canada’s RPM chart, it would be the first time Canadians ever heard of Berlin. The same is said for Finland, as their Official Finnish Charts ranked the song as high as 19th place. In New Zealand, they did slightly better at #18. With the US Billboard Hot 100, it reached #62. Also ranking Berlin for the first time on their music chart is Australia as their Kent Music Report placed the song at #81.

1. Take My Breath Away

Written as a release for the 1986 soundtrack (Top Gun), Terri Nunn’s performance for the song (Take My Breath Away) is not only regarded as Berlin’s all-time best single ever to come from their music portfolio but ranks as an all-time favorite among most music fans. Not only did this song achieve the #1 spot on four prestigious music charts (Billboard Hot 100, Belgium’s Ultratop, Irish Singles Chart, and UK Singles Chart), but RIAA Gold, BPI Gold, and MC Gold certifications. Elsewhere, it peaked as high as #2 with Australia, Canada, with the Dutch Charts. It came in 3rd with Germany’s GfK Entertainment Charts, 4th in New Zealand, and 13th in Finland.