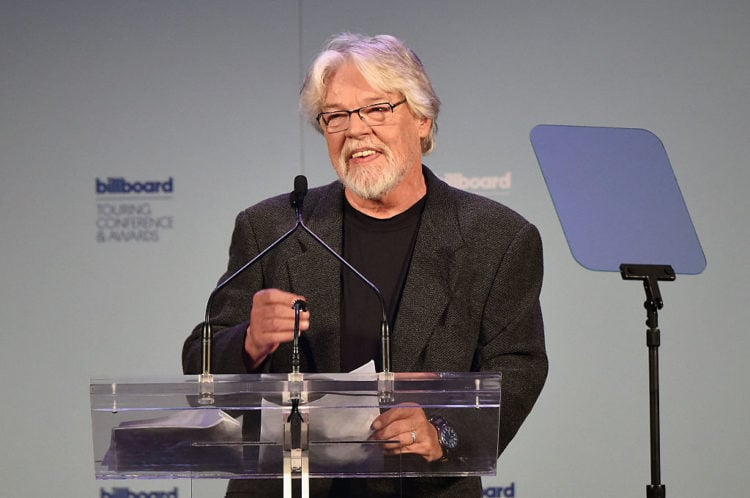 Bob Seger was born on May 6, 1945, in Detroit, Michigan. His first music gig was with the Decibels alongside future manager Eddie Punch Andrews. After several years he moved to Ann Arbor and started playing with the Town Criers. Afterward, he played the keyboard and sang vocals for Doug Brown & the Omens. While with the group, they released one song under the name the Beach Bums, “The Ballad of Yellow Beret,” parodying “The Ballad of the Green Beret,” a song by Sgt. Barry Sadler. Shortly after release, Sgt. Sadler threatened a lawsuit. Bob Seger’s first solo single, “East Side Story,” followed by “Persecution Smith” and “Heavy Music” on Cameo records, a regional label that folded shortly after the release. Seger formed the Bob Seger System in 1968 and signed with Capitol Records, who released “Ramblin’ Gamblin’ Man,” with the title track charting at number 17.

The group’s follow-up album wasn’t as successful, so Seger left music to pursue college in 1969. It didn’t take Seger long to return to rock. Using new band members, he released “Mongrel” in 1970. However, he disbanded the group and recorded “Brand New Morning” in 1971 as a singer/songwriter album. After several collaborations failed, Seger went back to Capitol Records after creating the Silver Bullet Band with guitarist Drew Abbot, bassist Chris Cambel, keyboardist Robyn Robbins, saxophonist Alto Reed, and drummer Charlie Allen Martin. The group recorded the album “Beautiful Loser” and followed it with a nationwide tour. The album never became a hit. However, they gained a more extensive fan base. So, when they released “Live Bullet” in 1976, it became a hit and spent three years on the U.S. charts, eventually going quadruple platinum. The group released another successful album, 1976’s “Night Moves,” reaching the top ten and generating several hit songs. Seger followed the album with “Stranger In Town” and 1980s” Against the Wind,” his first number one album. A year later, Seger released a live album, “Nine Tonight,” another multi-platinum album that peaked at number three.

“The Distance” dropped in 1982. While recording the album, Abbot quit the group because he didn’t feel they needed session musicians, starting a decade of constant lineup changes for the Silver Bullet Band. “The Distance” didn’t see as much popularity as other albums, so the group leveled off their touring schedule as well as studio time. However, the group released one more album, “Like A Rock,” in 1986. The album and subsequent tour were successful. So, in 1987, Seger released the song “Shakedown,” part of the Beverly Hills Cop II Soundtrack and his only number one hit. Four years after the release, Seger released “The Fire Inside,” which went platinum. He waited another four years before releasing “It’s a Mystery, which only made it to gold.

Seger took an eleven-year hiatus from recording, only appearing once during his induction into the Rock and Roll Hall of Fame. Two years after, he released “Face the Promise,” his first without the Silver Bullet Band sincBeautifulful Loser.” The album met mediocre success, although “Wait for Me” made it to the top 20 on Billboard’s Adult Contemporary charts and number four on Billboard’s Album Charts. After this album, he recorded several others with work from earlier recorded songs. His double-disc “Ultimate Hits: Rock & Roll Never Forgets” went platinum in 2011, thanks partly to his cover of Tom Waits’ song “Downtown Train.” He released two more albums in 2014 and 2017, “Ride OUt and “I Knew You When,” dedicated to Glenn Frey. Throughout Bob Seger’s career, he’s had many unforgettable hits. These are the 10 best Bob Seger songs of all-time.

The lyrics in this song reflect the pressures Seger felt on the road. In fact, this was only one of two songs he started writing while touring. Later, Metallica covered this song on their 1998 album “Garage Inc.”

9. Shame on the Moon

Mostly, Bob Seger wrote and recorded his material. However, this song was a cover originally written and sung by Rodney Crowell. Even though Glen Frey didn’t work on this project with Seger, Don Henley introduced Seger to Crowell’s work.

Like many other songs in Seger’s catalog, he wrote this song after seeing The Sting. More specifically, the scene in the film where Redford tells the waitress that they could be together for a night even though they don’t know anybody or each other.

Seger wrote this song about growing up in Ann Arbor, Michigan, and what happens as you emerge from your teenage years. One of his musical influences for the music was Bruce Springsteen. However, he wasn’t trying to emulate his sound.

When Seger first moved to California, he encountered people whose philosophy on life was much different from his. Additionally, he found that people in California had a different drive for success. “Still the Same” is an earlier composition about people who try to dominate the world.

In 1980, Seger won the Grammy for Best Rock Performance by a Duo or Group with Vocal. Later, he said the only thing that bothered him about the song was correct grammar. Against the Wind was another collaboration with Glen Frey.

This song was one of Bob Seger’s hits that never charted yet remains a perennial favorite. Some list it as one of the best classic rock songs from the 70s. “Hollywood Nights” is from the album “Stranger in Town,” which featured two different backup groups, the Silver Bullet Band and the Muscle Shoals Rhythm Section.

There were several sources of inspiration for this song; Seger’s childhood in Michigan and the film American Grafitti. Additionally, it was Seger’s first notable hit going to #4 in March 1977.

Later, co-founder of the Eagles, Glen Frey, performed backup vocals and acoustic guitar on this track, his first professional recording gig. This song was Seger’s first big hit, making it to the #17 Billboard spot despite having almost no airplay. Seger’s inspiration for this song was the Spencer Davis Group song “Gimme Some Lovin.”

The iconic scene in the 80s movie Risky Business, when Tom Cruise is lip-syncing, makes it the most memorable in Seger’s catalog. According to U Discover Music, George Jackson and Bob Seger co-wrote the song, yet Seger never added his name because he thought the song wouldn’t reach hit status. He wrote most of the lyrics aside from Jackson’s chorus.