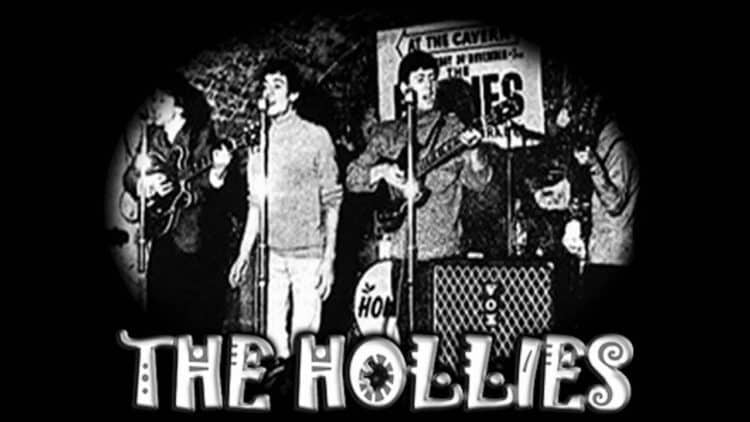 Globally celebrated for their soaring melodies and brilliantly crafted songs, The Hollies are one of the most influential British bands from the 1960s British Invasion era. With over 20 word-wide hits and an astonishing 263 weeks in the UK Top 40 singles chart, The Hollies’s impact on the evolution of Rock and Roll cannot be underestimated. The band was formed in 1962 by Allan Clarke and Graham Nash and along with Rolling Stones, they are one of only few bands formed in the early 60s to never be disbanded. In 1995 he band had been awarded the coveted Ivor Novello Award for their Outstanding Contribution to British Music. The band’s extensive catalogue of memorable rock ‘n’ roll music enabled them to stay relevant and in 2010, they were inducted to the Rock and Roll Hall of Fame in recognition of their great work. Our latest article on the top ten best Hollies songs features some incredible songs including, “The Air That I Breathe” and most people’s favorite, “He Ain’t Heavy He’s My Brother.” Check out the rest of the songs on our countdown.

“Sorry Suzanne” was the group’s first song to feature Terry Sylvester after Graham Nash left the band. This classic contains some amazing guitar work by Tony Hicks and what a great song to start our countdown. “Sorry Suzanne” peaked at #56 on the US Billboard Hot 100 and was covered by The Glass Bottle in 1979.

Coming in at number nine is a song that likens young love to a ride on a carousel. The title of the song is quite similar to the band’s biography Riding The Carousel. “On a Carousel” is undoubtedly one of The Hollies most infectious songs, with a catchy chorus and vocals that will make any who listens to the song capture the feeling that the song describes.

8. Son of a Rotten Gambler

This song was originally written by Chip Taylor and was initially performed by Anne Murray. In 1974, The Hollies released a version of the song which became a major hit among British fans. The song has an incredible rhythm although many fans argue that Anne Murray’s version was the best.

Coming in at number seven on our countdown of the top ten The Hollies songs is the song, “bus Stop” which is named after the band’s fourth album. The song ranks significantly high in The Hollies catalogue of great hits with it being their first song to hit the American charts. The song was written by Graham Gouldman of 10cc and with it, The Hollies joined in the trend of raga rock. The song peaked at #5 on the UK and US Billboard Charts and you will absolutely love the song if you are an R&B fan.

Coming in at sixth spot is the track, “Dear Eloise,” contained in The Hollies, sophomore album, Butterfly. Despite the album being the last one to feature Graham Nash, it is widely referred to as a Nash project since he was the major influence in the production and performance of the album.

When Roger Cook came up with the idea for this song, he was trying to tap into the American drinking culture which was in full swing during the Prohibition Era. Although the song appeared in their 1971 album, Distant Light, it was it was later released as a single in 1972, selling more than 2.5 million copies worldwide. The song peaked at #2 on the US Billboard Hot 100 where it stayed for two weeks.

4. I Look Through Any Window

Following the success of the group’s hit song, “I’m Alive” The Hollies came up with another banger which takes fourth spot on our countdown of their greatest hits. “I Look Through Any Window” peaked at #32 on the US Billboard Hot 100 Chart and it was the group’s first hit to hit top 40 on the chart. The track features some strong guitar riffs, sweet harmonies, and an explosive drumming from Bobby Elliott.

3. The Air That I Breathe

This song was originally written and recorded by Albert Hammond and Mike Hazlewood for Hammond’s 1972 album, It Never Rains in Southern California. The song was however popularized by The Hollies in 1974, after they released their version which reached number two on the UK Charts. The song features an orchestra arrangement and a prominent horn section.

The number two song on our list of the top ten The Hollies songs is the song, “Carrie-Anne” which was a song that talked about Marianne Faithfull, who had a romantic relationship with Mick Jagger, but also dated Allan Clarke of The Hollies. The idea of the song came during a concert session with Tom Jones. The song was recorded in only two takes at EMI’s Abbey Road Studios and what a great tune it turned out to be.

Coming in at number on our countdown of the top ten The Hollies songs is the band’s most popular song, “He Ain’t Heavy He’s My Brother.” This magnificent ballad was penned by Bobby Scott and Bob Russell who was dying of cancer in Los Angeles. The song is quite emotional and its not a surprise to see why it touched so many people’s heart. The song peaked at #7 on the US Billboard Hot 100 and #11 on the Canadian Top Singles Chart.