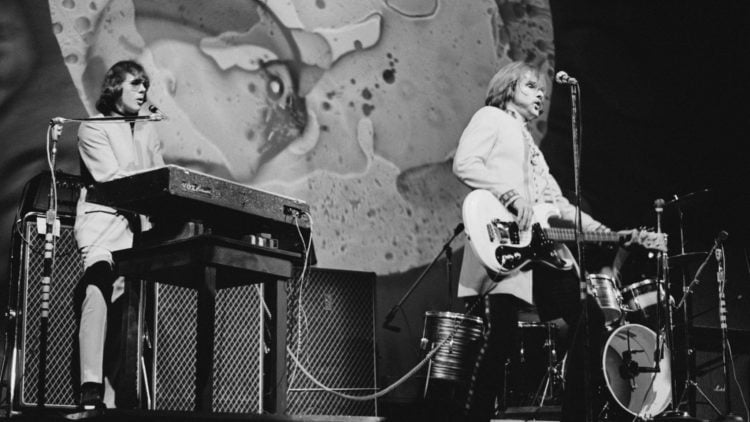 Iron Butterfly is an American rock band hailing from the city of San Diego, California. The band was formed in 1966, and after several personnel changes in the band’s composition, they released their first album, titled “Heavy.” The band epitomized the bands of the late ’60s with an accurate, media-driven kind of rock. The band became a household name after the release of their second album, “In-A-Gadda-Da-Vida.” Between 1968 and 1975, the band released six studio albums, and they have performed and toured till today. The majority of Iron Butterfly songs were great, and as a result, they had many fanatics. We might get a little stick for missing on some of their songs. Nevertheless, here is our list of the top ten Iron Butterfly songs of all time.

Soul experience was released on 17th January 1969. The single was contained in their third album, “Ball.” The single was critically and commercially acclaimed, and it was among the Billboard Top 100 singles charts — in the top half.

“Are You Happy” was the last track of the Iron Butterflies legendary album “In-A-Gadda-Da-Vida,” which was a massive seller for Atlantic Records. The track has some great rock vibes with a swing tempo which carries the song while Doug Ingle does his thing. Listening to the song will make you appreciate the band’s dynamics in full force, making it feel like they are punching their instruments.

The single was released in the summer of 1968 from the band’s hit album In-A-Gadda-Da-Vida. The track sounds similar to the Doors “Strange Days,” and its great melodies and strong structure assure it a place in the top ten list of great Iron Butterfly songs. Apart from the catchy title, the song passes out a timeless love message.

Real Fright is the second single off the album “Ball”. It takes our number seven spot. The song later appeared in the group’s album “Live at the Galaxy 1967” as a live version. The song features some fine guitar displays which disguise its supercharged drive. The song is made more appealing by the bass guitars, which make the song irresistible and catchy. The song plays out in under three minutes but demonstrates why the band was so popular in its heyday.

“New Day” was one of the outstanding tracks from Iron Butterflies’ fourth studio album “Metamorphosis” released in 1970. The album is credited as being one of the earliest to use talk box on a rock album. The track is driven by fantastic guitar tunes and a plowing rhythm that makes it a killer. The message of the song and its feel fit it right into other bands of the same era, such as Guess Who and Grand Funk Railroad.

Fields of Sun was a hit single from the Iron Butterflies’ first album, “Heavy,” a powerhouse rock and roll album. It is no doubt one of the most popular albums of the group. The track was produced by Charles Greene and Brian Stone and was released in 1968. The song is very relatable, with the lyrics talking about the never-ending cycle of how life moves on, day in and day out. The sound of the track is easily anything that you would want in a boy band. The track clearly brings out the heavy and light elements of the band. The song begins with a gentle piano sound followed by a jangly guitar that takes over until the end as Doug Ingle’s vocals shine throughout the track.

“Easy Rider” was released in 1970 vocals when a movie by a similar name was ruling the movie scene. The single, which Richard Podolour produced, was the eighth single from the album “Metamorphosis.” The track is characterized by great vigor and electricity that gives you a feeling of having a wide-open road ahead of you. The fantastic and well-synchronized sound makes the track to be a gem that suits your mood just right.

“Butterfly Bleu” was the final track of the band’s fourth album “metamorphosis.” Listing the best track in the album as the last was a major strategic trend in the ’70s meaning the band regarded this song highly. The track was well-received critically, with the band’s excellent dynamics and pummeling instruments endearing it to many fans.

“Unconscious Power” is the typical rock and roll track that could have easily been mistaken for the Music Machine due to a similar style. In the track, Doug Ingle’s vocals come across as a mix of Sean Bonniwell of Music Machine and Arthur Lee of Love. The track is from their debut album “Heavy,” which was released in 1968. The second track formed part of the punch for an opening for “Possession” and “Unconscious Power.” The track has a killer base and amazing guitar sounds, and shimmering keyboards that are all well associated with the band.

Even the band’s biggest fanatics will agree with the fact that this was their best track ever. The track was released in 1968 from their album In-A-Gadda-Da-Vida. The track is a seventeen-minute love song from the Biblical Adam to Eve, although they cut it down to a little over two minutes. The lyrics to the track are simple and can be heard from the beginning to the end. The track was the only song from the Iron Butterfly to reach Top 40 in the American charts, peaking at position 30. The song was named the 24th greatest hard rock of all time and by VH1 and has widely been regarded as a significant influence on heavy metal music.