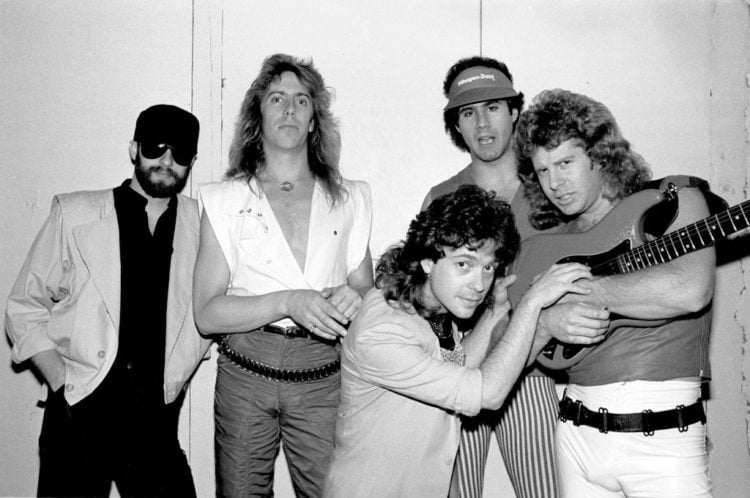 Night Ranger is a hard rock band that was formed in 1979 in San Francisco. The band became popular during the 1980s. Although the band split in 1989 and the members pursued other group and solo projects, they reunited in the late 1990s, and the band is still touring today. The band originally consisted of bassist Jack Blades, guitarist Brad Gillis, and drummer Kelly Keagy. The band was initially called Stereo, although the name changed to Night Ranger after they welcomed keyboardist Alan Fitzgerald to the band. Over time, the band had many members who joined and left the band. The current line-up includes Blades, Gillis, Keagy, Eric Levy, and Keri Kelli. Since the band was formed, they have released 12 studio albums, nine live albums, six compilation albums, and 16 singles. Altogether, they have sold 17 million records worldwide. Here are the 10 best Night Ranger songs of all time.

‘Restless Kind’ is about a restless soul, and the lyrics refer to someone having broken dreams. The track was the second single released from the 1988 album ‘Man in Motion.’ Despite being a fan favorite and remaining a rock classic, this song did not break into the Billboard Hot 100.

Night Ranger fans consider ‘I Did It For Love’ one of the band’s best rock ballads, and it is a song that people can relate to as it is about the end of a relationship. It was the first single released from the 1988 album ‘I Did It For Love.’ This song reached number 16 on the US rock charts but peaked at only 75 on the US Billboard Hot 100.

‘Rain Comes Crashing Down’ is a song about the aftermath of a relationship break-up. It was one of the singles released from the 1987 album ‘Big Life.’ Despite not being released as a single, it remains one of the group’s better-known songs and one of the tracks from the album that received the best reviews from the critics.

The song ‘The Secret of My Success’ was a single released from the 1987 album ‘Big Life.’ It is one of Night Ranger’s most famous songs because it was also on the soundtrack of the film of the same name, which starred Michael J. Fox, who had specifically requested that Night Ranger wrote the song. A year after the single’s release, it was nominated for a Golden Globe Award for Best Original Song but lost out to the theme tune from ‘Dirty Dancing,’ ‘I’ve Had) The Time of My Life.’

Jack Blades wrote ‘Four in the Morning (I Can’t Take Anymore),’ and it appeared on the 1985 album’ 7 Wishes.’ Blade claimed to have written the song at four in the morning when he couldn’t sleep because he had lyrics stuck in his head. However, the song’s theme about painful love does not reflect his real-life situation, as he is happily married. It reached number 14 on the US rock charts and number 19 on the Billboard Hot 100.

‘When You Close Your Eyes’ was the second single released from the 1984 album ‘Midnight Madness,’ the first being ‘Sister Christian.’ It is a love song about remembering the good time you had with a lost love. Although this track was not as successful as ‘Sister Christian,’ it was one of their most successful songs, as it reached number 14 on the Billboard Hot 100 chart.

Ultimate Classic Rock lists ‘Don’t Tell Me You Love Me’ as one of the best Night Ranger songs. It appeared on the 1982 debut album ‘Dawn Patrol.’ In this song, both Brad Gillis and Jeff Watson played lead guitars. In addition to the guitarists each having a solo section in the track, there was also a solo section of keyboardist Alan Fitzgerald. ‘Don’t Tell Me You Love Me’ was the band’s first single to reach the top 40 on the Billboard Hot 100 chart, and it peaked at number four on the Mainstream Rock chart.

‘(You Can Still) Rock in America’ appeared on the album’ Midnight Madness.’ Fans of the band rate it as one of their best hard rock songs. The band wrote the song while sitting in a hotel room during a tour. They had read a magazine article about rock being dead and wrote the song to prove that it wasn’t the case.

Night Ranger’s second-most commercially successful single was ‘Sentimental Street,’ which peaked at number eight on the US Billboard Hot 100 charts. It was the first single they released from their 1985 album, ‘7 Wishes.’ The music video for the single attracted attention from the fans, as the band members took off in a classic B-26 bomber airplane, which had also featured on the album cover, and they then get stranded in the desert.

According to Classic Rock History, the best Night Ranger song was ‘Sister Christian.’ It is a power ballad that became one of the most recognizable rock tunes of the 80s. Kelly Keagy wrote the song about his sister, who was growing up fast. In the 24 weeks it stayed on the US Billboard Hot 100 charts, it peaked at number 24. It was also ranked as the 32nd best song of the 80s by VH1. ‘Sister Christian’ was one of two singles released by Night Ranger in 1984.