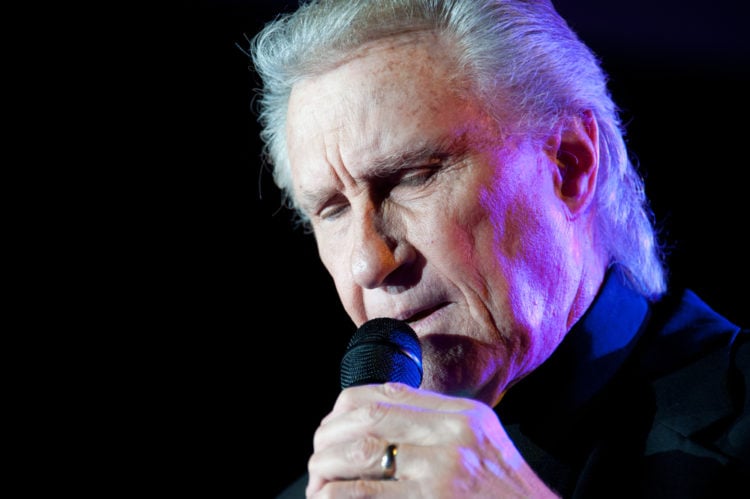 Bill Medley and Bobby Hatfield first began performing together as part of a short-lived band called the Paramours. After the band broke up, they continued to perform together under their new name of the Righteous Brothers. Although they relied primarily on other songwriters for their material, their distinctive vocals made each song their own, cementing their status as one of the greatest duos of all time. Here, we look back at some of their most enduringly popular hits with our pick of the 10 best Righteous Brothers songs of all time.

Kicking off our list is the song where it all began, Little Latin Lupe Lu. Written by Bill Medley at the age of 19 about a girl he dated at high school named Lupe Laguna, it became the duo’s first hit, reaching number 49 on the Billboard Hot 100 and number 47 on the Cashbox music chart. It’s since been covered by an array of other artists, including The Box Tops, The Kingsmen, The Chancellors, and even Bruce Springsteen.

9. The White Cliffs of Dover

Although Vera Lynn’s performance of The White Cliffs of Dover remains the definitive version, numerous artists have taken a shot at the wartime classic over the years, including Bing Crosby, Jim Reeves, Connie Francis, Bert Kaempfert, Acker Bilk, and The Hot Sardines. In 1966, Bill Medley and Bobby Hatfield gave it the Righteous Brothers treatment, scoring a top 30 hit in the UK for their troubles.

8. Georgia On My Mind

It may be a cover, and in fairness, very few people would suggest that Ray Charles’ performance isn’t the definitive version of Georgia On My Mind (especially the State of Georgia itself, which has designated his rendition as its official state song), but as societyofrock.com writes, there’s a rawness and otherworldly quality to the Righteous Brothers’ version which never fails to grab you.

7. On This Side of Goodbye

Written by hitmakers Gerry Goffin and Carole King and first recorded by the Righteous Brothers, On This Side of Goodbye showcases the duo’s exquisite vocal talents, with Medley and Hatfield’s distinct vocals coming together in perfect harmony. Released as a single in 1967, it hit number 47 on the Billboard Hot 100. Several artists have recorded it in the years since, including Eric Burdon and the Animals and Prince.

Ebb Tide was written by Carl Sigman and Robert Maxwell in 1953, with Frank Chacksfield and his Orchestra scoring a number 2 hit with it that same year. It quickly became a standard, and by the time the Righteous Brothers got around to recording their version in 1965, everyone from Roy Hamilton and Frank Sinatra to The Platter and Earl Grant had treated it to their own spin. Released as one of the very last of the duo’s songs produced by Phil Spector, it took the band to number five on both the Billboard Hot 100 and the Australian pop chart.

After breaking up in 1968, Medley and Hatfield spent 6 years apart before finally reuniting in 1975. Their first single after reforming was Rock and Roll Heaven, a song written by Alan O’Day and Johnny Stevenson as a tribute to some of the rock and roll legends who’d passed away in recent years, including Jimi Hendrix, Janis Joplin, and Otis Redding. Although Medley was initially reluctant to record the song as he didn’t think it had that “old Righteous Brothers feel,” it proved a triumphant comeback for the group, peaking at number three on the Billboard Hot 100 and spending three weeks at number 4 on the Canada Top Singles chart.

In 1965, a song written by Gerry Goffin, Carole King, and Phil Spector was always going to be a hit, especially if it was left in the very capable hands of the Righteous Brothers. Described by Billboard as an “exciting, dramatic, emotion-filled production performance,” the song became one of the duo’s biggest hits, reaching number nine on the Billboard Hot 100 and number 6 in Canada.

If the Righteous Brothers were worried that parting ways with Phil Spector would put an end to their time at the top, they needn’t have been. Their first hit after moving from Spector’s Philles Records to Verve was (You’re My) Soul & Inspiration, a song that hitmakers Barry Mann and Cynthia Weil had begun writing shortly after finishing You’ve Lost That Lovin’ Feelin,’ but which had lain unfinished until Medley asked them to complete it in 1966. Released as a single in February 1966, it shot to No. 1 on the Billboard Hot 100 and stayed there for three weeks.

Named as one of the best love songs of all time by The Telegraph, Unchained Melody has managed to survive countless covers and universal ubiquity without batting an eye, shining as brightly today as it did when it was first released by the duo back in 1965. With Hatfield’s tenor soaring into the stratosphere, it’s a vocal tour de force that could melt even the hardest of hearts.

Until 2019, You’ve Lost That Lovin’ Feelin’ was the most played song for 22 years. It’s been named as one of the Songs of the Century by RIAA, listed as one of the 500 Greatest Songs of All Time by Rolling Stone, inducted into the National Recording Registry by the Library of Congress for being “culturally, historically, or aesthetically significant,” described by various music critics as the ultimate pop record and become the only song to have ever charted on three separate occasions in the UK. In short, it’s a heartbreaking, tear-jerking masterpiece, and one that deserves to be played just as often as your kleenex supply will allow.