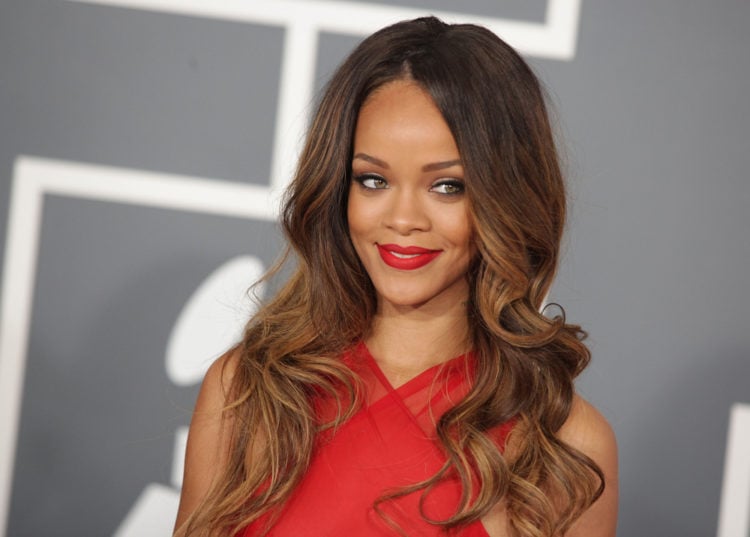 Currently, Rihanna sits second, behind Oprah Winfrey as the richest female entertainer. Her current net worth stands at $1.7 billion, much of which comes from the value of Fenty Beauty. However, we cannot forget that she has been churning out top hits for nearly two decades now. She is a music icon who has numerous accolades to her name, including nine Grammy Awards, several American Music Awards, an MTV Music Video Vanguard Award, and many others. Rihanna has released 71 singles, 14 of which have peaked at the top position on the Billboard Charts. She also has seven certified platinum albums, and she is regarded as a pop and fashion icon. Her song, “We Found Love,” was ranked 24th as the biggest US Billboard Song of all time. Her song, “Umbrella,” has also appeared on Rolling Stone’s 500 Greatest Songs of All Time and her album, Anti. Here are Rihanna’s greatest hits of all time.

When Chris Brown wrote this song back in 2008, he initially intended it to be part of his re-released second studio album. However, he preferred another song, “Forever,” and thought that “Disturbia” would better suit a female singer. The song is not based on any personal experiences by the singer but feelings of mental anguish and anger. The track won the NRJ Music Award for International Song of the Year and was also nominated for a Grammy Award for Best Dance/Electronic Recording though it did not win.

After the success of her album, A Girl Like Me, Rihanna needed a follow-up album, and hence she began working with different songwriters and producers. During the Grammy Awards week in 2007, Rihanna spent time with Ne-Yo, who gave her some vocal lessons and, in the process, wrote and recorded “Hate That I Love You.” The song is about being in love with someone, even though they keep hurting you and you keep forgiving them. The track stayed for 26 weeks on the US Billboard Hot 100 and peaked at position three on the US Pop Songs Chart.

The album, Loud, is one of Rihanna’s most successful albums. The album was certified platinum in Canada, only one week after its release. “What’s My Name” is the second track from the album and the video features a romantic encounter between Drake and Rihanna.

“Don’t Stop The Music” sampled the famous Michael Jackson lines, “Mama-say, mama-sa, ma-ma-ko-ssa. The song, which is featured in Rihanna’s third studio album, Good Girl Gone Bad, has a bouncy feel, and Rihanna’s vocal melodies would remind you of Aaliyah. “Don’t Stop The Music” peaked at position three on the US Billboard Hot 100 and was nominated for a Grammy Award for Best DanceRecording.

In 2005, a 17-year-old lady named Robyn Rihanna Fenty caught the world’s attention with her debut album containing this hit song. “Pon De Replay” is a dancehall song that effectively combines some pop elements. The song’s significance is due to the fact that it served as the foundation for her incredible music career.

In fifth spot is a song from Eminem’s seventh studio album, Recovery. The song features Rihanna, and most music critics have called it the best song of 2010. Eminem wrote the whole song and chose Rihanna to do the chorus. The song is like fine wine. The older it gets, the better it feels and the more we appreciate “love the way you lie“. The song sold over 12 million copies in the US and won many awards, including five Grammy nominations.

“Umbrella” is one of my favorite Rihanna songs of all time. The track was released in 2007 from her album Good Girl Gone Bad and is about offering support to a loved one when things are tough for them. The song was ranked number one in Entertainment Weekly’s Best Singles of 2007. The song earned Rihanna a couple of awards, including two at the MTV Video Music Awards. The track was a hit in many countries and spent seven consecutive weeks at the top of the US Billboard Hot 100.

Many years from today, we will still listen to this song and agree that it was a masterpiece. Rihanna’s voice and performance in this song are out of this world. The song is about focusing on our own happiness without being afraid of what others might think of us.

After more than 12 years of releasing bonafide smash hits, Anti gave Rihanna her biggest hit on the US Charts. Before releasing the hit song, “Work,” her 2007 tune, “Umbrella,” ranked as her best performing song on the weekly, Hot 100 list. “Work,” the lead single from Anti, has been certified five times platinum by RIAA and has gathered over 1 billion views on YouTube.The song, which runs for about three minutes and thirty-nine seconds, mixes some urban and hip-hop influences with a Caribbean Island vibe that will make any crowd go crazy.

“We Found Love” is arguably Rihanna’s most successful song of all time. The song, which features Calvin Harris, was a collaboration of one of the most popular female contemporary pop music stars with the next big thing in the EDM community. The song’s lyrics, sung by Rihanna, follow a similar pattern and are accompanied by Calvin Harris’ flourishing alarms and a rising bass. “We Found Love” remains the longest-reigning number one song by Rihanna.