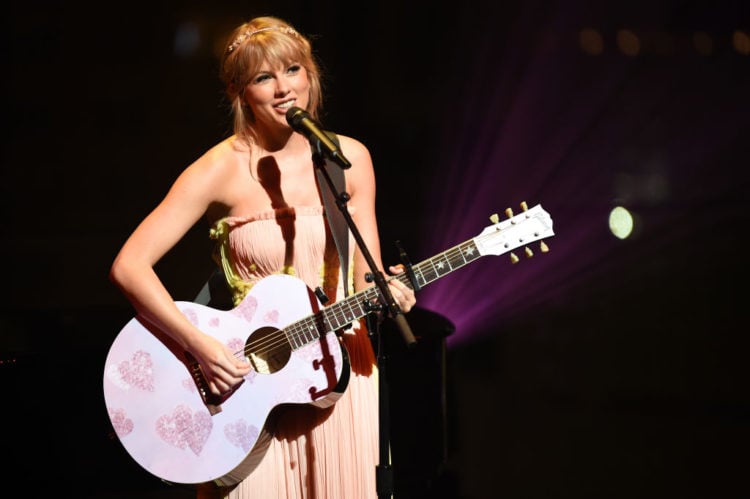 Bob Marley once said that you could fool some people all the time, but you can’t fool everyone all the time. That’s one fact that liars keep forgetting, and musicians have a way of sharing their pain and experiences of dealing with liars through creative lyrics. So many artists have performed songs about cheating, lying, and secrets and among those that we feel are the best songs about liars, here are the top ten.

Trina did everything for the man, hoping she would graduate from being a girlfriend to a wife. However, the guy forgets all that and starts cheating on her. He lies to her that the person calling him at 3 am is a friend. It is not the first time he has been lying to her hence “here we go again” lyrics, and she gets tired of the lies after spending so many years waiting for their relationship to blossom.

9. “You’re Not Sorry” by Taylor Swift

Swift talks about how the man keeps so many secrets, and she is always the last to know. She goes on about how he always apologizes, and she accepts the explanations because he acts very innocent. It gets to a point she can’t take it anymore and will not believe the lies he keeps feeding her because she realized he is never sorry about hurting her.

According to a post on Facebook, this song was difficult to make, but the efforts paid off when it topped the Billboard’s Hot Country Singles chart on May 10, 1975. Stewart sings about the pain he feels when his woman catches the eyes of different men. She doesn’t act like a married woman and is unfaithful, and every time Stewart asks about the stranger he sees her with, she lies that it is an old friend. Although he knows that the woman will keep lying and being unfaithful, Stewart blames himself for being too weak to stop her from doing him wrong. So he drowns his sorrows with beer.

No matter how hard liars try to hide whatever they are lying about, they will always get caught. Beyoncé sang about how the guy had suddenly stopped saying he loved her and no longer called her by name. He even lied that he had to get out of the house after telling her he had just arrived home. The strange behavior gets her wondering if there’s someone else and why the man can’t just tell the truth instead of playing games.

Fricke sings about entertaining the lies of a man despite knowing the truth, which may be out of desperation to feel the love of a man. She does not mind that he says she looks familiar when she knows for a fact they have never met; thus, he couldn’t possibly know her name. He even lies about not being married, yet Fricke had seen him taking off his wedding band. It seems she is comfortable with the lies, and she is ready for a broken heart.

Imagine a girl dating two guys who happen to be friends, and they are each bragging about how they have found “the one” only to find out she has been playing them. Well, that’s what this song is all about; the girl approaches both men at two different parties, saying she’s single, confessing her love to each guy. Unfortunately, her lies caught up with her, and they decide to bust her.

Well, the title of the song summarizes it all; no matter how good you think your lies are, you will be busted. It’s about a woman who can’t even get her lies straight. She comes home at 2 am, and upon being asked by her man where she was, she lies she was at a friend’s house. Upon further probing, she doesn’t even know how many kids the friend has, which has her boyfriend realizing she is lying. Next, the woman changes the narrative to say she was out with her girlfriends but forgets to stick to her story, so she lies that she went shopping. Of course, when the lies are discovered, she ends up being kicked out of the house, and the man doesn’t care anymore where she goes.

This song reveals the mind games that liars will play and how much the hurt one feels can push you to do the unthinkable. Rihanna discovers that her man is cheating on her after seeing that he bought stockings for another woman. The relationship had been going on for three years, and she was tired of the apologies. In another incident, the man lies about being out of town, but he is spotted in a club which angers Rihanna, but the man defends himself, saying the friends feeding her with information are haters.

2. “Friend of Mine” by Kelly Price

The worst thing about someone lying to you is the betrayal you feel for trusting them to tell the truth, only for you to find out they have been taking you for a fool. That’s what the song by Price is all about; her best friend betrayed her. The lyrics reveal that the friend got close to Price, dug information about her and used what she knew to worm her way into Price’s husband’s heart. In the end, her husband cheats with the friend. The friend takes off with Price’s husband leaving Price confused. Maybe it should be used as a lesson to advise us to keep our love lives private because others can’t ruin what they don’t know.

1. “Cry Me a River” by Justin Timberlake

According to The News, Britney Spears was hurt by Timberlake’s song because it insinuated that she was disloyal to him. She said that although he was not technically wrong, he was not right either. However, Timbaland, who produced the song, knows the story firsthand and revealed that the lyrics came to Timberlake immediately after he was off the phone, calling Spears. Timberlake could not believe the lies and betrayal, and in the song, he wished that his ex could have picked honesty over the lies.