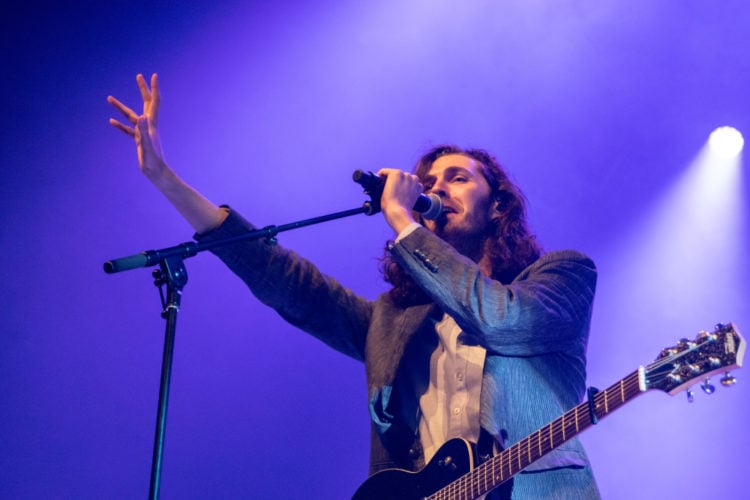 To date, Irish singer-songwriter Hozier has only released two albums, but those two albums contain more gems than most artists generate over a lifetime of making music. Since making his international breakthrough with his debut single Take Me to Chuch, Hozier’s electrifying fusion of folk, soul, and blues has attracted huge critical acclaim and an almost religious devotion from his millions of fans. Here, we take a deep dive into his catalog with our pick of the 10 best Hozier songs of all time.

Described by Hozier as a song “about trying to love a damaged person in a modern society,” To Be Alone burns with intensity – if you’ve ever become addicted to an unhealthy relationship that was only ever going to end in pain and heartbreak, you’ll relate. If you haven’t, listen anyway – even if it doesn’t serve as a lesson, the impassioned delivery and poetic lines will still send shivers up your spine.

Described by theodysseyonline.com as “goosebumps-inducing, heart-pounding, breath-shortening,” Shrike finds Hozier on familiar ground, lamenting the loss of a toxic relationship and regretting his ability to appreciate what he had while he still had it. From the lush string arrangements to the metaphorical comparison between the Shrike (a bird known for its habit of impaling its prey on thorns) and his love, it’s hauntingly, profoundly lovely.

Hozier’s debut album is littered with hits, with Sedated ranking as one of the most popular. In comparison to what was happening elsewhere in the charts at the time, it’s remarkably simple, with pared-back instrumentation and a hushed solemnity that only serves to heighten its stark loveliness. The subject matter (addictive love) might be dark, but the rich vocals, anthemic chorus, and gospel melodies merge to create something utterly transcendent. Released on 20 May 2014 as the third single from the album, it peaked at number three on the Irish Singles Chart and number five on the Billboard Alternative Airplay Chart.

If you can make it through Cherry Wine without tearing up, you obviously haven’t been listening hard enough. Recorded for Hozier’s debut album, it’s a song that describes the twisted emotions of an abusive relationship in which the victim still has feelings for their abuser. Delicate yet powerful, its haunting beauty is elevated through a stripped-back arrangement that pitches Hozier’s dark, rich vocals against a backdrop of acoustic guitar. Released as the seventh and final single from the album, it peaked at number 32 on the US Hot Rock & Alternative Songs chart.

If you’ve ever sought a meaningful connection but made do with cheap thrills instead, Someone New, a song that Hozier has described as a “love song about love at its most empty and vacuous and futile” is the song for you. An atmospheric, soulful song with plenty of quirky retro vibes, it became one of Hozier’s biggest hits to date on its release in May 2015, peaking at number 13 on the Irish Singles Chart, number 10 on the US Billboard Adult Top 40 Chart, and number 19 on the UK Singles Chart.

Hozier has described Work Song as one of his favorites from his self-titled debut, and he’s not the only one. With its church-like handclaps, gospel backing vocals, and themes of love, sin, and religion, it blends spirituality with soul to create a deeply melodic piece of indie rock perfection. Released in March 2015 as the fifth single from the record, it was a top 20 hit on the Billboard Hot Rock & Alternative Songs, Bubbling Under Hot 100 and Adult Alternative Songs charts,

The video for Movement features the “bad boy of ballet” Sergei Polunin performing an intricate routine in which he gives the appearance of running from different versions of himself. It’s amassed over 24 million views on YouTube, and for good reason. But just as enticing as the video is the song itself, an intense blend of gospel-pop and R&B that slowly builds on a wave of keys and organs to a foot-stomping, heart-pumping climax. Released as the second single from Hozier’s sophomore album, Wasteland, Baby!, it peaked at number eleven on the Billboard Digital Sales Chart.

With soulful lyrics, gritty themes, biblical metaphors, a flamenco bridge, and even a few Motown influences, From Eden stands out as one of the most experimental tracks on Hozier’s debut – and one of its most beautiful. A firm fan favorite since its release in March 2014, it did almost as well commercially as it did critically, reaching number 2 on the Irish Singles Chart and number fifteen on the Billboard Hot Rock and Alternative Songs Chart.

2. Take Me to Church

It may have been released six years ago, but for many fans, Take Me to Church remains Hozier’s defining moment. Originally recorded for his EP of the same name, it came to wider attention when it featured as the opening track of his 2014 debut. Any song that takes inspiration from writer Christopher Hitchens and paraphrases Fulke Greville’s verse “Created sick, commanded to be sound” deserves to be taken seriously, and Take Me to Church most definitely was. Lauded by critics for its lyrical maturity and soulful performance, it became an international sensation, reaching the top five in numerous countries and leading to a bidding war between major labels to sign Hozier.

Hozier wrote Nina Cried Power as “a thank you note to the spirit and legacy of protest; to the artists who imbued their work with the vigor of dissent, and a reflection on the importance of that tradition in the context of the rights, and lives, we enjoy today.” Coming from another artist, that may sound pretentious. Coming from Hozier, it sounds biblical – as, indeed, does the song itself. A soulful anthem full of righteous anger, poignant emotion, and universal sentiments, it’s a majestic tour de force from the Irish singer. On top of that, it features Mavis Staples, which in itself would be reason enough to give Nina Cried Power top billing on our list of the 10 best Hozier songs of all time.