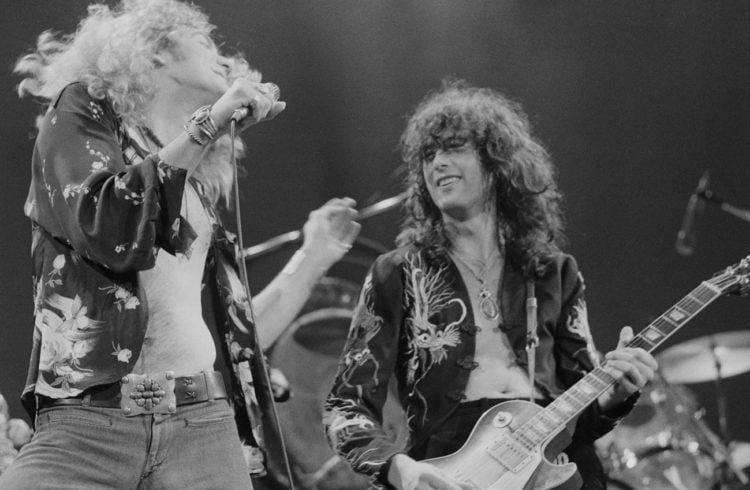 Regardless of whether we’re talking the blues, a migraine, or a head cold, we all get sick sometimes. And when we do, there’s something strangely reassuring about knowing that someone, somewhere is feeling just as bad as us. Why we like listening to other people singing about their pain probably says things about the human psyche we’re not qualified to explain. But whatever the deeper meaning is, there’s something about knowing that someone else has been there, gone to the doctor, and got the test results to prove it that makes us feel better. Next time you’re feeling under the weather, hold the chicken soup and treat yourself to these 10 best songs about being sick instead.

10. Van Halen – Somebody Get Me a Doctor

Taken from Van Halen’s second album ‘Van Halen II,’ ‘Somebody Get Me a Doctor’ sees David Lee Roth in very poor shape. He’s messed up, in shock, feeling overloaded, and suffering from ambulatory issues. Fortunately, being the trooper he is, he’s not going to let it get him down. In fact, he’d go so far as to say he’s “feelin’ fine”… although not so fine that he’s going to miss asking for a shot when the doctor finally arrives.

What exactly Stephen Taylor is howling about in ‘Sick As a Dog’ is anyone’s guess. Maybe it’s his addiction to animal-related metaphors (‘sick as a dog’, ‘cat got your tongue’). Maybe it’s an addiction to something else. Or maybe the song’s hero is tackling something more serious than a broken heart. Whatever it is, it sounds painful. Although let’s face it, most things by Aerosmith do. As subtle as a sledgehammer, this isn’t a song to listen to without a very big bottle of aspirin to hand.

If your sickness is keeping you up at night, stick Paul Simon’s ‘Insomniac Lullaby’ on repeat. The soothing sounds of this folk-rock legend are the musical equivalent of a cooling hand against your fevered brow. NyQuil might get you to sleep faster, but your dreams will be sweeter going this route.

Ultimateclassicrock.com  describes ‘Subterranean Homesick Blues’ as ‘a generation’s worth of paranoia, neuroses, and anxieties balled into a little more than two minutes.’ If you’re feeling a little bit homesick, it’s nothing compared to how Bob Dylan is feeling here. Despite the topic, Dylan’s skitterish, nervy delivery keeps the energy running high.

‘Make it Go Away (Radiation Song)’ was written by Sheryl Crowe after she was diagnosed with breast cancer. The diagnosis came just days after her relationship with fellow cancer survivor Lance Armstrong came to an end. Fortunately, the cancer was caught at an early stage, and Crowe made a complete recovery after undergoing a lumpectomy and radiation therapy. Personal, poignant, and emotional, the song ranks among Crowe’s best.

The Band where a band’s band, a quintet of musicians of such virtuoso, no one who heard them could fail but worship at their altar. But they were also a band that knew trouble. At one point or another, almost every member suffered from addiction, marital problems, and financial woes. Richard Manuel’s struggles with mental illness and addiction would eventually lead him to commit suicide at just 42 years old. ‘The Shape I’m In’ was written by Robbie Robertson, who, as Wikipedia notes, made no secret of the fact the song was written about the tole Manuel’s addictions were taking on the rest of the band. Filled with a sense of dread and desolation, the song is saved from being an outright depressant by the band’s trademark bouncy delivery and exquisite musicianship.

PTSD may sound like a strange choice of subject matter for a Metallica song, but it works. If lyrics like “Delusion/ all sanity is but a memory,” and “My life: the war that never ends” weren’t enough to highlight the track’s inspiration, the accompanying music certainly is. As iheartradio.ca outlines, the video, which was directed by Claire Marie Vogel, opens with a soldier cautiously exploring a building in a war-torn city before finding a telephone on the floor. After picking it up, she’s transported to an office where the mundane activities and items trigger her PTSD and take her straight back to the battlefield. Thrassy and loud, it’s not necessarily the most subtle song about mental illness that’s ever been recorded, but it might just be the angriest.

As pastemagazine.com says, regardless of what ails you, you know you’re heading for trouble when that temperature starts rising. Ms. Lee may have been singing about troubles of the heart rather than troubles of the body, but sick is sick, and the moment that smooth, sultry beat kicks in, you’d better grab your thermometer and wait for the burn. Strangely enough, the song wasn’t included on the accompanying album (1959’s ‘Things Are Swingin”) but it finally got the credit it deserved when it was featured as a bonus track on the 2004 reissue.

Whether you’re heartsick, homesick, or just plain sick, everyone, at some point or another, can relate to Michael Stipe when he pronounces “Everybody hurts…Sometimes.” Because everyone does, right? And everybody cries. But you know what you should do? Hang on. Don’t let yourself go. Take comfort in your friends. Alternatively, bury yourself under the duvet, switch tracks to ‘Happy Shiny People,’ eat enough ice cream to give an elephant indigestion, and by the morning, all will be well.

Some people say that 1975’s ‘Physical Graffiti’ was Led Zeppelin’s last great album. Whether you agree or not, there’s no doubt it’s a cracking album. ‘Sick Again’ is one of the reasons why. Less a song about a physical illness as it is about a general malaise, the lyrics were inspired by Robert Plant’s experience of the teenage groupies (or the ‘LA Queens,’ as he referred to them) who’d throw themselves at the band night after night at the peak of their fame. Weary, reflective, and a great way to close the album, ‘Sick Again’ is a stunning example of what a band at the very top of their game can achieve.