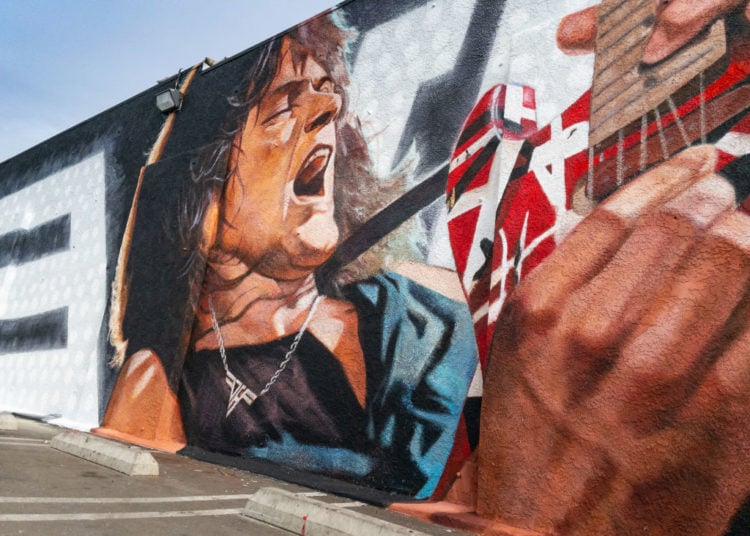 With super high energy, musical talent, and hard rock all rolled into one, American rock band Van Halen had no other direction but the Rock and Roll Hall of Fame. The band has been around and loved since 1972, and it’s been credited to bring hard rock back into the forefront of music again during the early 80s. Van Halen has lost and gained members along the way, including lead guitarist and band original Eddie Van Halen, but much of the band’s musicality has remained the same over the years. If you’re a Van Halen fan, enjoy this list and rock on. If you’re not, here’s the 20 best Van Halen songs of all time to get you started.

Hard-driven from start to finish, this song is a great introduction to anyone listening to Van Halen for the first time. It represents the angst that Sammy Hagar projected into his vocals and the simple yet weighty riffs that Eddie Van Halen put on. Unfortunately, this song marked the beginning of Hagar’s dissociation with the Van Halen brothers in the early 90s.

As Sammy Hagar’s favorite song (and presidential candidate John Kerry’s too), “Dreams” hold a special place in the Van Halen catalog. Although it displays the established identity of the band up to that point, it leans more towards a lighter rock than the usual. “Dreams” is not at all guitar-driven but rather keyboard and synth heavy. The melody also bears some resemblance to the more popular “Jump,” but that really doesn’t mean anything. “Dreams” is a good song, but it’s mostly remembered by the music video that features footage of the Blue Angels jet squadron.

There’s something dark and sinister about “Jaime’s Cryin” and its melody. Eddie manages to make his guitar cry out in places, and Roth’s lyrical storytelling here is nothing short of outstanding. This song became an easy fan favorite when the first Van Halen album made its debut, even though it didn’t come out as a single. It might very well be driven by the hordes of female VH fans that drove themselves wild with VH mania. And with the subject matter relatable to many, it was a sure hit from the start.

Eddie Van Halen’s folk roots are prominent in this songscape, and it’s truly a marvelous thing to hear. You can hear the flamenco inflections on the acoustic, and it’s more than you can ask for in a song. It’s not very Van Halen-esque in the most arbitrary sense, but that’s what makes the song so special. “Little Guitars” is a temporary departure from anything heavy, which is evidence for the rock world that Van Halen can handle light on any given day—and they can do it well.

It starts slow, but then “Atomic Punk” plunges you forward into a punk rock mashup. Some would argue that this song should always be on the top 5. And it very well might be on another day. But there’s so much edge and rawness to “Atomic Punk” that you’d need to take it in doses at times. Given that the song is way ahead of its time, “Atomic Punk” has aged well and plays better now than it ever did back then. It is one of the greatest rock songs of all time.

When you’ve got an arsenal of great songs in a catalog, it’s easy to miss some greats. “Hear About It Later” is forgotten in many circles—possibly because of its milder manner and its slightly slower tempo. It doesn’t attack you from behind but befriends you with a haunting intro and a melody that’s stronger than many of the band’s songs. Maybe it’s the kind of song that takes its time to grow on you, but it definitely does.

A screeching electric guitar is what greets you firsthand on “D.O.A.” Van Halen goes straight for the jugular on this one, but it doesn’t just stop there. It hooks you and drags you through and through with all of the song’s grit and textures. This song is a great example of Van Halen’s sound in its youth—bold and completely unapologetic. We’re all glad for VH’s evolution, but there’s nothing like their underrated, pre-80s songs.

It’s not exactly the love song you might have in mind, but it’s a love song the Van Halen way. Although you might hear this song as a Van Halen generic, you can’t argue that there’s something about the song that feels alive. It’s important to note that this song also came early in VH’s catalog. “Feel Your Love Tonight” is a testament to the energy that surges from VH’s music right into your pores and into your soul.

It may not be Van Halen’s best lyrical moment, but it’s a song for the ages. Really, who couldn’t relate? It’s an innocent take on what’s taboo, but that’s besides the point. The point of the song really is in the hands of the Van Halen brothers, whose magic is reflected in the 5 minutes of this song. Alex Van Halen’s unbelievable athletic drumming is way ahead of its time, and Eddie’s guitar rips and dominates throughout.

This track is all speed and ruckus, and that’s why Van Halen fans love it. It’s teeth metal at its finest, and it’s the kind of song you need to get yourself out of a rut, off the couch, and into the center of the pit. It’s an incredible musical direction that could’ve been the future for Van Halen at the time. But VH is more than just headbang and roll with the punches. Still, “Romeo Delight” is fun, and that’s all that matters.

When people think about Van Halen, they’re more than likely replaying this song in their heads right away. “Jump” sits comfortably in the middle of this list because it sure is a fan-favorite, but it isn’t necessarily VH’s best. You could easily argue that “Jump” has become an 80s pop song, and many hardcore VH fans actually refuse to even refer to the song as rock. But the song is but another great example of Van Halen’s skill in turning a six-chord keyboard stroke into a powerful anthem. Like it or not, the song is not an accidental hit. Van Halen knew what they were doing.

Thanks again to Eddie Van Halen for the awesome and uncomplicated riff that’s on loop for majority of this song. While some might argue whether or not “Ain’t Talkin Bout Love” actually belongs on this list, it’s a definite for us. It’s not easy to achieve power with such simplicity, yet VH does it time and time again with many of their songs. The best thing about “Ain’t Talkin Bout Love” is it’s easy enough for any guitarist to take on. It’s a shareable and playable song, and what should songs be if not that?

A song that’s inspired by a car is sure to give off a huge sense of speed and drive. “Panama” gives us that in more of a glam metal style that actually seem to fit Van Halen naturally. The song’s riffs have been described as one of their purest and strongest, and we can’t argue. There’s a rumor that Roth wrote the song because he was accused of only writing songs about parties, women, and fast cars—which isn’t true. Since Roth hadn’t written a song about fast cars yet up to that point, he wrote “Panama” in retort.

7. You Really Got Me

It’s possible that one of Van Halen’s most mainstream song happens to be a Kinks cover. The 1964 original was excellent, but even fans of the Kinks have to admit that VH’s version is a lot better than the first rendition. There’s something about “You Really Got Me” that demanded noise and all the guts, and Van Halen absolutely delivered on those notes. This song is a true Van Halen favorite even though it isn’t a VH original.

6. Dance the Night Away

Although most people wouldn’t associate Van Halen with feel good music, the band still managed to release a few without deviating from their heavy rock roots. There are many things that make “Dance the Night Away” so special, but the fact is it just feels good to listen to. Digging deeper, however, you’ll find the most endearing little details in the song—though VH is rarely described as endearing. While listening, listen out for that cowbell, Roth’s near laugh, and other quirks that give this song so much personality and fun.

If Eddie Van Halen could put all his heart into one song, it would probably be this one. “Mean Street” is as free and genuine as rock could be. It’s full of the usual VH energy, but it’s also a great show of the band’s undeniable talents. “Mean Street” was the opener to the “Fair Warning” album, but it didn’t match up to the brighter sounds that became more popular during that time. But timeless music is Van Halen’s niche, and “Mean Street” continues to find new fans to this day.

4. And the Cradle Will Rock

Van Halen’s never afraid to try out new things. They weren’t the band that stuck to a single sound or a single process. One of the best things about this song is that it doesn’t even start with the typical heavy guitar intro. The song sets off with an electric piano mimicking an electric guitar. The effect is almost otherworldly and vastly different too. Combined with just the right tempo and some 80s flare, this Van Halen song is the rock anthem song of a generation.

“Unchained” is as rock and roll as it gets. The synchronized vocals, the insane lick, and the crazy solo—all make up a song that represents Van Halen and their music. They are truly unchained. The best part of the song is Roth’s chat up with Templeman about his suit and the “leg” he’s getting because of it. None of it makes sense, but it doesn’t have to.

2. Runnin with the Devil

As soon as this song starts, you can’t help but rock your head on along. There’s a reason why “Runnin with the Devil” was once ranked by VH1 as 9th on the list of the greatest heavy rock songs of all time. The style of the staccato bass has set this song apart the many great songs that came from that era. But it really was David Lee Roth’s performance that drove the song to its peak.

Almost two minutes of killer solo and there’s no denying “Eruption” is at the top of this list. It encapsulates Eddie Van Halen’s uncompromising skills on the fretboard and offers one of the most memorable riffs in all of rock and roll history. It also happens to be the B-side to this list’s number 2. Although many would argue that this prelude doesn’t really constitute a full song, we totally beg to differ. Eruption doesn’t need a full four-minute melody and even lyrics to be the best. It just is.

The Story Behind The Eagles’ “Best of My Love”

Why The “Nevermind” Cover Baby is Suing Nirvana

The 10 Best Mudvayne Songs of All-Time

Meet the Band Members of Gizmodrome