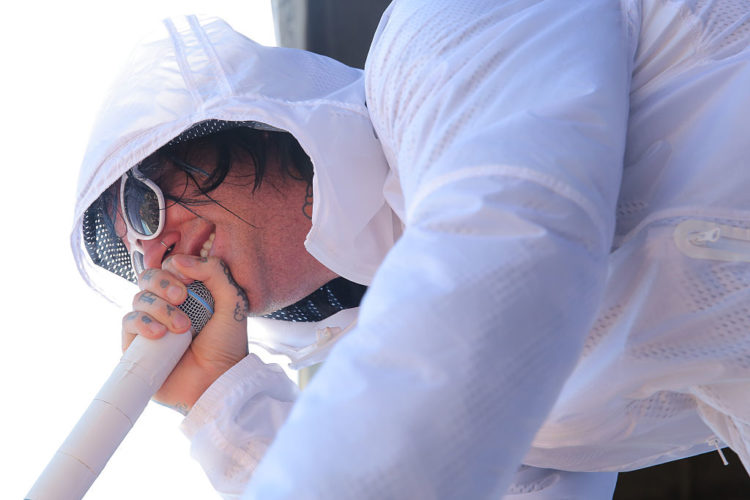 Chris Fronzak is a famous musician and a founder of Attila and Stay Sick. He is well known for his music and fashion line. Read on to find out 10 things that you didn’t know about him.

His full name is Christopher Joseph Fronzak, also known as Fronzilla or Fronz. Born on 20th November 1989 in Florida, United States. He is 31 years old, and he weighs 67 kg, while his height is 1.73 m. He is a native American, while his Zodiac sign is that of Scorpio. He is an American musician, record label owner, clothing designer, an armature pornographic actor, and a songwriter. He is the lead singer in the metal band Attila. His orientation is straight, and he is currently single though he was dating Victoria Snooks. He has two kids, Blaise and Aiden. He has a pet named Carl; it is a hairless sphinx. The cat has an Instagram handle where Fronz posts it.

Like many successful people, Christopher started from grass to grace type of stories. He started working at the age of 8. He would sell lightly used golf balls that he would package in egg cartons, sort them, and sell them door-to-door to communities he knew had golfers. When he was ten, he began a lawn care business, he would offer to lawn overgrown lawns in his neighborhood, and at the age of 12, he was selling a huge amount of bubblegum to his entire school, and he made good money. He later indulged himself in several jobs that included bagging groceries and working in restaurants where he would clean dishes. However, all this did not limit him from achieving his dreams. He kept working hard until he achieved them.

Chris is the founder and also a member of Attila. Attila is a metalcore band. Chris Fronzak being the frontman, formed the band way back in 2005 when they were in High school. Franz was only 14 years old. The members include Christopher Joseph Fronzak (vocalist), Kris Wilson (rhythm guitar), Matt Booth (Lead guitar), Sean Heenan (drums), and Sam Halcomb (bass). Chris named the band Attila after Attila the Hun, which he read about in a book. The band began touring in 2007. The band has released seven records and nine albums: Fallacy, Soundtrack to a party, Rage, Outlawed, About That Life, Guilty Pleasure, Chaos, Villain, and their last album in 2021 named Closure. Attila had a breakthrough when they released About That Life in 2013. The album was number 22 on Billboard’s top 200 charts.

Fronzilla has taken several projects on his own, including a major side project, Bone Crew. He publicly launched Bone Crew on 27th July 2018 and was issued on Stay Sick records, Fronz’s record. The crew released its firsts album on 3rd August 2018. The crew is made up of Da Boi J and Chris Fronzak (Fronzilla). The two have merged rock music and Trap.

He created the Stay Sick clothing line in 2011. His Slime Squad Hoodies were the biggest hits. While on March of the same year, he launched Stay Sick Recordings. The first band to be signed was Old Again, a pop-punk outfit. The recording majorly focuses on new developing artists. On the 10th of December 2010, the recording company announced they’d acquired Eulogy recordings.

Chris Fronzak’s net worth as of May 2021 is $6.5 million. This is a lot as compared to other entrepreneurs and musicians. His clothing line majorly contributes to his net worth because ‘Stay Sick’ is a major hit.

Fronz has been involved in several misconducts. One that hit the headlines is that of which a fan accused him of sexual assault. According to LoudWire, The fan alleged that Fronz got her so drunk that she blacked it and he abused her, making her do things without her knowledge. The fan’s name is Roxy Vienna. She claims that he began assaulting her when she was only a minor. Roxy leaked her chats with Franz and asked other girls to open up about sexual assaults from Franz. Several girls came up and opened up about similar incidences of Franz getting them drunk and being involved sexually with him without their consent. Fronz defended himself by blaming his ex-girlfriend for having conspired with Roxy to tarnish his name. He says it’s because he cheated on her. Franz says that he regrets it, but it’s not a justifiable reason to tarnish his name.

According to AlternativePress.com, Fronz was once on MTV’s ‘MADE’ as he was uninterested in being ignored by the women and he wanted to be noticed. Fronz wanted to be transformed into a male model. Fronz is described as a graceless, hardcore, big, and hairy metal band frontman.

9. His Issues with Senses Fail’s Singer

Buddy Nielsen and Chris Fronzak have been beefing for a very long time. Buddy has accused Fronz severally of being Homophobic together with the band Attila. It began when Buddy attacked the Attila band for their released son ‘Proving Grounds’ because it insulted a community that is the LGBT. Fronz replied to him, telling him he is not homophobic in any way possible, and further went on to call him names. During a tour that both bands went on, Attila and Senses Fail, Fronz made allegations that Sense’s members called them homophobes. Attila released a diss song, “Callout 2,” that dissed many people, including Buddy Nielsen, Kim Kardashian, Tyler Carter, 6ix9ine, among others. The latest is Buddy’s argument that Fronz is neither a man to follow nor one to be imitated. He criticized Fronz for creating his website where only his fans pay a certain fee to watch his adult content videos, where he dresses up women as maids and shoots his videos. Buddy called Fronz a scumbag because of his actions and urged fans not to support him. Fronz replied to Buddy by making fun of him and saying nothing wrong with what he does.

10. Fans can reach him through a phone call

He has not won any awards yet, but his band released an album featured on the Billboard 200 chart. While his clothing line is a major hit and his hoodies have become sensational across the globe. In May of 2015, he released a cologne named Rage; in the same year, he announced that his fans could call him on his cell by subscribing to his website and having to pay a fee of $50 per month to have access to all this including his adult content videos where he acts.