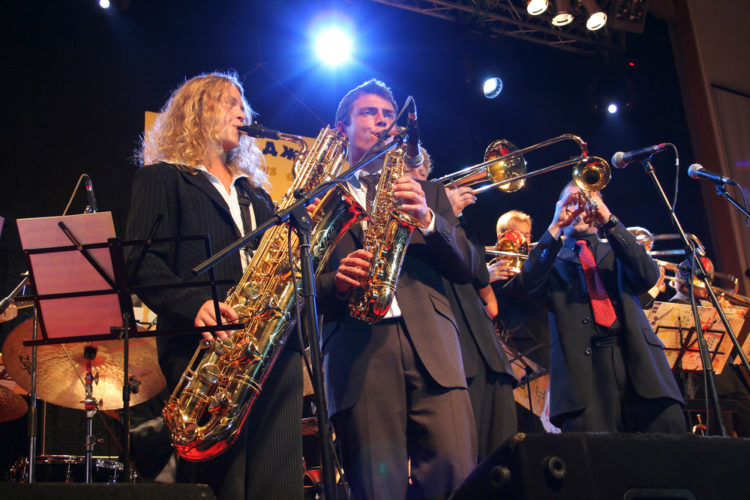 Collective Soul is an American rock band based out of Atlanta, GA. It started up in 1992. After which, Collective Soul proceeded to release their first studio album through an indie record label called Rising Storm Records. Its success earned the band a contract with Atlantic Records, which was a clear sign that the band members had managed to make it. Ever since, Collective Soul has been making music, as shown by how the band released a tenth studio album called Blood in 2019.

Blender was Collective Soul’s fifth studio album for Atlantic Records. It was the worst performer out of those five releases, which was by no means a coincidence. Blender stands out because it is the most pop-influenced of Collective Soul’s studio albums. On its own, that wouldn’t have been a bad thing. However, Blender was also both bland and incoherent, thus explaining its position on this list.

Annoyingly, Collective Soul has released not one but two self-titled studio albums. This is the one that came out in 2009, which is sometimes called Rabbit for the purpose of distinguishing it from its 1995 predecessor. Presumably, the name is because of the band’s effective return to Atlantic Records, seeing as how it was releasing the new studio album through Atlantic Records’ subsidiary Roadrunner Records. In any case, the second Collective Soul is very far from being the worse thing ever released but it lacks the edge needed for it to stand out from its counterparts.

Sometimes, names can be very ironic. To name an example, consider 2004’s Youth, which is a release that can see a fair amount of variation on rankings. Some people enjoyed it. Meanwhile, other people thought that it sounded both too old and too desperate, meaning that it failed to capture the best of Collective Soul’s sound. Apparently, the band decided on a complete do-over while making the studio album because they thought that what they had on hand was too dark for their intended release, which might have had a negative effect on the ultimate outcome.

7. See What You Started By Continuing

See What You Started By Continuing came out in 2015. As such, it came out after the second Collective Soul in 2009 but before Blood in 2019. Fortunately, this release was a notable upswing when compared with its immediate predecessor. Music-wise, See What You Started By Continuing was something of a return to the band’s earlier sound, though it wasn’t quite capable of matching those releases for the most part.

Of course, this would be the first of two studio albums called Collective Soul, which is sometimes called the Blue Album for the purpose of distinguishing it from Rabbit. It is interesting to note that the band’s own frontman Ed Roland considers this to be the band’s true debut album because its predecessor was meant as a vehicle to secure a record contract. In any case, while this release did very well in a commercial sense, it was also very similar to its immediate predecessor.

Curiously, Collective Soul is one of those bands that can hit both peaks and troughs. For proof, look no further than Blood, which is one of the band’s stronger releases even though it is also the band’s latest release. The studio album managed to do this by striking a delicate balance between two often-competing priorities. On the one hand, it built upon what had come before; on the other hand, it didn’t abandon the band’s characteristic sound through blind trend-chasing. There are a lot of releases that have managed to botch this kind of balancing. However, Blood wasn’t one of them.

This was the release that started up everything. To be exact, the band gave it as a demo to a local college radio station, which proceeded to play “Shine.” Said song became extremely popular, so much so that Collective Soul was propelled to the national stage. Something that enabled them to secure a record contract. Hints Allegations and Things Left Unsaid was judged in a similar manner as its successor, though it should be mentioned that it stood out by being a very upbeat release in what was still a very grunge-influenced environment.

Disciplined Breakdown was made under difficult circumstances. Collective Soul was being sued by ex-management. Moreover, a lack of money meant that the band had to record in what has been described as a cabin-like studio. Still, Disciplined Breakdown managed to be quite good, though not quite the best of their best.

Unsurprisingly, Collective Soul wasn’t very happy with the making of Disciplined Breakdown. As a result, the band members decided to go all-in on their next release Dosage, thus resulting in six months of strenuous work. On the plus side, Collective Soul’s effort paid off. Dosage was a hard rock release with a fair amount of synth-pop influence but managed to harmonize them in a way that Blender would not.

Afterwords was physically released at Target Stores and only at Target Stores because of an exclusive deal that was made at the time. As a result, one can’t help but suspect that awareness of the studio album was somewhat hurt by that decision. Regardless, Afterwords was another release that managed to strike a careful balance where many other releases would fail. It was a callback to Collective Soul’s glory days in a lot of respects. Simultaneously, it managed to have something of the later releases’ pop-influenced and otherwise more experimental nature.