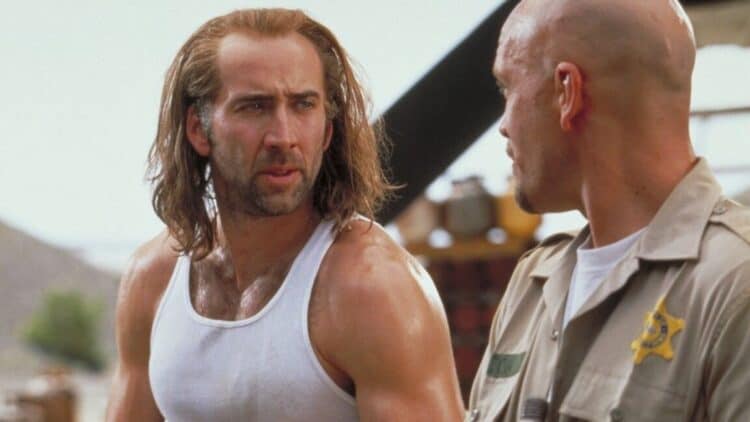 The movie “Con Air” is an American action thriller of the 1990s starring Nicolas Cage, John Malkovich, and John Cusack. Simon West directed the blockbuster hit film and also directed “The General’s Daughter” in 1999, “Lara Croft: Tomb Raider” in 2001, “When a Stranger Calls” in 2006, “The Mechanic” in 2011, and “The Expendables 2” in 2012. In this film, Steve Buscemi, Dave Chappelle, Colm Meaney, Mykelti Williamson, Monica Potter, Ving Rhames, Rachel Ticotin, and Danny Trejo play prisoners (or guards) during a prison break that takes place a plane from the Justice Prisoner and Alien Transportation System (nicknamed “con air.”) And actually, con air is a real thing. Despite a production budget of only $75 million, “Con Air” grossed more than $224 million at the box office during its theatrical release and following its opening on June 6, 1997. While the cast, score, and action sequences received rave reviews, the film received mixed reviews overall. In addition to earning Oscar nominations for Best Sound and Best Original Song for “How Do I Live,” performed on the soundtrack by Trisha Yearwood. It has‌ ‌actually been called a parody of a Michael Bay film because it offers the same mixture of an absurd plot, aggressive action, romantic sentimentality, and over-the-top sets as his films. And, it may not have won an Oscar, however, it did win:

The plot of “Con Air” involves a combat veteran and Army Ranger sergeant (honorably discharged) named Cameron Poe (Nicolas Cage) who is coming back home to his pregnant wife who works in a local bar. However, instead of a happy homecoming, he gets a ten-year prison sentence for the accidental killing of one of the three seriously inebriated men who attempted to assault his wife. Fast forward eight years and Poe is paroled and boarding a con-air flight to Alabama along with his diabetic cellmate (and close friend) along with a bunch of badass inmates, most of who are being transferred to a supermax prison. This popular film grossed $101.1 million in the US and Canada, and $122.9 million foreign for a worldwide total of $224 million (#1 at the box office at the time). It even made $24.1 million at the box office during the opening weekend, $15.7 million for the second weekend, and $10.4 million in the third. For its first three weeks, Con Air finished first, second, and third. Now, as far as the music goes, all but five musical pieces are simply studio orchestrations that are all done quite well for the film by the Nick Glennie-Smith, Gordon Goodwin, Orchestra. And, there were definitely a lot of them, so we ranked the actual songs from just fairly good (5) to absolutely fabulous (1) as well as the best of the best among the instrumentals to boot:

Anybody who has ever seen Con Air will tell you that this is one of the most exciting action scenes in a movie filled with great action scenes. In addition, the music lends itself well to the frenetic pace. Let’s face it, nothing makes an action scene even more than just an action scene like a big star hanging from a hook and ladder attached to a speeding fire truck on the Las Vegas strip.

5. He’s Got the Whole World In His Hands by Puto Kuatre

This old religious standard played during the scene where the creepy serial killer (played by Steve Buscemi) befriends a little girl who actually could be just a ghost. At least that seems more plausible than a child being out there in the middle of nowhere all alone. In any case, the scenes of the two becoming friends are sometimes cute and other times just plain weird. And, nobody does weird like Buscemi. He even won a Saturn Award as Best Supporting Actor for it.

4. Carolina in the Morning by Walter Donaldson

This is an iconic song that was first published in 1922 and became an American standard. It’s been used in everything from Winter Garden Theater Vaudeville back in the 1920s to “I Love Lucy” and “My Three Sons” in the 50s and 60s. And, in 1957, a rock and roll version was recorded by Bill Haley & His Comets.

3. Theme from “A Summer Place” by Percy Faith and His Orchestra

This is the song that plays in the yellow Volvo scene when a body falls right onto it from the sky. According to What-Song, where strangely enough the list of films where the song was part of the soundtrack doesn’t even include “A Summer Place”, this song was also used in a number of other movies. They include the unforgettable and wildly popular first in a string of sequels starring George Clooney/Brad Pitt/Matt Damon/Andy Garcia “Ocean’s Eleven” (2001), “An Education” (2009), “Dark Shadows” (2012), “Beautiful Creatures” (2013), “Trolls” (2016), “The Irishman” (2019), and “Isn’t It Romantic?” (2019), plus one of the classic films of all time, “Batman”, (1989) in the scene in the art museum where The Joker tries to seduce Vicki Vale, and of course, “A Summer Place” (1959). This is perhaps the most widely-used song in all of the cinematic universe and rightly so. It’s one of those haunting songs that you just can’t get out of your head.

This popular Lynyrd Skynyrd classic plays on the Con Air plane while the prisoners are dancing. This is another unforgettable song that has been featured in a number of other well-known movies besides “Con Air,” from the always endearing “Forrest Gump” to the not-so-endearing “The Texas Chainsaw Massacre,” the amazing “Crimson Tide,” the comical films, “Joe Dirt” and “Despicable Me”, and its namesake which was, of course, the adorable Reese Witherspoon (gotta love her) rom-com “Sweet Home Alabama”. OK, this one just might give “A Summer Place” a run for its money in the most played in movies category.

1. How Do I Live by Trisha Yearwood

This unforgettable classic country hit that was made popular by both Trisha Yearwood and LeAnn Rimes plays during the opening and end scenes of the movie. It lends a musical feeling to an already fraught with tears finale where Poe meets his beautiful little daughter for the first time because she was born while he was in prison. He carried her picture and a stuffed bunny through the entire film and protected them with his life. It also has a very interesting history. According to the Ringer, there was a bit of a show-biz feud involving the song. It was even dubbed “the ‘Con Air’ Soundtrack War”. It’s a story about one song, two women, and one film about lots of convicts. It was in 1997 and Touchstone Pictures commissioned a country song for their upcoming film “Con Air” called “How Do I Live”, written by Diane Warren. The version of this song that was featured in the film was performed by an amazing country music legend, namely Trisha Yearwood (aka Mrs. Garth Brooks). However, it wasn’t the original version nor the one that was intended for the film’s soundtrack. The artist who was initially asked by Touchstone to record that song was a rising country music star who was only 15 years old at the time named LeAnn Rimes. So what happened? The studio simply felt that LeAnn’s version was lacking the emotional weight that the film needed.

Touchstone then proceeded to ax LeAnn’s version, pivoting toward a more serious ballad vibe. They called Trisha Yearwood who had no knowledge of LeAnn’s recording. In fact, Trisha was on tour in Europe when she heard that Rimes had released a video of what she thought of as “her song”. In Nashville, there’s a rule when somebody already has a song on hold, you simply don’t record it, as Yearwood told the Tribune. However, Nashville rules could never hold a candle to “Con Air” rules. The bizarre part of this scenario was the fact that both artists were scheduled to release their own version of the same song on the same day, May 27, 1997. Both versions became instant hits and newspapers and radio stations even ran polls where the fans could vote for whichever version of the song they preferred. 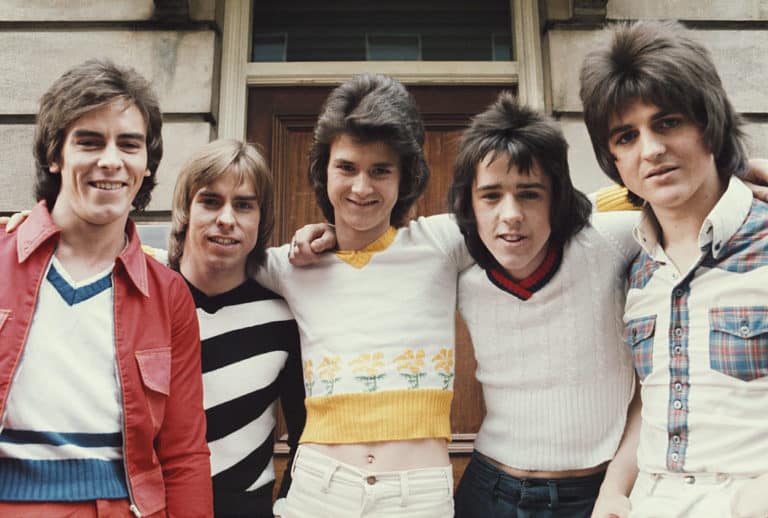 After a couple of false starts and a few lineup… 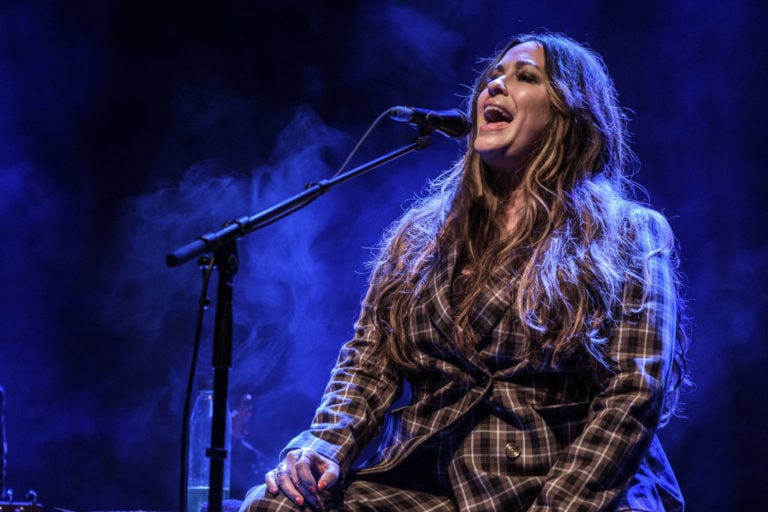 No one wants to listen to a song about how… 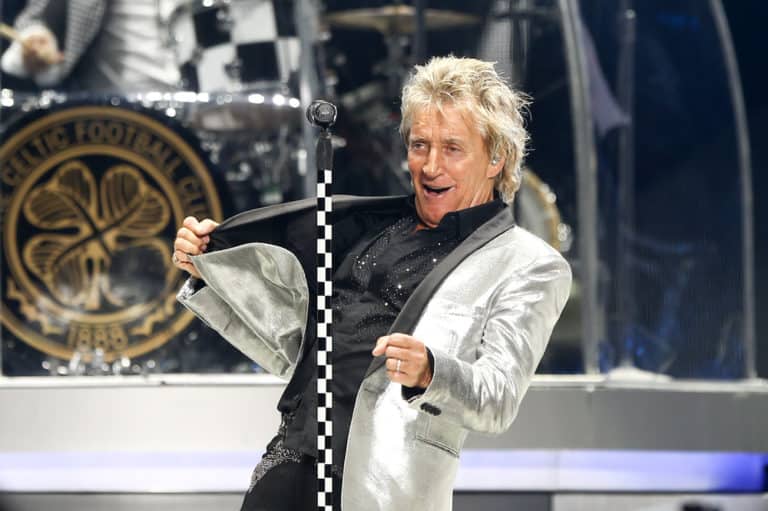 In 2006, Mark Wahlberg starred in Invincible, the real-life story… 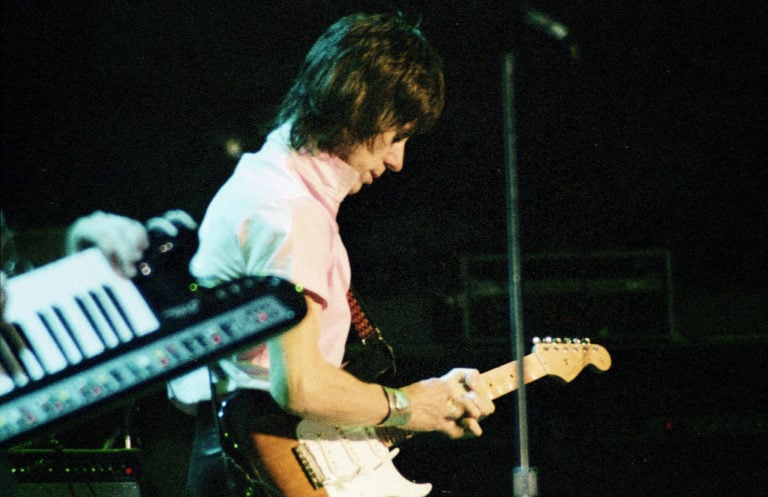 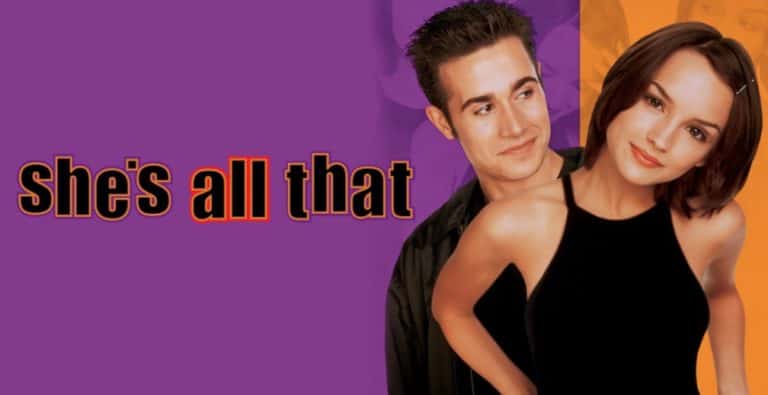 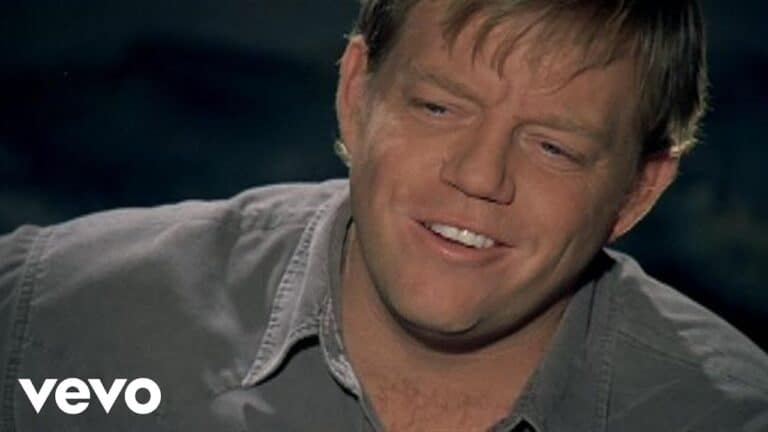