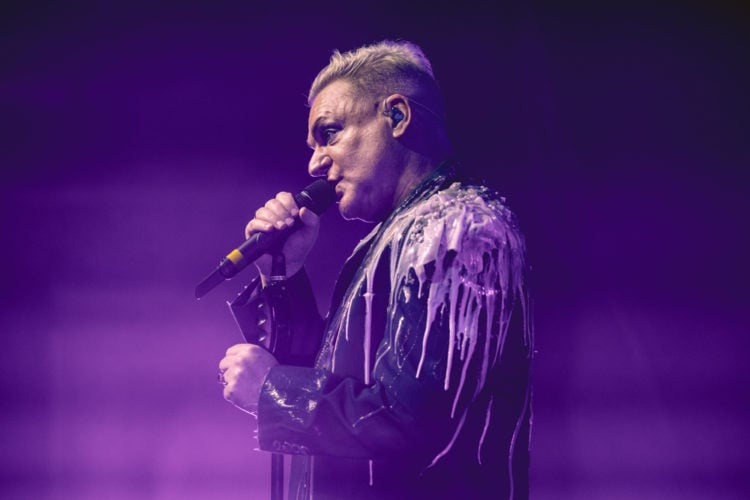 In 1985, singer-songwriter Andy Bell teamed up with Vince Clarke of Depeche Mode to form the synth-pop duo, Erasure. After a couple of false starts, they hit the big time with their fourth single, Sometimes. From that point on, they became firm fixtures on the UK charts, dominating the airwaves throughout the 80s and 90s with hits like A Little Respect, Stop!, and Always. In the years since, their commercial fortunes have gone through numerous peaks and troughs, but while their grip on the charts may have weakened, they can still fill a dance floor as fast as they ever have. Here, we take a look back at some of their biggest hits and misses as we rank all the Erasure albums from worst to best.

If an album of old Erasure songs re-interpreted in an acoustic or country & western style strikes you as about as much fun as a wet weekend, you’re not the only one to think so. Released in April 2006, Union Street proved the duo’s biggest flop to date, charting at a dismal number 102 in the UK Albums Chart. While chart success isn’t always a barometer of greatness, here, it is – the decision to cover lesser-known album tracks and B sides rather than cash in on the success of their biggest hits was a wise one, but overall, the album is too jumbled and uneven to be rewarding.

After falling out of favor in the charts with their self-titled seventh album, Erasure returned to the top ten with its follow-up, 1997’s Cowboy. But while it may have been the more commercially successful album of the two, many fans would consider it the weaker. It’s not a bad album (Erasure rarely ‘do’ bad albums), but it has, as All Music notes, the dispiriting air of an album that sounds like it wants to keep the party going when all the guests have long gone home. It’s pleasant, but not memorable, lacking the energy and creative passion of the duo at their peak.

True to its title, Other People’s Songs is a collection of cover songs. Originally conceived as an Andy Bell solo project, it eventually became Erasure’s tenth studio album after Vince Clarke hopped on board. An 80s band covering hits of the 60s, 70s and 80s in 2003 sounds as relevant as Betamax, but it still managed to put in a fairly decent showing in the charts, peaking at number 14 in the UK and giving the band their first UK Top 10 single in nine years with Solsbury Hill. It’s not a terribly consistent album, but it’s enough fun to warrant a couple of spins.

For their fifteenth studio album, Erasure ventured into the holiday market. Consisting of a collection of Christmas carols and original material, Snow Globe could have been a straightforward blast of festive pop – had they decided not to inject it with a generous dose of creepiness. “Everything about Christmas has been written already. We thought it would be more interesting to look into the darker side of the season. For a lot of people, Christmas is not a happy time,” Clarke explained. It shouldn’t work, but it does, brilliantly, especially in comparison to the usual lackluster efforts we get from vintage pop acts during the holidays.

Described by Consequence of Sound as an “archetypal example of upbeat, affirming, fist-pumping synthpop, and an example of the highest order,” 2011’s Tomorrow’s World might not deliver any big surprises, but when a group has spent 30 years creating some of the finest feel-good dance floor fillers around, no surprises is no bad thing at all.

After failing to impress with the dismal Union Street, Erasure made a return to form with Light at the End of the World. Released in May 2007, it reached the top 30 in the UK Albums Chart and won rave reviews from critics. Described by Billboard as ‘ signature Erasure,’ it’s a pure delight, with the intoxicating singles I Could Fall in Love with You and Sunday Girl easily ranking among their best ever songs.

Loveboat, Erasure’s ninth studio album, didn’t get a lot of love from the duo’s fans on its release in 2000. For whatever reason, the lo-fi vibe, prominent bass lines, and layers of acoustic guitars failed to meet their mark, resulting in a dismal performance in the charts both in the UK and elsewhere. None of that is to say it’s a bad album. It’s not. If anything, it’s one of their strongest. Described by entertainment.ie as an album full of soulful, polished electronic soundscapes that can stand alongside their best work, the romanticism and passion of the lush arrangements and soaring vocals make it an enduringly lovely listen, chart success or not.

Over 30 years after their debut, Erasure landed a place at number 6 on the UK Albums Chart with their seventeenth studio album, World Be Gone. Said to have been inspired by the political situation in the US and UK, it may, as The AV Club says, be better suited to relaxing after a rousing march or successful phone-bank campaign than something that would rally the troops, but it’s no less lovely for it.

Not everyone loved Nightbird. The Guardian gave it a two-star review and questioned how something so lavish with both emotion and production could leave so little aftertaste. The duo’s fans didn’t much care for it either, with the result that it stalled at number 27 in the UK charts and number 154 on the US Billboard 200. But with repeated listening, the album reveals itself as a smart, deeply touching, and almost heartbreakingly poignant treasure.

By 1995, Erasure were living on borrowed time. In the decade since their debut, the music scene had changed dramatically, with their particular brand of synth-pop occupying an increasingly smaller place on the airwaves. Their self-titled seventh album represented the beginning of their chart decline, becoming their first album since 1987’s The Circus not to top the UK chart. But even if it only managed to reach number 14, many fans still hail it as one of their greatest efforts thanks to an edgy, experimental approach that pays rich dividends on standout tracks like the intoxicating Stay With Me and haunting Angel.

For Erasure’s latest release, 2020’s The Neon, Bell and Clarke recorded a huge selection of songs and left it to the record company to decide which ones to put on the album, and which to save for a rainy day. The end result is a rousing, exhilarating collection of sharp hooks, pulsating beats, and dynamic melodies purpose-built to get the party started. They might be approaching retirement age, but Bell and Clarke can still fill a dance floor faster than acts a third of their age.

After establishing themselves as the reigning kings of synth-pop with their first three albums, the duo continued their white-hot streak with Wild! Released in October 1989, it took them to number 1 in the UK Albums Chart and number 57 on the US Billboard 200. It also charted highly around Europe, peaking at number 6 on the European Albums Chart. Although a more mixed bag than their previous efforts, the strength of tracks like You Surround Me, Blue Savannah, and the propulsive Brother and Sister cover over the cracks of weaker moments like 2000 Miles and How Many Times.

Released in October 1991, Chorus, the group’s fifth studio album, earned Erasure another number one in the UK and became their highest-charting album in the US, peaking at number 29. It also spawned a series of hugely successful singles, including Stop!, the group’s first Billboard Hot 100 hit. With a few exceptions (the gloriously camp Love to Hate You being chief), the album abandons the sass of the group’s previous output in favor of a gentle sincerity, an approach that works particularly well on the title track and other standards like Am I Right, Joan, and the wistfully philosophical Siren Song.

On its release in May 1994. I Say I Say I Say became Erasure’s fourth consecutive studio album to top the UK charts. It proved equally successful in the US, where it peaked at number 18 on the Billboard 200 to become their highest charting album till that point. Considering that grunge had taken over the airwaves by then, the success of both the album and its singles came as something of a surprise…. although given its insanely catchy hooks and earworm choruses, not a huge one.

In September 2014, Erasure returned to the top 50 of the Billboard 200 and the top 20 of the UK Albums Chart with The Violet Flame. Considering the strength of their previous projects, releasing an album this late in their career that stands head to shoulders with their best work is no easy feat, but somehow, Clarke and Bell managed it. A wonderfully cohesive album full of big hooks, soaring choruses, and pulsating beats, it’s a remarkably fine addition to their equally remarkable catalog. Whether you’re a casual listener or one of the devoted, consider it essential listening.

In May 1986, Erasure dropped their debut album, Wonderland. It didn’t exactly tank, but neither was it an immediate success, reaching a disappointing number 71 on the UK Albums Chart and failing to make any kind of impact with its three singles, Who Needs Love Like That, Oh L’amour, and Heavenly Action. But commercial success isn’t always the barometer to judge an album by, and in this case, it’s the opposite. There’s not a great deal of variety, but when the production is this lush, the vocals are this sprightly, and the hooks are this catchy, more of the same isn’t a problem.

After trying and failing to make an impact with their 1986 debut, Erasure returned the following year with The Circus. This time around, people noticed… at least in the UK, where the album reached number 6 on the album chart. It was a slightly different story on the other side of the pond, where it charted at number 191 on the US Billboard 200 and number 91 on the Canadian charts. Erasure rarely hit a bum note in their early days, and they certainly didn’t here. Bell’s breathy crooning is jaw-dropping, providing the perfect counterfoil to Clarke’s twirling, whooshing synth sounds. Minor missteps aside (Sexuality can be skipped), it’s a phenomenal, exquisitely uplifting masterclass in synth-pop.

If the duo’s second album, The Circus, gave them their commercial breakthrough in the UK, their third, The Innocents, made them superstars on their home turf and a force to be reckoned with in the US, soaring to the top of the UK Albums Chart and reaching the Top 50 of the US Billboard 200. It also spawned several hit singles, including the phenomenally successful (and popular), A Little Respect. The album remains their best-selling release to date, having sold over 5 million copies worldwide and achieved platinum status in the US and double platinum status in the UK. Synth pop rarely gets better than this. 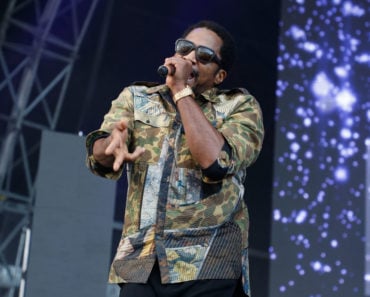 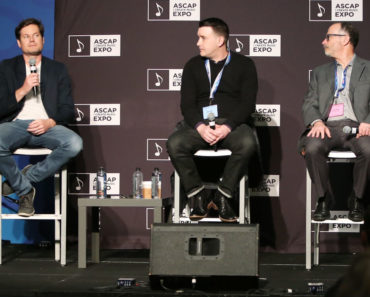 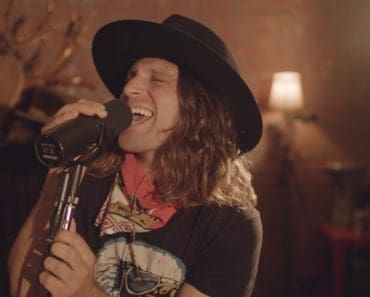 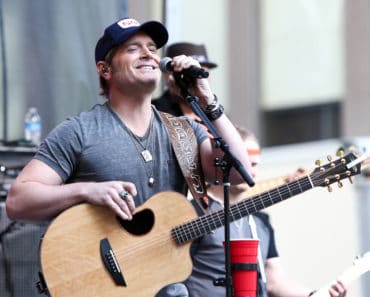 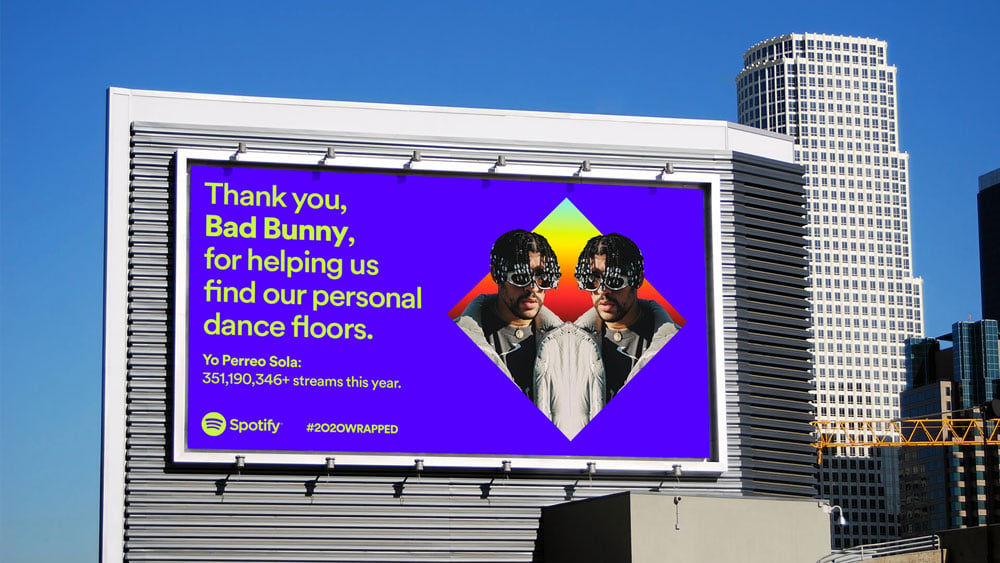