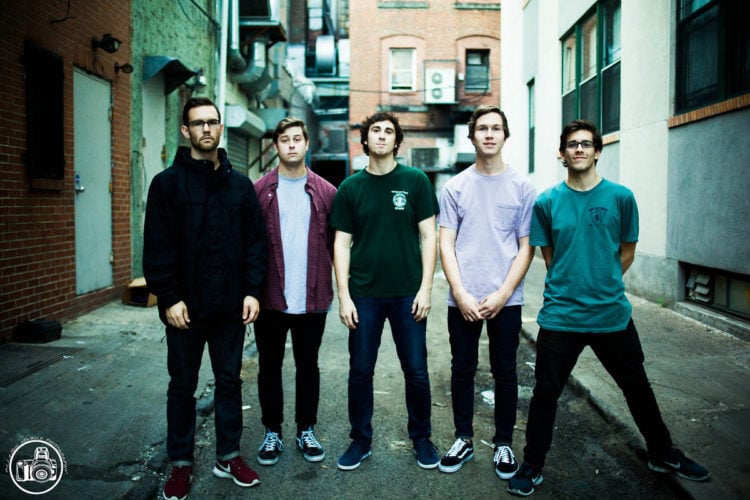 Knuckle Puck are one of several bands that arose within the pop-punk scene in the early 2010’s to much acclaim and large fanbases from very early on. This lead the band to tour around the country from their native Chicago area and become even more popular just as fast as they could book shows. Knuckle Puck have played various music festivals such as Vans Warped Tour, Slam Dunk and other festivals and tours in the US, UK and other regions. They were originally slated to support New Found Glory on their Pop Punk’s Still Not Dead Tour with Simple Plan but they were missing from the bill when the tour was rescheduled The band has even been featured on Punk Goes Pop when they covered The 1975. Below we’ve got the Knuckle Puck albums ranked to show you how the band has evolved and changed over time.

20/20 is the newest full-length from the band, released this year following the new style the band fell into following the release of Copacetic, a brand new genre infused pop-punk. This album feels like the Knuckle Puck’s most emotional to date, although Copacetic was the first Knuckle Puck album to being such heavy feelings toward a record that resonated with fans. All of Knuckle Puck’s music has a strong sense of emotion but their last three records hit entirely different than anything previously released. While Knuckle Puck don’t usually feature guest vocals on their songs, 20/20 featured Derek Sanders from Mayday Parade, a band Knuckle Puck has been touring with more and more as time progresses. Although this album is similar to the band’s most recent releases before it, it also feels very much like an older Knuckle Puck EP at times.

Shapeshifter is another album from Knuckle Puck, ranked sixth on our Knuckle Puck albums ranked list, that featured that same style discovered on Copacetic and carried on through this album to 20/20. While this style was clearly welcome among fans, it was definitely a surprise for the band as they followed a similar sound so far into their career. Ultimately, although Shapershifter is the band’s middle effort between 20/20 and Copacetic, the album stands out all on its own and delivers its own unique sound compared to the other records.

Copacetic was the groundbreaking and experimental, at the time, album from Knuckle Puck due to how different the album was compared to the faster, angst fueled music released earlier from the band. The album was also Knuckle Puck’s Rise Records debut, which may have had something to do with the initial change in sound. Prior to the release of Copacetic, Knuckle Puck almost exclusively only released shorter pieces of music such as EPs, splits, and singles. At the time of its release, Copacetic felt like a new band but after Shapeshifter, the album has started to lean more towards the band’s EP sound.

While just referred to as Split being that both bands have their own respective songs to perform and distribute, these two Knuckle Puck songs featured some of the most staple songs from the band’s discography. The band released quite the amount of EPs before they released a full-length album, separating the two eras of the band’s career. Although this is the shortest amount of music out of the releases on this list, the Neck Deep/Knuckle Puck split was a highlight in their career and gained them more fans.

2. While I Stay Secluded

1. The Weight That You Buried

The Weights That You Buried ranked first on our Knuckle Puck albums ranked list due to it’s explosion into the scene and defining yet another new age within pop-punk. Songs such as Everything Must Go stand out as they feature beating drums and non-stop guitars from the very beginning to the very end of the song and keep you hooked the entire time through. Yet another EP from the band, The Weight That You Buried featured some of the most unique and hard-hitting tracks from Knuckle Puck.