Netflix has recently released a documentary about Ted Bundy. Conversations with a Killer: The Ted Bundy Tapes documentary including raw footage and a rare scenes from the Ted Bundy trial between 1974 and 1978. Echoing the murder themed, docu-style thriller the Netflix series have generated, the film focuses on a psychopathic murderer. If you liked The Ted Bundy Tapes, we suggest you give this film a try. Here is the full official synopsis: 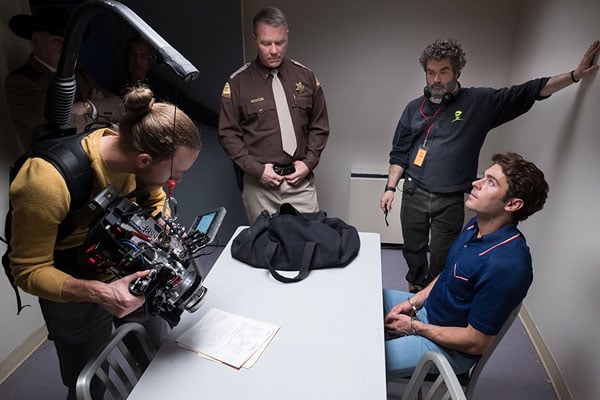 “1969. Ted (Zac Efron) is crazy-handsome, smart, charismatic, affectionate. And cautious single mother Liz Kloepfer (Lily Collins) ultimately cannot resist his charms. For her, Ted is a match made in heaven. And she soon falls head over heels in love with the dashing young man. A picture of domestic bliss, the happy couple seems to have it all figured out… until, out of nowhere, their perfect life is shattered. Ted is arrested and charged with a series of increasingly grisly murders. Concern soon turns to paranoia and, as evidence piles up. Liz is forced to consider that the man with whom she shares her life could actually be a psychopath.” It stars with Zac Efron, Lily Collins, Kaya Scodelario, John Malkovich and James Hetfield. It’s directed by Joe Berlinger.

Extremely Wicked, Shockingly Evil, And Vile hits the theaters in 2019. Check out the first trailer below.