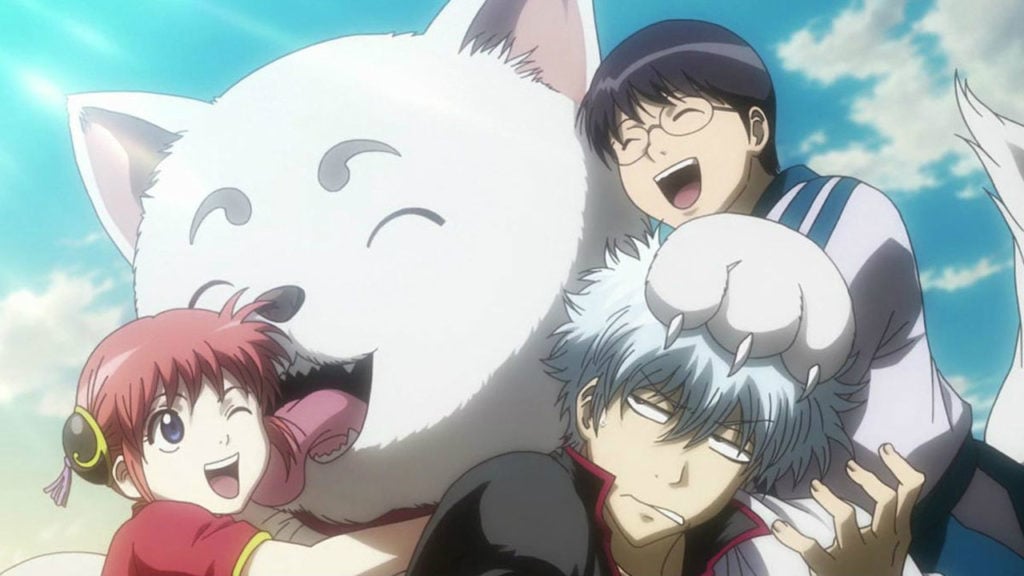 Gintama is one of the beloved and biggest anime series in the world along with its 367+ episodes, 1 OVA Series, 8 TV installments, 4 Movies, and 5 specials. So, it can get really messy and might take courage to start the anime series since it’s really hard to figure out how to start. The anime series is a really long and funny journey you should dive into actually, so we are here to help you if you want to do so.  So, here is its content list as an easy guide for you to start to watch it in order.

Gintama is a Japanese manga series written and illustrated by Hideaki Sorachi and has been adapted into an original video animation (OVA) by Sunrise in 2005. And it was followed by a full 367-episode anime television series, which debuted in April 2006 on TV Tokyo, and finished in October 2018.

The story of Gintama follows Gintoki Sakata, who works as a freelancer alongside his friends Shinpachi Shimura and Kagura in order to pay the monthly rent. The anime sets in Edo, which has been conquered by aliens named Amanto and is divided into six seasons with a total of 367 episodes along with its sequels and spin-offs, and more. Here is the easy guide for you to watch Gintama in order.

After you are done with the first season, watch Gintama’ (2011). It is a sequel of the first Gintama anime following an eccentric samurai, Gintoki Sakata and Shinpachi Shimura, and a teenage alien girl named Kagura. All three are “freelancers” who search for work in order to pay the monthly rent, which usually goes unpaid anyway. The sequel has 51 episodes and aired from Apr 4, 2011, to Mar 26, 2012.

It’s the first movie of the manga following the story of arc from Gin Tama in which Kotaro Katsura is attacked by a member of the army Kiheitai, and the freelancer trio Odd Jobs Gin starts searching for him.

The second movie of the anime was released in Japan on July 6, 2013. It follows Gintoki as he travels to a future where he has to deal with a mysterious group of sorcerers.

It is a sequel to the Gintama° anime series which aired in 2015 and ended in 2016. This anime sequel has 12 episodes and continues following eccentric samurai, Gintoki Sakata, his apprentice, Shinpachi Shimura, and a teenage alien girl named Kagura.

We haven’t added the specials into the guide list since they are not that important because of carrying any story progression. But if you still would like to watch them, here is their order down below.

Should you start watching Gintama?

It is a really fun and exciting anime series to watch. So if you want to tear up in laughs while you are wandering around the adventures, well, this is the one for you. There might be tons of episodes and seasons which might scare you, but if you follow the guide there will be no confusion and the episodes will flow like a river, I hope. It starts a little slow at first but as you go on you will see the action and the comedy going up along with. You will really enjoy watching it as you see each storyline and character development properly.

Here are the other guides of ours if you want to take a look at other anime series as well.