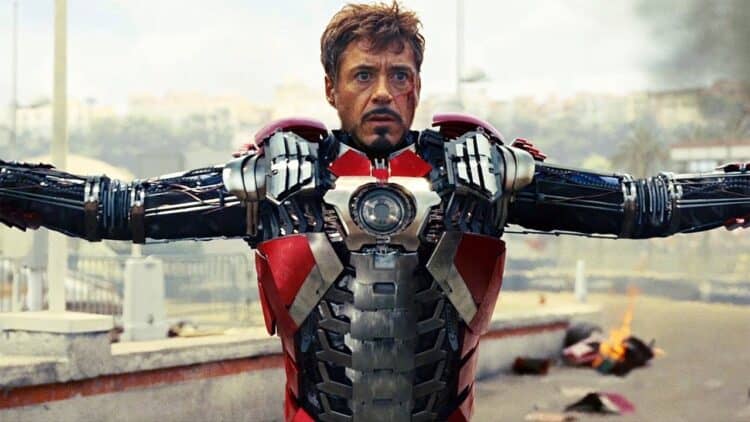 Iron Man was the movie that started up the Marvel Cinematic Universe. As a result, interested individuals can find a great deal of information about every single aspect of the movie. For instance, the Iron Man soundtrack was done by composer Ramin Djawadi, who winded up being chosen because the director Jon Favreau’s first choice of composer John Debney wasn’t available at the time. At the time, it met with a less than enthusiastic reception from the critics, not least because of its use of electric guitar. Still, it is amusing to note that the Iron Man soundtrack was nominated for a Grammy anyway.

There isn’t much that can be said about this one. It has a bit of a mysterious vibe. Something that is kind of undermined by the generic way in which the track went about creating that mysterious vibe. “Golden Egg” isn’t offensive to listen to. Unfortunately, it isn’t unoffensive to listen to either. Instead, it is just there, which to be fair, makes sense when movie soundtracks often need some filler.

Speaking of which, this is another example of the less memorable tracks that get included for the purpose of being paired with a less memorable scene. It does what it is supposed to do with considerable speed. After which, it moves on so that something else can take its place.

Some people rate this one highly because of the scene’s nostalgic value. However, the music itself isn’t that impressive. If anything, it suffers from the same issue as a lot of its counterparts, which is to say, it is serviceable and only serviceable. Still, “Mark I” does its job.

“Fireman” falls victim to the same problem as “Mark I.” It is good for a listen or two. However, chances are good that it will become tiresome past that point because it doesn’t have anything that really makes it stand out for better or for worse.

Action movie soundtracks start to sound the same after a while. This is true even for the tracks that were meant to be paired with more emotional scenes. Still, “Vacation’s Over” is the kind of thing that could be enjoyable while the listener is focused on something else.

This is very much one of those tracks that get used to set up something better. It doesn’t sound out, but it wasn’t meant to stand out anyway.

“Mark II” manages to be an improvement on “Mark I.” Considering the two tracks’ respective names, this is as it should be. Other than that, “Mark II” isn’t particularly worth commenting upon.

“Damn Kid” stands out a bit when compared with the rest of the soundtrack. However, that isn’t enough for it to compete with the rest of the music that can be found out there. It is nice enough but nothing more than that. Something that interested individuals can listen to from time to time without too much comment.

This track maintains tense focus throughout. Something that makes a lot of sense considering its use in the movie. Better still, it isn’t as stale as some of the others.

“Merchant of Death” oozes with late 2000s style. It isn’t quite capable of living up to its name, which possesses a lot of metaphorical punch because of its real world meaning as well as its relevance for the movie’s main character. Still, it isn’t a bad track.

8. “Driving with the Top Down” – Ramin Djawadi

There can be no doubt about the fact that this is one of the more memorable tracks. Indeed, there are those out there who consider this to be the Iron Man track because they see it as the one that is most representative of the titular character. “Driving with the Top Down” is a bit generic-sounding. Even so, it possesses a fair amount of charm.

“Institutionalized” is very noticeable. For starters, it actually has someone voicing the lyrics because it is the debut single from Suicidal Tendencies’ debut studio album. As for its merit, well, it is possible to come up with explanations for why its rambling has a place on the Iron Man soundtrack. However, it definitely stands out in a somewhat jarring way, so it is very understandable if people don’t actually like it very much.

Like the title says, this is the 1966 version of the Iron Man theme. It is interesting, which is not necessarily in a bad way. However, it is too short and too out-of-date to say much more about it.

Of course, this would be the 2008 version of the Iron Man theme. The similarities are very clear. Simultaneously, this is much more up-to-date, meaning that this is much more in-tune with the times. If its predecessor can be described as charming with a bit cringe. This can be described as all charm and no cringe, though it is a bit jarring when compared with most of the other tracks on this list.

This is pretty much video game boss music. Having said that, this makes sense because this is the track for the big confrontation. There are better examples of boss music that can be found out there. However, “Iron Monger” does its job well enough. Moreover, there is a bit of cleverness because it is more than a bit reminiscent of the Iron Man-specific tracks, though it is a much heavier take. Presumably, that is meant to highlight the similarities between the movie’s main character and his main antagonists.

Unsurprisingly, “Arc Reaktor” also gets a high position on this list. After all, it is another track meant to be paired with a very tense scene in the movie, meaning that it is supposed to be a highlight of the soundtrack. Fortunately, “Arc Reaktor” managed to live up to those expectations well enough, which is by no means guaranteed when it comes to these things.

Visual spectacle is core to any action movie. However, the right track can make the visual spectacle that much more pleasing as well as that much more memorable. “Gulmira” is an excellent reminder of this. Much of the Iron Man soundtrack isn’t particularly noteworthy either way. This is one of the tracks that manage to lift up the rest.

There can be no doubt about the fact that this is one of the most memorable tracks on the Iron Man soundtrack. This is particularly true because it doesn’t just represent this movie, it also served as the track that launched the Marvel Cinematic Universe in a very real sense. Something that was very difficult to imagine succeeding the way that it has.